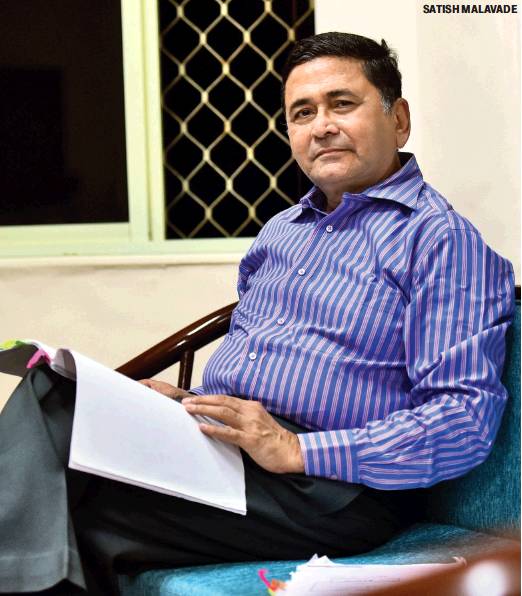 Former Principal Secretary MA Sayeed is the only official left in the department after the chairman, SR Bannurmath, retired in Jan

The Maharashtra State Human Rights Commission (MSHRC) has at least 16,000 pending cases, but only one member to clear them. The state agency should ideally have a chairperson, a secretary of the rank of a senior IAS officer and two members, but its functioning has been crippled since January, when the chairperson SR Bannurmath retired.

Bhagwantrao More, a retired IPS officer and member of the commission, took over the mantle of acting chairperson, but he, too, retired on September 15. IAS officer of 1999 batch Anshu Sinha, who was the secretary, left the post for foreign training around the same time. This left MA Sayeed, former state principal secretary (law and judiciary), as the sole member of the MSHRC.

The post of the chief is reserved for a retired chief justice and any appointment to it has to be done with recommendations of the Bombay High Court. Soon after Bannurmath’s retirement, the state home department asked the HC to recommend two names. It then proposed former HC chief justices Manjula Chellur or Dhirendra Waghela for the chairperson’s post, but Chellur took up assignment as head of the appellate tribunal for electricity in the ministry of power. Waghela was appointed the Karnataka State Human Rights Commission’s chief in the interim. The Maharashtra government is yet to offer fresh names.

Senior IAS officer V K Gautam of the 1987 batch was recently appointed for the post of secretary, but he has not joined so far. Sources in Mantralaya said he is not keen on the post.

Sayeed pointed out that even the investigation wing—comprising an inspector general (IG) and a superintendent of police (SP), which initiates an inquiry when a case is taken up for hearing—has been vacant since last year. IG Kishor Jadhav retired in December 2017, and SP Harish Baijal was transferred in June.

“The state government has appointed an SP from the Thane police, but he is yet to be relieved from his duties there. No one has been appointed for the post of IG, though,” he said. “I have been told that the state government recently told the court that it will fill vacancies in six months.”

DK Jain, state chief secretary, asserted that all vacancies will soon be filled.

Massive case pendency has been the MSHRC’s Achilles heel for years. When Bannurmath assumed charge in 2013—filling the post after two years—the commission had 12,000 pending cases.

Press Release - Maharashtra CM invoking Section 154 of the MR&TP Act
How Will Kerala Be Affected by the Koodankulam Project?
Sunny Leone CNN IBN interview reeked of misogyny and misplaced moralising
India - Surrogacy on the rise in tribal areas