Maharashtra – In a First 11 get ‘life’ under Black Magic Act 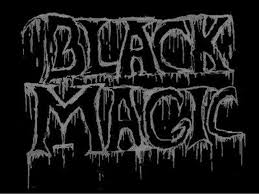 Nashik: The Nashik district and sessions court on Tuesday sentenced 11 people, including three women, to life imprisonment for killing two elderly women in Ghoti area of the district in October 2014.

Significantly, the accused were also convicted under the Prevention and Eradication of Human Sacrifice and other Inhuman, Evil and Aghori Practices and Black Magic Act, 2013. “This could be the first conviction in Maharashtra under the Act,” assistant public prosecutor Deepshikha Bhide told TOI.

“The testimonies of the doctors at the Nashik Civil Hospital were crucial. They told the court that the two women had died of cardiac arrest after the suspects danced on their bodies believing that it would rid them of evil spirits,” said Bhide.

The victims, Budhibai (60), her sister Rahibai (80) and another woman Kashibai Veer

(80), were brought to Take Harsh village in Ghoti where they were kept in confinement, beaten up and danced upon. Budhibai and Kashibai succumbed on the intervening night of October 30 and 31, 2014, but Rahibai managed to escape and was the key witness in the case.