Despite a long-held tradition of marrying off girls once they reach 15 years of age, a tribal village in the underdeveloped area of Maharashtra has stopped the ill-advised practice of child marriage for the past two years 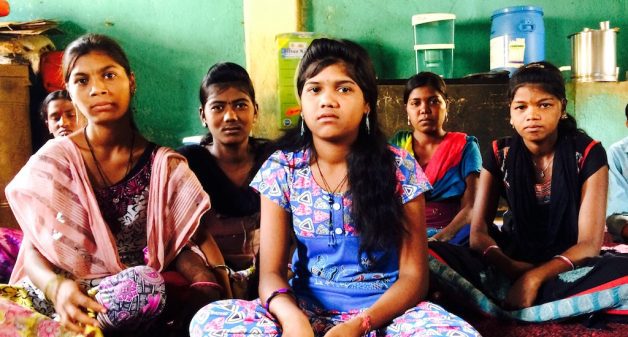 Young girls of Shivali village in Mokhada are saying no to an early marriage. (Photo by Nidhi Jamwal)

Summer vacations have just begun and 15-year-old Sangeeta Yashwant Chavan is excited to be home. A student of boarding school, Kasturba Gandhi Balika Vidyalaya at Sakri in Dhule district of Maharashtra meant for dropouts and never-enrolled tribal girls, Sangeeta plans to spend the vacation preparing for her eldest sister Savita’s marriage scheduled later this year.

The mere mention of word lagan (marriage) makes Savita’s face go red as she blushes uncontrollably. It is not common to come across a 19-year-old unmarried girl in tribal villages of Mokhada taluka (administrative block) in Palghar, which, apart from early child marriages, are notorious for malnutrition.

“Unlike Sangeeta, who just completed her 9th grade examinations, I dropped out of school after 7thgrade. Our parents were poor and migrated every year. In their absence, I had to look after my younger siblings,” says Savita, who has three younger sisters and two brothers. They belong to the Warli scheduled tribe and live in Shivali village of Mokhada taluka. “But I feel fortunate that I was not pushed into an early marriage by my parents. I continue to help them in the fields and at home,” she told VillageSquare.in.

In Palghar, a tribal district carved out of Thane district of Maharashtra in 2014, it is common to marry off girls by the age of 15 years. Within a year, they become mothers. And, by the time they are Savita’s age, they already have two to three children.

However, slowly the wind of change is blowing through the tribal villages, which are opposing child marriage and passing strictures against it. Shivali is one such village. In 2014, the village council of Shivali passed a thehrav (resolution) against child marriage. All its 175 families vowed not to marry their daughters before the age of 18 years. Since then, no underage girl has been married in Shivali.

“Early child marriage is a major social ill in adivasi areas such as Mokhada. Linked to it are other problems, such as maternal mortality, stunting, malnourished children, malnutrition deaths, poverty, etc,” Susheela Mahale of Aroehan, a Mokhada-based non-profit that works on health, education, and livelihoods, told VillageSquare.in. 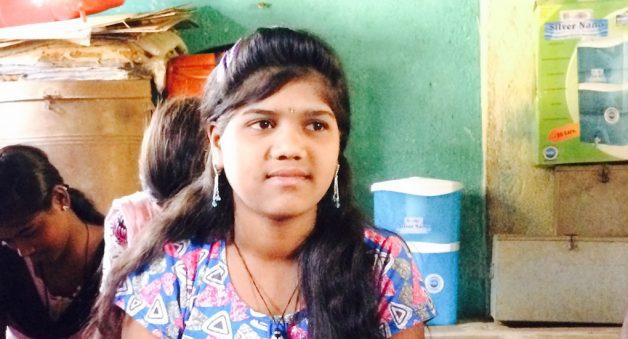 As per news reports, anywhere between 254 to 600 children died due to malnutrition last year in Palghar district of Maharashtra. Mokhada was one of the worst affected talukas. According to the National Family Health Survey-4 (2015-16), 49.9 percent pregnant rural women (15-49 years) have anemia in Maharashtra. More than 38 percent rural children under the age of five are stunted (height-for-age). Another 26.1 percent, 40 percent and 9.4 percent under-five rural children are wasted (weight-for-height), underweight (weight-for-age) and severely wasted, respectively. The state government is working on a program to reduce maternal mortality in adivasi talukas.

“When a malnourished, anemic and stunted girl gets married by an age of 14-15 years and bears a child at 16 years, her child is also malnourished and extremely weak. This pushes the adivasi girls into a vicious cycle, which is hard to break,” says Mahale. “An early marriage is a threat to both young mother and her child’s life.” Mahale, a resident of Jawhar taluka, was married at the age of 16 years. “I am now working with Aroehan to stop other adivasi girls from getting married at an early age,” says Mahale.

Aroehan, though its health program, is working towards safe motherhood and reduced malnutrition in Mokhada and Jawhar talukas of Palghar. One of the important elements is to put an end to the practice of early marriage. “In order to educate adivasi girls and women, we regularly hold mata baithak (mothers’ gathering) and kishori sabha (young girls’ meeting) in the villages. Apart from discussing issued of puberty, pregnancy and safe childbirth, we also talk about ill-effects of early marriage,” informs Mahale.

The progress is slow, but efforts are bearing fruits. “Earlier, as soon as a girl in our village used to hit puberty, her parents would marry her off. Girls never managed to study beyond class 7 (the zilla parishad school at Shivali is till 7th class),” Bharti Raghunath Khetadi, a resident of Shivali, told VillageSquare.in. “But, since the passing of resolution against an early marriage, girls like Sangeeta are going to residential schools to pursue education. Some are learning tailoring whereas others want to become nurses,” says a proud Khetadi.

Take the case of Sangeeta. After completing her education in the local zilla parishad (district council) school, she had to drop out for a year, but went back to school. “The year I completed class 7th in the local school, no seat was vacant in the Kasturba Gandhi Balika Vidyalaya at Sakri, about 8 km from our village.  I waited for a year and my father ensured I got admission the next year,” says Sangeeta, whose elder sisters, Savita (19 years) and Kavita (17 years), studied till class 7. Four more girls from Shivali village study in the residential school at Sakri.

According to Khetadi, passing resolution against early marriage wasn’t an easy decision. “We personally visited people’s homes who were resisting the proposed resolution and explained how an early marriage translates into sickness and diseases, which leads to debt, migration, poverty and death,” reminisced Khetadi.

Those who still did not understand were informed that marriage below 18 years age was a crime and could lead to getting jailed. Eventually, the entire village came together and passed the resolution in the gram sabha in 2014. Villagers claim the resolution has stopped early marriage of at least 45 young girls.

Meanwhile, Sangeeta has her future plan of action ready. “After completing my graduation, I will join the police force. Marriage can wait,” she says smilingly. Her elder sisters, Savita and Kavita, admire her with pride.