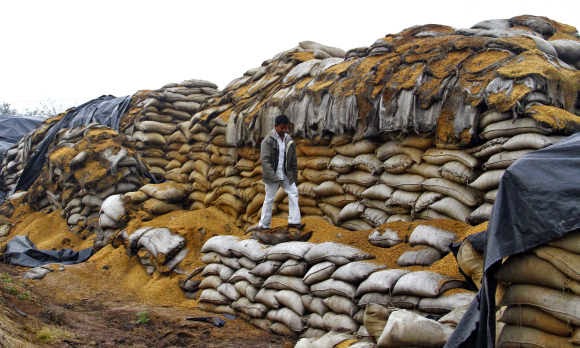 A State wide mass agitation will be held on Sept 21st to protest against the recent directive issued by the Maharashtra Government to deny the poor foodgrains from ration shops guaranteed under the Food Security Act, 2013.

This has amounted to diluting the Food Security guaranteed to the poor after a long agitation. This is clearly a step towards dismantling the PDS system.    Anna Adhikar Abhiyan, Maharashtra strongly condemns this decision and plan to agitate at taluka and district level across Maharashtra on 21st September 2018 to remind the Government of its Food Security commitment to the Poor.

Various organisations and progressive political parties in the nation had compelled the UPA Government in 2013 to bring the Food Security Act giving the poor people right to get foodgrains at cheaper rate from the ration shops.

The G.R. issued on 21st August has clearly gone against this right guaranteed to the Poor since it will force the poor to buy foodgrains from the market and leave them vulnerable to wide fluctuations in the market. The experience in several states has shown that large scale diversion of funds has happened consequent to the new Aadhar linked DBT system.

This step will dismantle the current foodgrains procurement and distribution system in which the Government was a major stakeholder. With Government absolving itself of the interventionist role in buying and distributing foodgrains, the agrarian economy will fall in the hands of monopoly food aggregating companies furthering corporate interests.

A false narrative has been build that by directly depositing amount in the bank account of the Poor beneficiaries, there will be no scope for corruption. This narrative runs contrary to socio-cultural ground reality is different. According to one of the study, 91% of people in Andhra Pradesh, 88% in Orissa, 90% in Chhattisgarh, and 81% in Himachal Pradesh want only food grain.  It is revealing to note that among those giving priority to cash, most are males. (Infochangeindia.org/agriculture/analysis/the-case-against-cash-transfers.html).

While taking this decision, the govt. did not engage other stakeholders such as farmer’s bodies and organizations working at the grassroots and the people’s representatives but has signed a MoU with a US based company/NGO Abdul Latif Poverty Action Lab.  Claiming to be transparent, nationalist and patriot the government of  Maharashtra on the contrary has given in to the hands of foreign NGO  in a very dictatorial manner.

This has clearly been under the pressure of WTO which wants US based aggregating companies to procure foodgrains and sell it at market determined prices. The experience of similar system in several other countries has shown that it has helped the foodgrains aggregating companies and US farmers who are already highly subsidized while creating disadvantages for small farmers, consumers and poor dependent on the PDS to save them from the shock of so called price discovery of food aggregators.