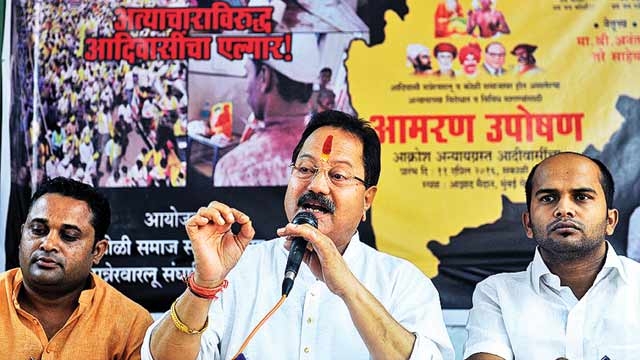 Government’s own analysis of six years’ data reveals that a whopping 44.5% ST candidates selected through MPSC are fake tribals. Class-1 and police inspector ranks have most number of bogus tribals.

As the biggest ever caste certificate scam in Maharashtra is unearthed by dna, more skeletons are tumbling out. It’s now revealed that the ‘bogus’ tribals have targetted the best of government jobs – the state administrative services.

All this when most of the tribals are still living below poverty level and struggling for basic needs. The reservation benefits they were eligible since 1950 has not helped in their upliftment, thanks to the entry of bogus ones.

Government’s own probe into five years’ records of the Maharashtra Public Service Commission (MPSC) results reveals that a whopping 531 candidates of the total 1,192 selected under the schedule tribe category are bogus tribals. This means that 44.5% officers selected through MPSC’s tribal quota in the last five years have grabbed the jobs fraudulently.

The data was analysed by the Tribal Research and Training Institute, Pune, a government agency.

Over 45 of these fraudsters are working as class-1 officers and 250 as group-B officers in various government departments. “Police, revenue and agriculture departments have most number of bogus officers,” revealed an official.

“The probe was launched for 2009-2014 results after we received several complaints regarding abnormally high number of candidates from two tribes alone – Mannerwarlu and Mahadeo Koli – making it under ST quota,” said a top official from the Tribal Development Department. The state has 47 scheduled tribes, enjoying reservation benefits.

The report, submitted to the government last year, however didn’t meet with any action. The department woke up only when 2015 MPSC results were declared. A scrutiny, ordered in the wake of complaints, put over 25 of the 43 who cleared the MPSC exam from tribal quota under ‘bogus’ category.

dna, in a page-one report on March 10 edition, ‘Maha’s bogus tribals have made it to babudom as well’, had stated that the government has stalled the posting of all 25 who cleared the MPSC in 2015 and has approached the Aurangabad bench of the High Court seeking cancellation of their selection.

dna has learnt that the bogus tribal issue will be one of the top agendas when the Tribal Advisory Council meets on Wednesday (April 6). Chief minister Devendra Fadnavis will chair the meet in which all major issues related to tribal welfare would be taken up. Tribal MLAs of all parties and top officials from the Tribal Development department will be attending the meet.

Picture: Anant Tare (MLC, Shiv Sena) and other leaders of Mannerwarlu and Mahadeo Koli, addressing media in Mumbai on Tuesday. They announced a hunger stir from April 11, in response to the tribals’ rally on Wednesday (dna – Fariha Farooqui)