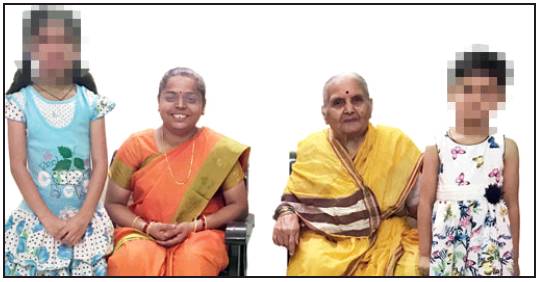 Sudhanwa Gondhalekar (39), a resident of Karanji Peth in Satara who was among the three men arrested by the Maharashtra Anti-Terrorist Squad (ATS) for allegedly planning major terror attacks in different parts of the state, was once an active member of Hindutva outfit Shri Shivpratishthan Hindustan, who is known to have developed close links with the Sanatan Sanstha later. Gondhalekar was also an avid reader of Sanatan Prabhat, a fortnightly published by Sanatan Sanstha, said a family member of the arrested accused. Sanatan Sanstha spokesperson Chetan Rajhans said Gondhalekar was a regular reader of Sanatan Prabhat, but he didn’t hold any formal posts in the Sanstha.

Gondhalekar was arrested along with Vaibhav Raut (40), the prime accused who is also said to be a sympathiser of the Sanatan Sanstha, and Sharad Kasalkar (25). Police said they have recovered 20 crude bombs, two gelatin sheets, a note on how to prepare bombs, one six-volt battery, a few loose wires, transistors and glue from Raut and Kasalkar.
Sources said Gondhalekar had knowledge of explosives and had trained the other two men on assembling them. The trio have been remanded to police custody till August 18.

On the website of Sanatan Sanstha, there are images of Gondhalekar supporting and participating in activities and agitations of the outfit, as well as those organised by Hindu Janjagruti Samiti (HJS), since 2014. He is referred to as a member of the Shri Shivpratisthan Hindustan, a right-wing outfit led by Sambhaji Bhide. Bhide has been accused of instigating violence in Koregaon Bhima on January 1, during which one person was killed and several others injured. However, police have said they don’t have sufficient evidence to arrest Bhide

Gondhalekar’s name appears in a news article about Hindutva activists preventing cow slaughter in Satara in April 2014. The website also has information on an agitation in Satara — ‘Rashtriya Hindu Andolan’ — in August 2016. Gondhalekar had participated in it, along with members of Sanatan Sanstha and HJS, and shouted slogans such as ‘Amhi sare sanatani’ (we all are sanatanis). He had also appealed to people to subscribe to Sanatan Prabhat.
Gondhalekar was also active in agitations against Maharashtra Andhashraddha Nirmulan Samiti, an outfit founded by rationalist Narendra Dabholkar, who was murdered in Pune in 2013. In September 2016, Gondhalekar participated in a press conference in Satara, along with Sanatan Sanstha spokesperson Abhay Vartak, and levied charges about the alleged mismanagement of Dabholkar’s trust.

A report in Sanatan Prabhat, on June 26, 2017, had called Gondhalekar’s daughter Saumya ‘a girl with 61 per cent spiritual level’. Nitin Chougule, a leader of Shri Shivpratisthan Hindustan, said, “Sudhanwa never held any responsibility of Shri Shivpratishthan Hindustan and we never asked him to represent our organisation during any programme of the Sanatan Sanstha. He could have participated in these programmes in his individual capacity. But he had not actively participated in our programmes in the last four years”.

Sanatan Prabhat said Gondhalekar’s family members — Yamunatai Dongre, 88, Sai Gondhalekar, 8, and Soumya Gondhalekar, 5 — had “defied the cycle of birth and death”. “Dongre achieved 63 per cent of spirituality and the two girls, 61 per cent. Sanatan sadguru Swati Khade felicitated them, and presented a photograph of Sri Krishna to Dongre and gifts to Sai and Soumya,” it said.

The felicitation took place at Gondhalekar’s residence in Pune and was attended by many sadhak (followers), said the report.

It also called Gondhalekar an activist of Shri Shivpratishthan Hindustan, the organisation founded by controversial rightwing leader Sambhaji Bhide, which denied any link with him following his arrest. Bhide has been booked in connection with the Bhima-Koregaon violence of January 1. Many other reports published on the websites of Sanatan Sanstha and right-wing outfit Hindu Janajagruti Samiti also referred to Gondhalekar as a member of Shri Shivpratishthan Hindustan.

Abhay Vartak, spokesperson of Sanatan Sanstha, said there was nothing to read into the felicitation. “Felicitating his family members does not automatically mean that they were members of our organisation. We felicitate many people who achieve certain levels of spirituality. It does not mean that they are sadhak of Sanatan.”

Shri Shivpratishtan Hindustan again sought to distance itself from Gondhalekar. “He was associated with us three to four years ago,” said spokesperson Balwant Dalvi.

Gondhalekar, a 39-year-old businessman from Pune, was arrested on Friday — along with Nalasopara residents Vaibhav Raut, 40, coordinator of Hindu Govansh Raksha Samiti, and Sharad Kalaskar, 25 — for conspiring to carry out attacks in the state.

Goa-based Sanatan Sanstha first came under investigators’ lens after its members were found to have carried out a bomb blast at a theatre in Thane on May 31, 2008. Two members were convicted for the blast in 2011. The organisation again came into infamy after its members were suspected to have carried out the Madgaon blasts of 2009. Two of its suspected members, Dr Virendra Tawde and Sameer Gaikwad, are also alleged to have been involved in the killings of Dabholkar in 2013 and Pansare in 2015.

A local Hindutva activist said, “Sudhanwa was a supporter of outfits that worked to further the cause of Hindutva and was seen as close to persons who had links with Sanatan Sanstha”. Gondhalekar lived with his parents, wife and two children at his residence in Karanaji Peth in Satara. Among residents of the locality, he was known as a religious person. His father Sudhir Gondhalekar told mediapersons that his son was innocent and would never do anything wrong. A family member, who did not wish to be named, said, “Sudhanwa completed his diploma in mechanical engineering from Pune. He later did a computer animation course and started his own business. He has been running his business for 12 years and many architects were among his clients. He had taken an apartment on rent in Pune, from where he operated his business…he visited Pune often”.

“He was involved in Hindutva work and social activities in Satara. His business suffered due to demonetisation and since then, he started focussing a lot on it. We have never heard about his communication with any Vaibhav Raut. He mostly discussed business issues. It is hard to believe that he was involved in any bomb-making activity…. the ATS has not communicated with us, but local police officials visited our home after getting to know about his arrest. We are co-operating with police,” he said.

Sources in Satara Police said while Gondhalekar had no criminal record in the district, they were trying to get information about an old murder case during his college days, in which he was suspected to be named as an accused, but was acquitted in 2003.

The Maharashtra Anti-Terrorism Squad (ATS) on Saturday seized another cache of arms and ammunition related to alleged terror plots in the state, this time from Pune. While arresting Vaibhav Raut, the ATS had found arms and explosives at his bungalow in Nalasopara. A police officer said Sudhanwa Gondhalekar revealed during his interrogation that more weapons were stored at a godown in Pune. “During a raid, 11 country-made pistols with magazines, an airgun, 10 pistol barrels, six pistol magazines, six partially-made pistol bodies, three partially-made magazines, seven partially-made slides of pistols, 16 relay switches and mechanism circuit sketches, a trigger mechanism, three 9V batteries, six vehicle licence plates, a few CDs, pen drives, hard disks, gloves, a handbook and several prints on making explosives, some mobile phones, a chopper, a steel knife, springs and torches were seized,” said the officer. Following this seizure, more charges were added to the FIR, and some associates of the three arrested men detained. The accused’s defence lawyer, Sanjiv Punalekar, alleged that four friends of Gondhalekar from Pandharpur and Pune were detained and tortured to accept that they supplied the explosives.