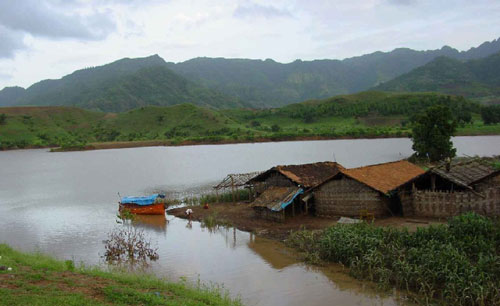 The Hon’ble Chief Justice of India

Respectful Greetings from an ordinary citizen to the Office of the ultimate Indian judicial authority, the Hon’ble Chief Justice of India !

I have travelled in the valley of the Narmada River in the past and observed at first hand, how the people, mostly Adivasis and Dalits, have been displaced from their homes and lands and livelihoods by uncaring and corrupt government officials. Whatever little relief that a small percentage of the Project Affected Families (PAFs) have received has been only at the hands of the judiciary.

I had e-mailed you on Sunday 26 June 2016 @ 3:08 PM , earnestly appealing for your very urgent attention and intervention to provide justice to the Project Affected Families (PAFs) of the many dam projects in the Narmada Valley, who have been cheated of resettlement & rehabilitation (R&R) over three decades by corrupt and uncaring government officials.

I have again very recently (29, 30 & 31 July 2016) travelled in the Narmada Valley to meet PAFs in the submergence villages after the Sardar Sarovar Project (SSP) dam has been raised to its finished height of 138.68-m, with installation of the sluice gates. The on-going monsoon has already raised the water level upstream of the SSP dam and when it rises further as it surely will, it will submerge many villages and habitations, drowning 45,000 PAFs (2,25,000 people). The situation for these PAFs is therefore grim and very serious.

My interactions with them reveals that, in desperation they look forward to justice from the Hon’ble Supreme Court, since successive state and central governments and successive state and central legislative bodies have abandoned them. In this connection, I must mention that I have written e-letters on 27 June 2016 to the Hon’ble Prime Minister, Shri Narendra Modi, and the Hon’ble Lok Sabha Speaker Smt Sumitra Mahajan. I have not received even a simple acknowledgement of receipt from the offices of these Hon’ble personages.

The Hon’ble Supreme Court has decreed that R&R will be done by governments by providing land-for-land as compensation – though the rights of landless people, fisherfolk and artisans are not covered – but that too has been effectively negated over the years, by officials of successive governments. Officials of the Government of Madhya Pradesh (GoMP), Government of Maharashtra (GoM) and Government of Gujarat (GoG), have provided false Action Taken Reports (ATRs) of resettlement & rehabilitation (R&R) to the Hon’ble Courts.

The Hon’ble Supreme Court had ordered that raising the height of the Sardar Sarovar Project (SSP) dam was to be executed in lifts (stages) only after the R&R mandated for the previous stage is completed. However, false ATRs showing completion of R&R have resulted in the Hon’ble Supreme Court permitting raising of the SSP dam height in stages, when in fact the PAFs were not actually rehabilitated. Thus the PAFs’ constitutional right to life has been and continues to be violated by the very governments which are sworn to protect them. This is continuing, unremedied, rampant economic violence, social injustice and inequity inflicted on the poorest and most helpless sections of our society, not unlike what the British did in pre-Independence times.

In addition to the apathy, indifference and callousness of government officials in the R&R processes, there has been massive corruption in the R&R of PAFs. Taking cognizance of reports of corruption, the Hon’ble High Court of Madhya Pradesh constituted a commission of inquiry under Hon’ble Justice S.S. Jha (hereinafter, the Jha Commission) in August 2008. The Jha Commission submitted its report in January 2016, after years of detailed investigation into corruption in the R&R processinvolving government servants. It revealed massive fraud amounting to about Rs.1,000 crores.

However, the Jha Commission Report has been withheld from the public domain due to GoMP raising technico-legal objections presumably because the facts therein would incriminate several GoMP officials. Thus, in spite of the efforts of the Hon’ble High Court of Madhya Pradesh, the PAFs are denied the justice which the Jha Commission Report would have provided to them. The PAFs cannot be faulted if they speak of GoMP covering up corruption by government servants. They demand that the Jha Commission Report be placed in the public domain, not merely to expose the humongous corruption, but more to show that it is criminal corruption which has derailed the R&R process and denied them the compensation which the Hon’ble Supreme Court of India has decreed, and violated their right to life as guaranteed by Article 21 of our Constitution.

But today, and very urgently even as I write, for all the foregoing reasons, with the on-going monsoon, the people of the Narmada River valley are in imminent danger of being flooded out of their homes and lands or drowned, due to the rising waters in the reservoirs behind the hundreds of small, medium and large dams, which have been constructed on Narmada river and its tributaries over the years. In particular, the SSP dam at its finished height of 138.68-metres with the sluice gates installed, threatens the lives of around 45,000 PAFs in Madhya Pradesh. There is a human disaster-in-the-making.

There are several other very serious ill-effects of the dams in the Narmada valley, but these can be addressed later. As of now, the existential threat to the upstream PAFs due to the SSP dam height being raised to 138.68-metres and installation of the sluice gates, in knowing and deliberate violation of the orders of the Hon’ble Supreme Court of India, needs to be addressed with extreme urgency.

I have myself met people at grassroots levels, and find them to be greatly disillusioned that their pleas, pleadings, prayers, and peaceful demonstrations and agitations over the past three decades to various levels of successive governance at State and Centre, has fallen on deaf ears. The voice of poor Adivasi and Dalit people who live in Narmada’s remote valleys is not heard in the distant corridors of power of the States and Centre. Nor does the public know much about them, because the print and electronic media gives their problems and pitiable condition little or no coverage, possibly because of government influence and the geographical remoteness of the PAFs. They even speak that Courts of Law hear cases of the rich and famous immediately and pass orders within days, but their causes and cases wait for years even for a hearing, let alone a decision, often enough because government lawyers stall the true dispensation of justice. Their belief in our justice system is shaken already, and this situation is undeniably bad for our democracy.

In the context of the current nation-wide drought situation, the whole of India prays for and eagerly awaits the monsoon. But there are about 45,000 PAFs in Madhya Pradesh alone, who live in dread of that very monsoon for which we pray, because it will drown them.

Hon’ble Sir, you hold the Office of the ultimate constitutional judicial authority in our country, and there is nobody but the Almighty higher than your onerous Office, to provide true justice to the suffering children of Narmada mayya. Your taking cognizance of this disaster-in-the-making in the Narmada valley and taking urgent steps to halt it, will not only bring the blessings of the poorest of India’s people on you as a prominent citizen at the apex of the justice system, but will raise the Office of the CJI to hitherto unattained heights. In every manner, this will do good to our Republic.

Therefore, in the immediate interest of saving the lives and livelihoods of all the PAFs of Narmada valley and in particular the 45,000 PAFs of Madhya Pradesh affected by raising of the SSP dam to its present level, my humble, fervent and very urgent prayers to you, Hon’ble Sir, are:

I will be happy to clarify any details by attending your presence at your early convenience, if you so desire.

With respectful regards, and in fervent hope of the most immediate and favourable attention of the Hon’ble Chief Justice of India to expose the truth of on-going injustices, I am,

Texas Execution Prompts EU To Call For Moratorium On #DeathPenalty
Why most women would never marry Narendra Modi #Sundayreading
My Husband Killed Harshita: Haryanvi Singer’s Sister Comes Forward
Why I am unhappy with the transgender persons bill