Make in India to Kill in India 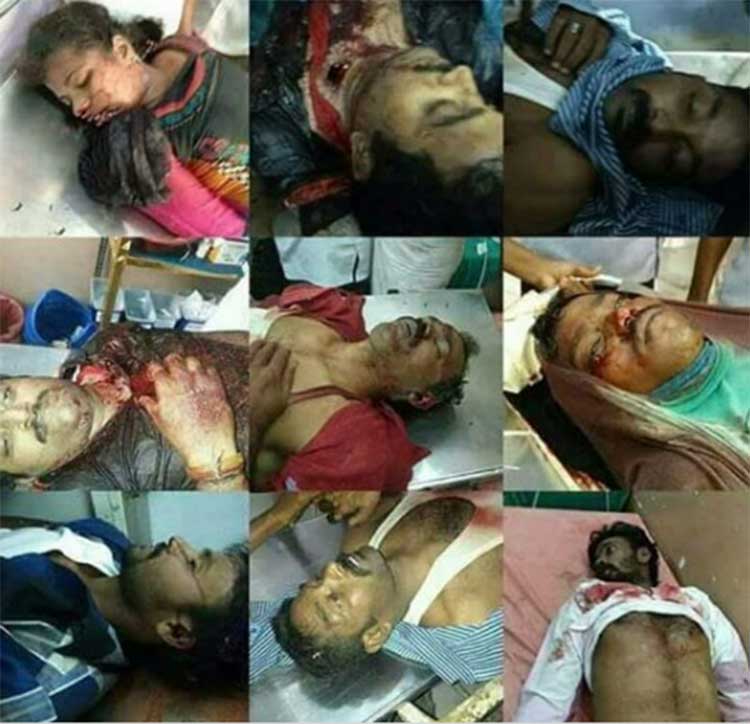 Lawrence Summers, the World Bank’s chief economist in a confidential memo in 1991 said, “Shouldn’t the WB be encouraging more migration of the dirty industries to the LDCs (Less Developed Countries)? The measurement of the costs of the health impairing pollution depends on the foregone earnings from increased morbidity and mortality. From this point of view, a given amount of health-impairing pollution should be done in the country with the lowest cost, which will be the country of the lowest wages. I think the economic logic behind dumping a load of toxic waste in the lowest-wage country is impeccable and we should face up to that.” Sterlite Copper is a perfect example of WB’s expectations.

Very serious issue in the Sterlite Copper, like every other toxic industry, is the ecological damage   inflicted on the surroundings. Right from its inception in 1993, Sterlite Copper has been facing resistance from the fishermen groups and the local people. According to residents, the area in the vicinity of the unit is unfit for human habitation. Sterlite is accused of discharging noxious gases, especially during night. Medicines have become the staple diet for the people living around the plant. Impotency and abortion rates are also common now. Eye irritation and disease and death of cattle are some of the other complaints.

Because of the polluted air and ground water, respiratory problems, skin rashes and related problems are rampant. Way back in 1998, the National Environment Engineering Research Institute (NEERI), on the instructions of the Madras High Court, checked out groundwater samples taken from a bore well adjacent Sterlite’s surge pond. It found the presence of heavy metals way beyond permissible levels including arsenic and aluminum.

How could a plant of such hazardous nature play havoc with the environment and the lives of people? We have adequate laws to deal with poisonous industries. Even the health inspector of a municipality is vested with powers to shut down such toxic industries. Yet rarely these laws are enforced resulting in massive pollution of the air and water sources and destruction of health and livelihoods of people living around such plants.

The Supreme Court in multi-various judgments delivered in the past three decades [in cases relating to Kanpur tannery, Oleum gas leak, Udaipur chemical industry, Vellore tannery, Tirupur dyeing etc] stipulated the following conditions: One of the vital guarantees in our Constitution is the protection of the Right to Life enshrined in Article 21. The apex court further expanded the concept of the right to live with human dignity to encompass within its ambit, the protection and preservation of environment, ecological balance free from pollution of air and water.

Despite these constitutional provisions, pollution continued unabated. The river Ganges was brazenly polluted by the discharge of effluents by some tanneries in Kanpur who, despite notices issued by the Supreme Court to take steps for the primary treatment of industrial effluent, had utterly failed to do so. Hence the court was constrained to issue directions for the closure of the tanneries. The court was conscious that closure of tanneries may bring unemployment and loss of revenue, but it significantly ruled that “life, health and ecology have greater importance to the people.”

A five-judge bench, in the Oleum Gas Leak case, unanimously ruled that “an enterprise which is engaged in a hazardous or inherently dangerous industry which poses a potential threat to the health and safety of the persons working in the factory and residing in the surrounding areas owes an absolute and non-delegable duty to the community to ensure that no harm results to anyone on account of hazardous or inherently dangerous nature of the activity which it has undertaken.”

In 1996 in the Udaipur Chemical Industry case, the court pointed out that the rule of absolute liability is premised on the very nature of the activity carried on and “it is the enterprise carrying on the hazardous or inherently dangerous activity alone has the resource to discover and guard against hazards or dangers.”

The court further introduced the Polluter Pays Principle, which according to it requires that the financial costs of preventing or remedying damage caused by pollution should lie with the undertakings that cause the pollution. Under this principle, it is not the role of government to meet the costs involved in either prevention of such damage, or in carrying out remedial action, because the effect of this would be to shift the financial burden of the pollution incident to the taxpayer.

In its subsequent judgment in Vellore Tannery case, the court held that “the Precautionary Principle and the Polluter Pays Principle are essential features of Sustainable Development.” This is a milestone judgment in our environmental jurisprudence. The court reaffirmed the Polluter Pays Principle laid down in its previous judgments to mean that “the absolute liability for harm to the environment extends not only to compensate the victims of pollution but also the cost of restoring the environmental degradation. Remediation of the damaged environment is part of the process of Sustainable Development and as such the polluter is liable to pay the cost to the individual sufferers as well as the cost of reversing the damaged ecology.”

Supreme Court judgments constitute the law of the land and are binding on all courts, authorities and persons. Yet Sterlite Copper has violated the three important rulings of the apex court namely (1) Precautionary Principle (2) Polluter Pays Principle & (3) Sustainable Development. These violations by the Sterlite were allowed and blessed by the state agencies and unfortunately the judiciary also rendered a helping hand disregarding its own directives.

With the prospect of Sterlite Copper closing its shop looking bright, Tuticorin is facing a hazardous future. The Supreme Court’s ruling mandates that it is not the role of the government to meet the costs involved in either prevention of ecological damage or in carrying out remedial measures. No part of the liability arising out of industrial pollution can be limited nor passed on to the government.

There can be two views about the advantages or disadvantages of foreign investment in India. But there can be only one view: health well-being and protection of our people are paramount and must override revenue considerations. Foreign multinationals are not solicitors of the fundamental rights of our people. The Bhopal Gas case is a burning reminder. It would be against the interests and the cherished fundamental right to life of the people of India whose protection should be the primary concern of any civilised democratic government.

It is very doubtful that the present governments at Chennai and Delhi will force the Sterlite to carry out remedial measures to bring the ecology back to its original position and compensate all the victims now and in the times to come. Judiciary is the only ray of hope for the people of Tuticorin.

Reference: ‘Capping nuclear liability is a non-starter’ by Soli Sorabjee published in The Hindu in its 14.12.2009 issue.

Sankara Narayanan is an independent writer

Custodial death: FIR against UP cops who framed man in cow slaughter case
Absent Dalit: the Indian newsroom
When Godse first met Gandhi he brought him a sack of old shoes. What Bapu did next will shock you
Mismanagement And Controversy Beleaguer India’s Chief Justice