The special court’s order rejecting bail calls into question the NIA’s functioning and reinforces the perception that the government has acted slowly on the Malegaon blasts. 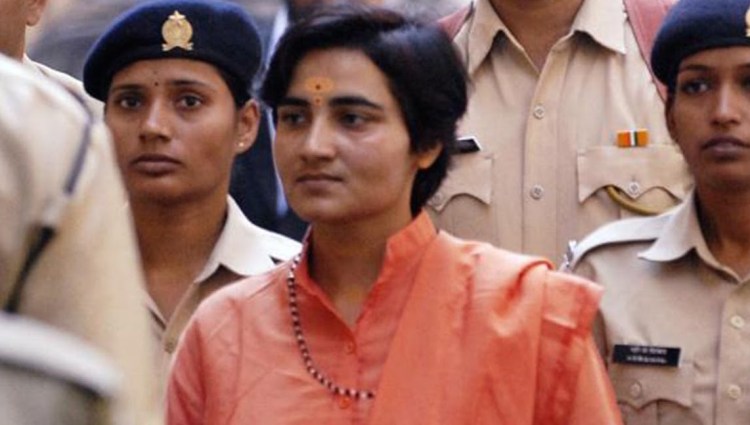 Soon after a special court in Mumbai rejected the bail petition of Pragya Singh Thakur in the 2008 Malegaon bomb blast case on June 28, the BJP’s spokespersons raised a storm against the order, calling it an example of ‘judicial oligarchy’. Party leaders even went so far as to criticise the court for not taking into account an earlier report by the National Investigation Agency (NIA). In May this year, the NIA had called the original Maharashtra Anti-Terrorism Squad (ATS) investigation led by the slain officer Hemant Karkare ‘dubious’, rejected all the confessions in the case and dropped all charges under the Maharashtra Control of Organised Crime Act (MCOCA) against the ten accused, including Thakur.

The leaders also raised a hue and cry over the disinterested attitude of the human rights activists, who, according to the BJP, stood up only for terror cases in which Muslims were the main accused. The RSS and its affiliate organisation have been talking about alleged human rights abuses in the case for a long time. Soon after Thakur was arrested on the basis of the initial ATS investigation, former Punjab director general of police K.P.S. Gill led a team of BJP leaders, including Balbir Punj and Praful Goradia, to meet then National Human Rights Commission member G.P. Mathur to lodge a complaint against her arrest. However, none of them could provide any solid evidence to back their case.

With the case taking a new turn given the NIA report, the opposition’s accusations against the Modi government for allegedly trying to influence the agency’s investigation became louder than before. In this context, the court’s order denying bail to Thakur comes as an affront to both the government and the NIA. Therefore, it may be worthwhile to look at its various aspects.

Judge S.D. Takale reviewed three positions while hearing the bail petition – that of the prosecution (the state of Maharashtra), the applicant (Thakur) and the intervenor Wahab Khan.

Thakur’s counsel argued that since the NIA had dropped the MCOCA charges against her and she has long been fighting breast cancer, the court should allow her the dignity to fight the case outside prison. It also claimed that the ATS used torture and harassment to get indicting witness statements against the accused.

Khan, on the other hand, argued against bail as he felt that “under the garb of further investigation investigating officer of NIA has practically made re­investigation in this matter which cannot be permitted [sic]”.

The judge pointed out two of the intervenor’s arguments: “According to him (the intervenor) if really ATS has made the false investigation then why investigating officer of NIA has not registered the offence and take appropriate action against ATS officers… He submitted that the applicant is such influential person that even though she is in jail witnesses have changed their statements.” [sic]

In the end, however, the judge could not ignore the prosecution’s case. While reviewing the case, the judge concluded that Thakur’s prima facie connection with the motorcycle used in the blast could not be ruled out. He also concluded that the NIA and ATS reports both said that Thakur was present at the controversial meeting in Bhopal, in which the plan to bomb the Muslim-majority locality of Malegaon was allegedly hatched. These two factors became the primary basis for denying bail to Thakur.

While rejecting the bail petition and discussing the Bhopal meeting, the court noted the following: “(i) Above participants in the meeting want to establish Hindu Rashtra i.e. ‘Aryavart’. (ii)…they wanted to overawe the government and wanted to establish government in exile. (iii) …they were not ready to accept the present constitution and want to prepare a new constitution suited to their ideology. This discussion further shows that above participants were of the view that persons resisting their ideology should be ex­communicated i.e. should be killed. [sic]”

The judge discussed at length “the mindset” of the accused and pointed out that the discussions at the Bhopal meeting “shows that that list of 70 persons was prepared by co-accused Prasad Purohit who were to be ex­communicated”.

Attack on the NIA

Rejecting the defence counsel’s argument that the NIA’s new report had brought about new “circumstances” and the court should hear the bail petition in light of its new findings, the court noted that “it is necessary to consider the investigation reports filed by ATS as well as further report filed by NIA”. It concluded that the circumstances in the case have not changed enough to completely reject the ATS report, especially when there are several pointers in both the reports that go against Thakur.

The court questioned the role of the NIA’s new investigation and pointed out that instead of taking off from where the ATS left the case, the agency chose to ignore its leads. The court said that “in the name of further investigation”, the NIA officer did not take into account “the new material on the basis of statements of witnesses recorded by the ATS” and instead “came to the conclusion contrary to the conclusion already drawn by this court as well as the Hon’ble High Court”.

The bail order implicitly raises doubts over the way the NIA has handled the Malegaon blast case. The bombing that killed eight people and injured at least 80 is only one in a series of blasts between 2006 and 2008 allegedly conducted by Hindutva extremist groups. The government has been accused of acting slowly on these cases. The bail order has only reinforced this perception. As the NIA’s independent functioning is in question, the Modi government may have much to explain in the next few days.

The full text of the bail order is below.

Thakur Bail Order by The Wire on Scribd