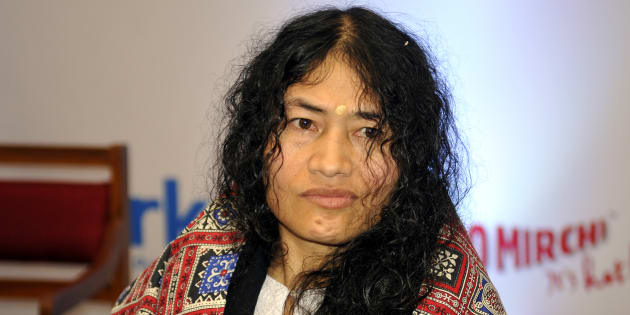 IMPHAL, Manipur — Human rights activist Irom Sharmila, who is contesting in elections for the first time in the upcoming Manipur assembly elections, has decided to drop her campaign at her home constituency.

‘I gave up Khurai constituency due to some inconveniences,” she told HuffPost India in an exclusive interview. One of the main reasons for her decision was that she could not stay at her family home for her campaign, she said. She has vowed not to return home or see her mother’s face until the Armed Forces (Special Powers) Acts (AFSPA) is repealed.

“Right now I have no home to live in,” she told HuffPost India, adding that she would keep moving from one place to another to live while she was campaigning in Khurai. “People at Khurai said when I remain roaming around like birds without a home how can we campaign for your vote? It may become a joke to which I tell ‘oh let it be then I will drop Khurai constituency’.”

“It may become a joke.”Irom Sharmila

The 44-year-old had announced last year that she would contest from Khurai, her home constituency, and Thoubal, which is the present state chief minister Okram Ibobi’s constituency. She formed her own political party, People’s Resurgence and Justice Alliance (PRJA), last October.

Speaking about her campaign in Thoubal, Sharmila said that she likes travelling in her bicycle and meeting members of the constituency.

“The reaction is mixed up but I think positive response is much larger because people there are eager for a change… after experiencing 15 years ruling of Congress government,” she said, adding that locals there have welcomed her and expressed their encouragement for women leaders in politics. 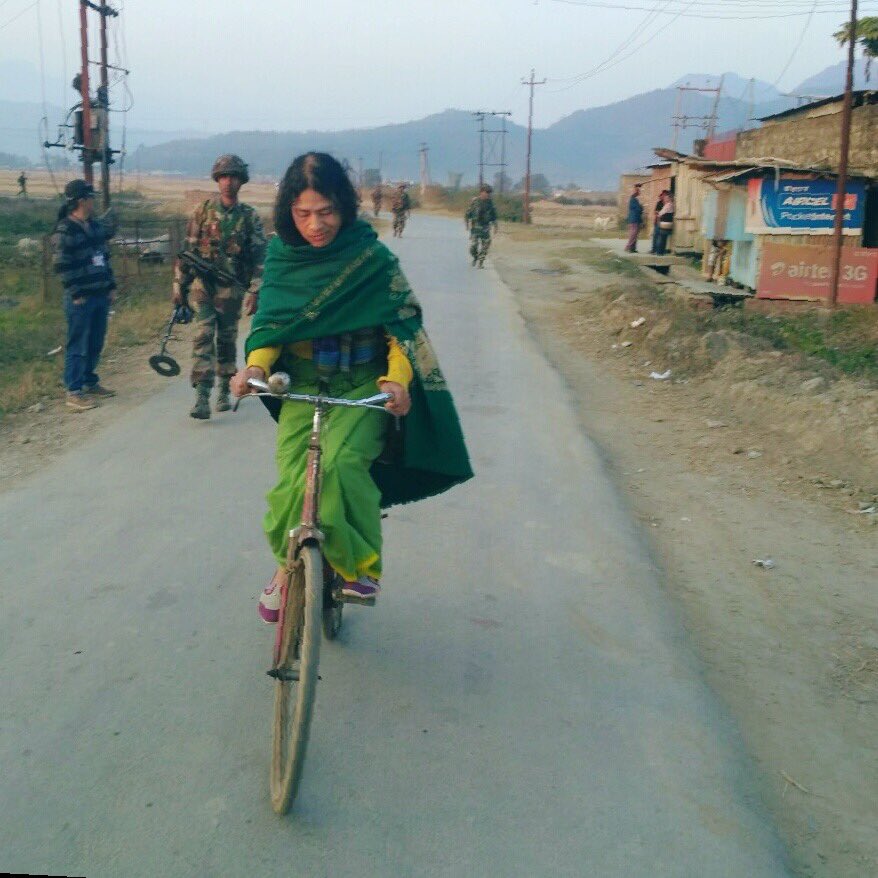 Isn’t this the most iconic Image.#IromSharmila the icon against #AFSPA passing by the #soldier, the symbol of #Military rule in #Manipur

CM Ibobi has won the Thoubal constituency for three consecutive years and enjoys overwhelming support in the area. However, Sharmila is confident of a win.

“This election will be different only because we are the change,” she said. “I think the election (is) not based on muscle and money power but on principle and ideology awakening mainly the youth.”

She claimed that both the ruling Congress party and the Bharatiya Janata Party (BJP), which this time has gone all guns blazing in Manipur, are “the same”. She said that her party, which includes “mainly activists and youths” offers a change from this.