Ram Rahim Could Have Been Involved In Child Trafficking, His Close Aide Reveals 600 Skeletons Buried Inside Dera Headquarters

Gurmeet used to appeal to his followers to donate their kids to Dera so that good fortune will follow. 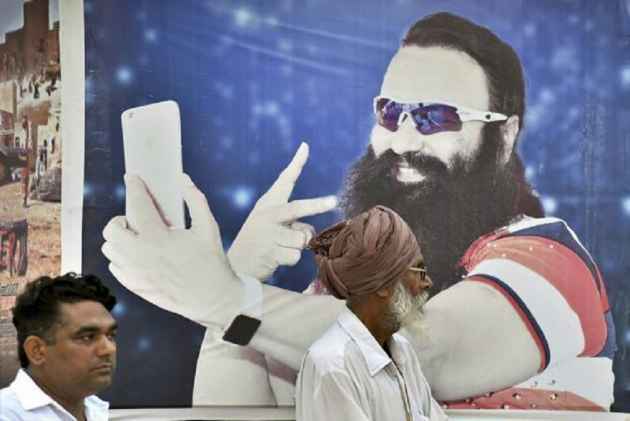 While rape convict Gurmeet Ram Rahim Singh is serving his 20-year jail term in Rohtak‘s Sunaria jail, skeletons are tumbling out of the closet with every passing day, unveiling the dark secrets of the Dera chief. The latest one is the possibility of his involvement in child trafficking.

Lalita, a  resident of Paniput, who was a Dera follower has alleged that her child has gone missing from Dera headquarters in Sirsa since last 12 years. She has claimed that she donated her 2-month-old kid to Dera after Gurmeet Ram Rahim’s persuasion through an advertisement, reported India Today.

Gurmeet used to appeal to his followers to donate their kids to Dera so that good fortune will follow, the report adds.

Speaking to the news channel, Lalita said,”I donated my 2-month-old kid to Dera…. 12 years have passed, I have no clue where my child is.”

While no one else has come forward with similar accusations, there is a possibility that Gurmeet could be involved in child trafficking.

A senior Dera official, during an interrogation by Special Investigation Team (SIT) has revealed that nearly 600 skeletons are buried inside the Dera headquarters in Sirsa.

Gurmeet, who is lodged in Rohtak’s Sunaria jail after having been convicted of rape, appeared via video- conferencing in the court of CBI judge Jagdeep Singh on Tuesday in connection with Dera Sacha Sauda manager Ranjit Singh murder case.

Gurmeet has been named the main conspirator in the murder case.

He was murdered for his suspected role in the circulation of an anonymous letter which narrated how women were being sexually exploited by the sect head at the Dera headquarters.

On August 25, the CBI court had convicted Ram Rahim Singh, following which violence had erupted in Panchkula and Sirsa leading to the death of 41 people.