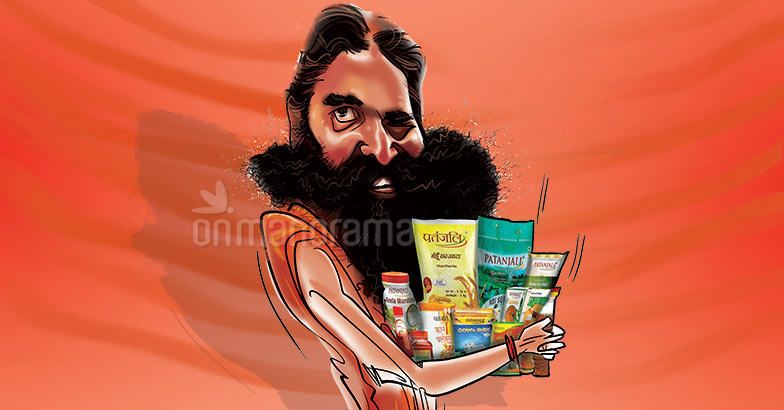 CHENNAI: Baba Ramdev, who had claimed that cancer is divine justice for sins committed, has been invited as the chief guest at the 7th International Translational Cancer Research Conference hosted by the Indian Institute of Technology (IIT), Madras on February 08, 2018.The conference to be held in association with the University of Texas, on the theme Cancer prevention and treatment: From Ancient Medicine to Modern Medicine, is headed by a committee that comprises of eminent scholars and oncologists including Rajesh Kumar Grover, director and chief executive officer of Delhi State Cancer Institute and Ravi Mehrotra, director of National Institute of Cancer Prevention & Research.

MD Anderson Cancer Center is demanding its name and logo be removed from promotional materials for an international cancer conference that will feature a prominent Indian yogi who has blamed cancer in part on karma for past sins.

The Houston research hospital, which sponsored the last conference in 2016, posted notice Sunday on Twitter that it is not supporting the Translational Cancer Research Conference set to start Thursday in Chennai, India.

Yogi Baba Ramdev — whose protests against government corruption and comments about homosexuality and the nature of disease have made him made a controversial figure in the South Asian country — is scheduled to give the inaugural address at the seventh biannual meeting.

“In the past, MD Anderson has sponsored this conference through its Global Academic Program,” MD Anderson said on its Twitter page and in a statement Sunday. “But this year, we’re not a sponsor. Our name and logo are being used without permission, and we’ve requested they be removed from promotional materials.”

The four-day conference’s theme this year is Cancer Prevention and Treatment: From Ancient Medicine to Modern Medicine. It is hosted by the Indian Institute of Technology.

MD Anderson’s name and logo remained on the conference website through Monday evening. It’s unclear when the website was first posted but it still referred to the last day for registration being Jan. 21. The cancer center’s name was displayed prominently for the 2016 conference.

MD Anderson officials were alerted to the conference promotional materials by a health watchdog journalist Sunday on Twitter. They provided a full response a few hours later, noting that the professors were participating on their own time.

In the past, MD Anderson has sponsored this conference through its Global Academic Program. But this year, we’re not a sponsor. Our name and logo are being used without permission, and we’ve requested they be removed from promotional materials. (1/2)

Conference organizers also include Bharat Aggarwal, the former MD Anderson faculty member who has had to retract 18 papers, mostly for image manipulation. The subject of a lengthy investigation by the cancer center, he retired from the MD Anderson at the end of 2015.

The conference was the subject of a story that was posted Sunday on the website of the New Indian Express. It emphasized the presence of Ramdev, who in November had defended Assam Health Minister Himanta Biswa Sarma’s statement that people dying of cancer or in accidents were paying for sins they committed. The minister subsequently apologized, but also said that his remarks had been distorted.

“What Himanta Biswa Sarmaji has said on karmic action is correct if you see it in totality,” Ramdev said at the time, according to an article in the Indian newspaper, The Pioneer. “People had to bear what they do in life.”

Ramdev is an entrepreneur known for his work in business, politics and agriculture, and Ayurveda, the ancient system of medicine developed in India.

The New Indian Express article also quoted Ramdev as saying, “Everything is related to karma – our birth and death are related to karma. Several reasons cause diseases and one among them is karma.”

The article also notes that Ramdev has “courted controversy over claims that he had cured over 1,000 cancer and HIV patients through the practice of yoga and concoctions marketed by his pharmacy, Patanjali.”

His 2006 suggestion that sex education, as a means of AIDS prevention, should be replaced by yoga education, brought a cease-and-desist order from the Indian Union Health Ministry to avoid making such claims in the future.

In 2009, after the Delhi High Court decriminalized homosexuality, Ramdev reportedly said that homosexuality could be treated.

In 2011, Ramdev led a hunger strike of 65,000 to pressure the government into rooting out corruption and repatriating money earned on the black market. He continued the strike – and later led another – despite negotiations that produced a government initiative on corruption.