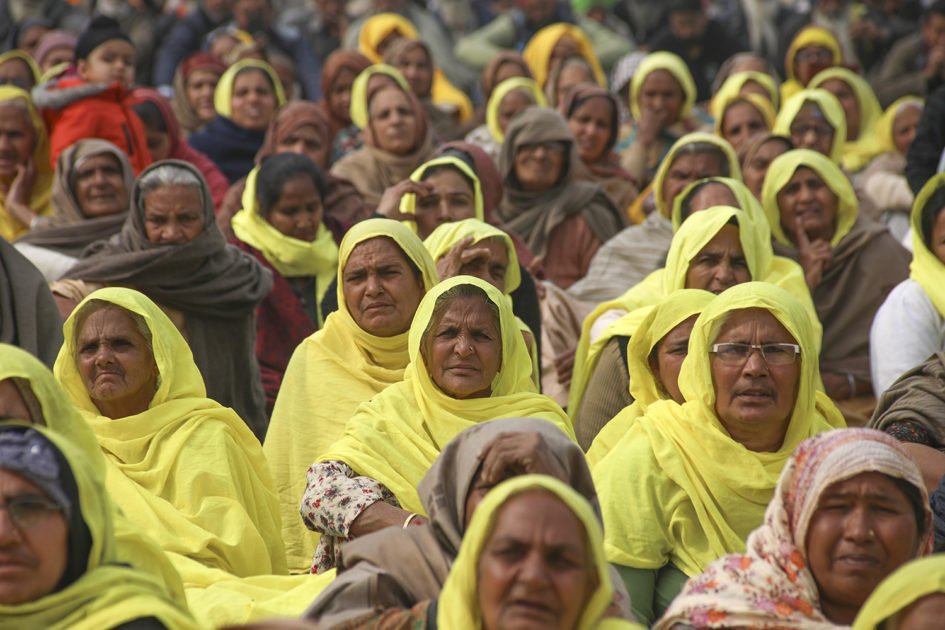 “Their only objective is to defame the protest and their sympathy with me or protesting women is totally fake,” a survivor of sexual harassment said of the media houses that reported on her ordeal at a farmers’ protest site at Tikri. She spoke to me soon after she had sent legal notices to at least two media houses—OpIndia and CNN News18—for “misreporting” the incidents that occurred in April 2021. “They never consulted me before writing these false stories and sensationalising the whole matter with the usage of words like rape and molestation.” She added, “Words like these insinuate physical assault, which never took place, so they were absolutely out of line to write such stories.”

The 29-year-old, who is a chartered accountant, said that she “never engaged” with these media publications, “yet they went ahead and wrote whatever to set up their agenda-driven narrative.” She told me she believes the government is using the false narrative built around her ordeal as a pretext to defame the protests and derail the movement. “All these so-called news channels and newspapers which published my story without consulting me and sensationalised [it]; they all are state backed media.”

The survivor said that she intends to continue participating in the protests. She supports the cause of the farmers and “wanted to make this protest more women-friendly so that it encourages active participation.” She told me that she went public regarding the incidents because she wanted the leadership of the protests to address women’s issues. “Women have been sitting at the protest shoulder to shoulder with male counterparts for six months now with no certainty of how long it can go, and not even a basic grievance redressal mechanism in place at any protest site.” She added, “The patriarchal mindset and misogynistic attitudes towards women exist everywhere, including a progressive space such as this protest; Hence the dire necessity to have such structures in place where women or any person can reach out to seek redressal of their issues.”

The survivor first went public about the incidents via an Instagram post on 29 May. The post was initially public and has now been made private. It has a detailed account of a series of incidents that happened between 22 and 23 April, while the survivor was volunteering at Pind California—a clinic and night shelter set up by 5 Rivers Heart Association, led by an American cardiologist named Dr Swaiman Singh. The journalist Sandeep Singh had tweeted about the survivor’s account the day the post went up—she told me that Sandeep had taken her consent.

The post narrates how the survivor suffered verbal sexual harassment, “eve-teasing” and “slut-shaming” by two volunteers at the clinic. The post then notes that when the survivor approached Swaiman for his help, “his reaction was – I cannot take care of your safety. That he will leave me back to Singhu and will call me when the women doctors were here. That this wasn’t America etc etc.” The post continues: “doctor saahib didn’t ask for any details on what had happened? Who were the volunteers that had misbehaved/harassed? What did I want from this? If I was ok? Na? Nada! Nil! He only wanted to get rid of me. He also told me that he will personally leave me to Singhu border.” The survivor told me, “He didn’t even drop me at the Singhu border as assured and I had to take a train back home after waiting for a full day and spending two nights under the same roof as my abusers.”

The post ends with an impassioned appeal by the survivor: “Morcha isn’t affected by women who speak out the crimes of their perpetrators but by the men who do such things. And this shame or guilt is not mine to have, but it’s the harassers and their enablers who need self-introspection and stop treating us women as a dispensable part of this protest and society in general.”

In the week after the post, several news channels and websites picked up the survivor’s story but added their own embellishments. According to Kaur, it started with tweets published on 4 June, from the account of a woman named Shivani Dhillon. The tweets claimed: “Punjabi Nursing Assistant molested and raped by criminal elements in disguise as farmers … morons have taken over the protest … these protestors aka rapists treat women as a dispensable part of society … they are just goons backed by some politicians …these protestors occupying roads can do anything and get away with it… In her words, farmers protest has turned into a hub of hostile and intimidating environment for the female participants … these protestors are nothing less than the Vultures in the garb of protestors … it’s beyond imagination that in the name of protest, insulting a women’s modesty, indecent insinuation, eve teasing, slut shaming and what not is going on.”

The survivor said Dhillon added quotes to her post, included things which she never said, misidentified her as a nursing assistant, and above all, added the terms “raped” and “molested” to the entire episode. On 17 June, the survivor sent a legal notice to Twitter asking the social-media platform to remove Dhillon’s “false tweet and threads.”

The day after Dhillon’s tweets, two unidentified women came to the survivor’s residence to ask questions about the incident. The survivor said that the women claimed they were protestors but she suspected otherwise. “They kept instigating me to lodge a complaint and asked me if I was going to the media etc but I didn’t pay them much heed.” The survivor said that based on information gleaned from her family’s local networks she had reason to believe that the women were from government security agencies.

A day later, the website The Frustrated Indian wrote about the survivor’s case with the headline, “News of a possibly second rape incident in site of farmers’ protest should be enough for the govt to clear the area out.” This was followed by similar articles, claiming “rape” and “molestation,” published by OpIndia, CNN News18 and Jagran. In fact, on 9 June, CNN News18 revealed the survivor’s identity in a tweet. “But they did not bother to take my comments or version,” the survivor told me.

The survivor has now sent legal notices to two media outlets, OpIndia and CNN News18, and asked them to “cease and desist from reporting false, unverified and defamatory information … to immediately remove the said news report from all media; to publish an apology and issue a corrigendum clarifying the correct facts in all media including print, digital and social media.” Both the media organisations did not respond to queries. The survivor told me that “their treacherous stories have led to the aggravation of my pain and caused me a lot of mental and emotional trauma.” She added that the incident was being manipulated because “the current regime is threatened by the farmers protest and with the huge participation of women in it and they are trying every trick in the book to harm the movement without actually trying to know the truth about the incident as it happened.”

The survivor said that she went public with her ordeal because “I have always been taught a zero-tolerance policy towards sexual or any kind of harassment and it’s time we extend it to progressive spaces as well.” She added, “When we work for an organisation or in offices for 8-9 hours a day, 5 days a week, we have Vishakha guidelines in place to tackle cases of harassment at the workplace.” The survivor said that similar mechanisms were needed for protest sites, too. On 5 June, the survivor and other women protestors wrote a letter to the Sanyukt Kisan Morcha and asked them to expedite the setting up of an Internal Complaints Committee that the Morcha had announced in May, with several other suggestions.

Subsequently, on 12 June, the Morcha released a statement that said, “Committees have been formed at all protest sites to look into redress of any related complaints and to prevent any occurrence of harassment or any other violation.… 9818119954 is the phone number where related issues can be raised.” However, it remains to be seen how effective the committee will be. When I reached out to Swaiman, he dismissed the survivor’s narrative and told me “She never complained against anyone from the team.” Swaiman claimed that it was a “publicity stunt or something else.”

The survivor told me that she shared her ordeal with Dr Darshan Pal, the president of the Krantikari Kisan Union Punjab, one of the leading unions in the Morcha. She said that Pal never stopped her from being vocal about how she felt about the sexual harassment and the verbal and the emotional abuse she was subjected to. “He was all ears and support when I shared my ordeal with him and that’s the reason, I am going to join back the protest very soon.” She added, “My grudge is that Dr Swaiman asked me to leave instead of taking those misbehaving to task. Farmer’s protest has my full support since I hail from an agrarian family and am aware of the doom that would descend upon the farmers in the wake of these farm laws.”