Medical Negligence and Death of Ramizabi due to Covid 19 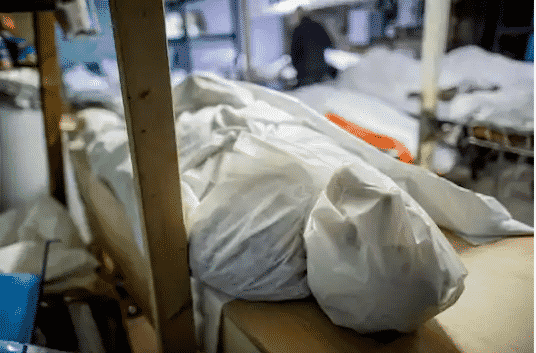 Family Background: Syed Saab and Ramiza bi lived in the ‘B’block of  S.S. Mallikarjun Nagar, Davangere, about 200 kms from Bengaluru. Ramizabi was 50 years of age worked in the same city as Beedi Worker and was an executive committee member in the Neralu Beedi Workers union’s executive committee. Her husband Syed Saab worked as a laborer in Puffed Rice Distiller. She had 4 daughters and 4 sons. On 29th June she died on account of negligence from health authorities who did not provide her timely treatment. The beedi workers union lost a very prominent leader in her.

Disease and Hospitalization: Ramizabi was admitted to Government Hospital in Davangere on 22-6-2020  due to severe respiratory problems. After keeping her for 4 days in the District Hospital without proper treatment and diagnosis, she was then referred to Davangere High Tech Private Hospital saying  that she had Heart-related Problem. She already had some respiratory problems and was showing signs of COVID19. Despite requesting them to do a COVID19 test, she was not tested. Even after demanding that she be given ventilator as she suffered, the district hospital did not treat her on the pretext that they were exclusively treating only COVID patients.

At Davangere High Tech Private Hospital, after the Doctor said its was not a heart-related problem, but it was a respiratory problem said immediately to arrange Ventilator and asked to pay Rs.30,000 to start the treatment. They also said they are going to charge Rs.28,000 per day. Family members couldn’t bear this huge amount of treatment. Then  they shifted her to another Private Hospital ‘Bapuji ‘ in Davangere. Corona test was done and she tested Corona Positive. Private Hospitals took her Ration card and Aadhar card and made them to purchase PPE Kits. As the CORONA positive result came, she  was sent back to District Hospital. Though she had taken treatment under the Vajpayee Health Scheme, the district hospital made them spend on various items required for the treatment.

In the district hospital, though Ramizabi tested positive, she was not given proper treatment and denied access to a ventilator. Due to negligence at District hospital she died on 29-06-2020 at midnight at 2am.  Meanwhile Bapuji private hospital asked them to pay the remaining amount and warned the family members that if they did not pay, Police would arrest them.

Due to the intervention of  People’s Forum, Neralu Beedi Workers Union and Dalit Human Rights Forum, the private hospital was made to charge the amount to the Arogya Karnataka programme, Ramizabi’s relatives  bought a PPE kit and gave her a respectful funeral.

Overall, due to the negligence of  Government  District Hospital she died, as she belongs to a daily wage laborer family and her, the family should get the amount back which they spent on Private Hospitals.

Dying Declaration of Journalist Jagendra Singh Burnt Alive
Who are the beef eaters in India?
First unit of Koodankulam plant to start by month-end: PMO
Myths about Teesta Setalvad