Medical negligence in J&K: Patient dies due to lack of oxygen as doctors refuse to attend to him 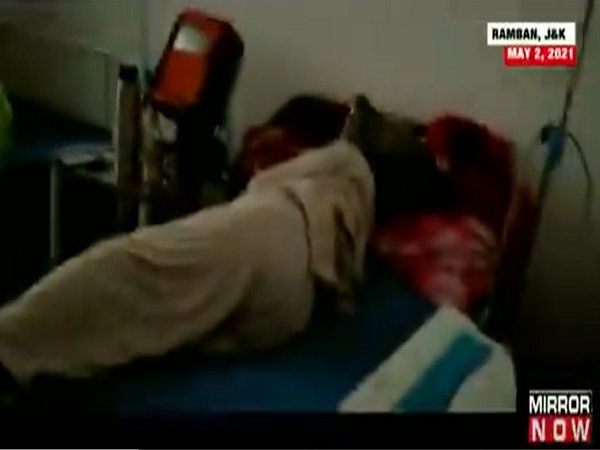 In an incident of medical apathy, a patient admitted to a hospital in Jammu and Kashmir allegedly breathed his last due to lack of oxygen.

Srinagar: Deteriorating health conditions of Covid-19 patients along with negligence from medical staff has been a major challenge amid the COVID-19 resurge. With 3,68,147 fresh cases recorded in the past 24 hours, India’s tally now stands at 3.4 million. The health ministry stated that as many as 3,417 deaths were reported in one day.

Earlier today, a video of a patient elaborating on the present situation of the hospitals in Jammu and Kashmir came to light. The person who shot the video was a patient himself who tried to show the desolate condition of another patient.

Cabin of medical staff was locked

In the video, the man stated that another patient has been gasping for oxygen but was not given any medical assistance. The incident took place in Ramban Hospital. None of the doctors or any other medical staff could be seen in the clip. Mirror Now’s Pradeep Dutta reported that the cabin of the medical staff was empty and locked. There was no response from the hospital authority even as the patient called them.

Kuddus Butt, the patient who was in an extremely critical condition died while gasping for oxygen. He was left unattended and no medical assistance was provided to him. Reportedly, he died due to the negligence of the hospital administration.

Another patient’s family member addressed a similar issue and said that he asked an on-duty doctor to attend to a patient as his oxygen level was falling steadily, but received no prompt response. The doctor claimed that he was not well versed with the usage of a ventilator and did not know how to set up an oxygen cylinder.

The doctor gave a passive response even when he was asked to arrange for a person who could help the patient with a low oxygen level. The patient breathed his last soon after.

COVID-19 resurge in Jammu and Kashmir

Jammu and Kashmir recorded a total of 1,79,915 cases with a death toll of 2,330 on Saturday. In the last 24 hours, around 25 deaths were reported from the union territory. Considering the sudden surge in COVID cases, the J&K government on Saturday extended ‘Corona Curfew’ in four districts, including the twin capitals of the UT, Srinagar and Jammu, till May 6. The night curfew will continue to be in effect in other districts of Jammu and Kashmir.

On one hand, the state and the central government assured that the situation is in control. While on the other hand, cases of patients dying due to negligence and delay in treatment by the hospital authorities surfaced from different parts of the country.