Menstruation in a COVID-stricken India #WorldPopulationDay 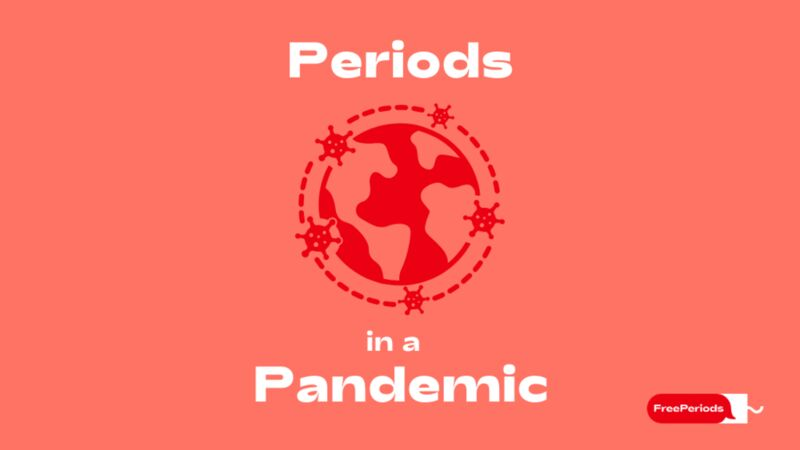 The hush-hush around menstruation is still a reality in India. The taboos associated with menstruation are still actively being passed on from generation to generation. This issue is especially prevalent in the grassroots of rural India and the lower strata of the urban areas. Times of India reported in 2017 that nearly 23 million girls drop out of school every year once their menstrual cycle commences. This dropping out of girls from schools is attributed to the lack of sanitation facilities in rural areas on one hand, and the fear of parents that their daughters are capable of pregnancy on the other. Usage of sanitary products during periods is a luxury in India, despite the inevitability of this monthly cycle. Millions of menstruators across the country are forced to use unhygienic makeshift products such as rags, dirty clothes and sometimes even ashes. This situation is known as period poverty.

Period poverty has always existed in the country and with the outbreak of the COVID-19 pandemic, things only got worse. The government failed to acknowledge the essentiality of sanitary products while imposing the first countrywide lockdown on 24th March 2020. It was only after several deliberations over the growing shortage of the products that the government included it in the list of essential items. What does it say about a state that goes on to ignore the existence of more than half of the population that menstruates? This apathy towards the concerns of menstruators is condemnable. The shortage of pads in the market led to hoarding, black market engagement and eventually inflation of prices.

Migrant workers who menstruate bore a huge brunt during the pandemic. With the sudden announcement of the first lockdown, labourers found themselves out of work and were forced to walk back to their home villages. A huge chunk of those labourers included women and adolescent girls. Their journey back home led them to starvation; sanitation concerns took a backseat. Moreover, the shutting down of schools in rural areas led to the stoppage of free-pad supply schemes that many girls from the area benefitted from. With the onset of the lockdown and the financial constraints that followed as one of the consequences led those girls to resort to unhealthy alternatives such as rags, leaves, mud, etc. For many young girls, school was the only channel of information for them to understand what’s happening with their bodies during puberty. An entire generation of young menstruators missed out on the crucial information. The added factor of societal taboo surrounding menstruation was like salt to the wound.

Urban menstruators also faced their own challenges due to the apathetic nature of the lockdown. The added domestic responsibilities for both housewives as well as working women added to the strain of dealing with periods on top of insufficient supply of the napkins in the market. This situation along with other factors impacted the mental health of menstruators. The lack of supply led them to use their products for durations that are longer than recommended, making them vulnerable to physiological issues such as the Toxic Shock Syndrome. The lifestyle changes due to the pandemic and the added levels of stress and anxiety has resulted in an increased number of menstruators facing variations and irregularities in their menstrual cycles.

The fact that a large chunk of frontline workers menstruate was overlooked while they worked round-the-clock while handling their own periods. These workers not only include medical professionals but also sanitation workers and workers engaged in other essential jobs. For medical professionals, the PPE kits were designed keeping the male bodies in mind which made it difficult for a large number of female doctors to adjust while menstruating. In case of sanitation workers, whose job already includes waste disposal, were not even provided with appropriate gears to protect them from getting exposed to harmful pathogens; menstruation supplies were a long shot.

What one may realise after noticing the state’s apathy towards its women and other menstruators is the fact that most of the seats of power are occupied by men. Their inherent biases took precedence over their responsibilities towards the menstruators of their country. The lack of appropriate investment on the government’s end in issues relating to menstrual issues has resulted in extreme difficulties for a large number of people who have rights and contribute to the economy. It should be the state’s responsibility to bring up menstrual issues in mainstream conversation in order to eradicate the taboos associated with it. most of the problems that menstruators of the nation faced were amplified out of proportions due to the stigmatisation of this reality. Such apathy towards the women and trans people who menstruate should be seen as a big red flag.