Metal, Mullahs and Muzzling: Why is Music a Crime in Iran? 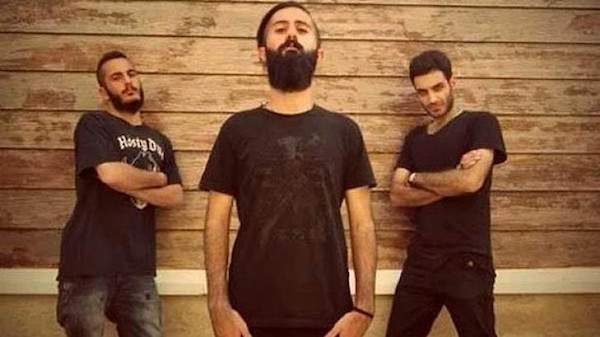 Prisoners at some of Iran’s biggest correctional facilities are allowed to broadcast music and films for viewing across the prison populations, offering temporary respite from the isolation of prison life.

Yet while music plays a role in prison, it can also get you into prison. Whether it’s religious music or heavy metal, female solo artists or musical instruments, the dangers of music are sometimes hard to discern. Here’s our round-up of some of the biggest — and most bizarre — music stories out of Iran.

Musical instruments: Bad for the Soul?

Who knew that musical instruments could be dangerous to watch on TV? According to some Muslim clerics, it’s haram, or forbidden by Islamic law. As a result, Iran’s official media, Islamic Republic of Iran Broadcasting (IRIB) has banned it, making it incredibly difficult for Iranians to watch concerts on TV. Although the ban on musical instruments is not enshrined in Iranian law, IRIB’s directive has come straight from the Supreme Leader and other high-ranking clerics. Recently, the absurdity of this censorship was made all too clear — or blurry, actually, as the broadcaster chose to go ahead with a concert by popular singer Salar Aghili. Their solution to the tricky censorship guidelines? Just blur the screen.

Certain types of music are simply not tolerated in Iran. Religious leaders and politicians repeatedly call for music to conform to Islamic values, and the most conservative of them have called for tight regulations on concerts and an end to“disgraceful music”. In 2015, the Cultural Heritage and Tourism Organization of Tehran announced new measures to prevent people from traveling abroad over the Newroz holiday to attend concerts — many of them performances by pop artists.

News of the continued incarceration of heavy metal band Confess re-emerged recently, with metal lovers being encouraged to raise awareness of the case using #FreeConfess. Two members of the band were arrested in November 2015, and were held in solitary confinement until being released earlier this month on bail awaiting trial. The two Confess band members are accused of blasphemy — which can even be punished by death. According to website Metal Injection, authorities have taken over band members’ online accounts, a tactic often employed to silence journalists, businessmen and others who get under the skin of the Iranian regime.

Other types of alternative music fare no better. Three Iranian men, Mehdi Rajabian, his brother Hossein, and Yousef Emadi, who worked for the BargMusic website, were all arrested on October 12, 2013 and charged with “insulting the sacred” and “propaganda against the regime.” In early December, one of Iran’s most feared judges, Mohammad Moghiseh, sentenced them to five years’ imprisonment.

Remember Pharrell Williams and the Happy Rooftops of Tehran?

Back in 2014, an unlikely group of dissenting youths were arrested in Iran. Their crime? Responding to Pharrell Williams’s call for people to make video clips to his popular song “Happy.” Their video, which showed them dancing on the roofs of Tehran, attracted more than 100,000 views on YouTube in just one day. It was soon republished by international news outlets and seen by millions of people worldwide. As well as dancing to popular music — bound to anger some of Iran’s most conservative elements — the women in the group were not wearing hijab. After their arrest, the seven were forced to apologize on Iranian state TV, with Tehran’s chief of police looking on. At the time, President Rouhani, who had promised greater cultural freedoms as part of his election campaign, had been in office for less than a year.

Extremists against music and the politics of culture

Last year was a big year for music bullying. It started with Hezbollah protesters successfully stopping the band Lian from performing in their home town Bushehr. Not happy with their censorship victory, they then called for the governor of Bushehr to resign and for the impeachment of the Minister of Culture and Islamic Guidance. The ministry official in charge of dealing with music criticized the unrest, saying that young people were entitled to enjoy live music without being intimidated, a view that was supported by Ali Jannati, head of the ministry. As protests and calls for censorship continued, along with pushback from government officials, the links between cultural output and political control became more obvious. Once again, music was being used as a tool in some of Iran’s most ferocious power struggles between hardliners and moderates. And by summer, Piruz Arjmand, the ministry’s music director, was under such pressure that he offered his resignation.

Women: Banned from the Stage

In Iran, female solo performers are banned from performing in front of audiences, although occasionally they are allowed to sing in front of women-only crowds. But even this is not a given. Speaking to IranWire in 2014, Mohammad Ghotbi, a cleric and former Director-General of Isfahan’s Bureau of Culture and Islamic Guidance, said “Issuing permits for concerts where women perform does not mean that every woman can perform. We will act in a way that is in the best interest of Iranian traditions and norms.” Ghotbi also said that, ideally, women really would stick to singing lullabies to their children. Women performing as part of a band can find themselves in trouble, as happened when Harir Shariarzadeh, who plays the daf, a Persian drum, discovered. After only one song, authorities forced her to leave the stage, where she had been performing alongside her husband Salar Aghili at a concert in Shandiz, northeast Iran. Aghili remained on stage.

“I hope the music scene in Iran eventually changes so that everybody will be able perform without restrictions, with equal rights, and without asking for a permission from the cultural ministry,” says Mahsa Vahdat, one of Iran’s most famous female singers and musicians. But Vahdat, who performs around the world, often alongside her sister Marjan, remains positive about the power of music to transform. “I always think that if I were to be born again, I would like to be a woman again and a singer again, even if conditions were even more difficult… I am happy that the light of Iranian music is still shining, even in its darkest period.”

Authorities have also targeted performers who appear on foreign TV stations, including Salar Aghili, who was told he might face a ban on Iranian TV because he appeared on Manoto TV, a Persian-language satellite channel based outside Iran. The ban was later lifted after Aghili apologized for his “wrongdoing”.

The Intelligence Ministry has banned at least 26 popular Iranian singers, including Shahram Shokoohi, Mohsen Yeganeh, Reza Sadeghi and Sirvan Khosravi, from performing in Iran after their music was broadcast by satellite networks abroad. But the list of affected artists could be higher still, according to an extensive report published by Etemad newspaper on October 19, 2015.

Buses carrying Lankan pilgrims attacked near Trichy
#Chhattisgarh – Brief report of events in the JK Laxmi Cement Factory : accident, arson and arrests
May Day: workers of the world unite and take over – their factories #LabourDay
National Convention on democratic control over Natural Resources