Milkha Singh, “The Flying Sikh”, Dies At 91 Due To Post-Covid Complications 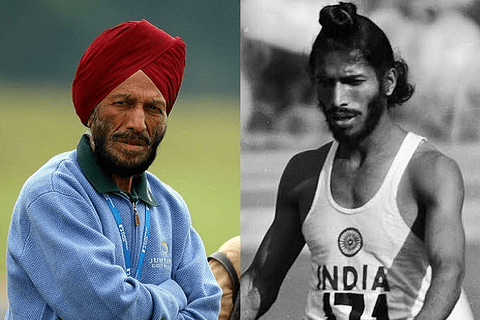 Legendary sprinter Milkha Singh died on Friday due to post-Covid complications at the age of 91.

Legendary Indian sprinter Milkha Singh died on Friday due to post-Covid complications. He was being treated at the Post Graduate Institute of Medical Education & Research. The 91-year-old had tested positive for COVID-19 on May 19 but was in home isolation at his Chandigarh residence after revealing that he was asymptomatic. However, a few days later on May 24, the legendary athlete was admitted to the ICU of Mohali’s Fortis hospital due to “COVID pneumonia”. He was then moved to PGIMER in Chandigarh on June 3.

His death came five days after his wife Nirmal also died due to post-Covid complications.

“It is with extreme sadness that we would like to inform you that Milkha Singh Ji passed away at 11.30 pm. on the 18th of June 2021,” his family announced in a statement.

“He fought hard but God has his ways and it was perhaps true love and companionship that both our mother Nirmal ji and now Dad have passed away in a matter of 5 days,” the statement further added.

He “was treated for Covid there till 13th June when after putting up a valiant battle with Covid, Milkha Singh Ji tested negative,” the hospital said in a statement.

“However, due to post-Covid complications, he was shifted out of Covid Hospital to medical ICU. But despite best of the efforts by the medical team, Milkha Singh ji could not be retrieved from his critical condition and  after a brave fight, he left for his heavenly abode  at 11.30 pm on 18th June 2021 here at PGIMER,” the statement added.

“In the passing away of Shri Milkha Singh Ji, we have lost a colossal sportsperson, who captured the nation’s imagination and had a special place in the hearts of countless Indians. His inspiring personality endeared himself to millions. Anguished by his passing away,” PM Modi tweeted.

“I had spoken to Shri Milkha Singh Ji just a few days ago. Little did I know that it would be our last conversation. Several budding athletes will derive strength from his life journey. My condolences to his family and many admirers all over the world,” he added in another tweet.

Popularly referred to as the ‘Flying Sikh’, Milkha Singh made his name in the track and field, winning four gold medals at the Asian Games. He also won a gold at the 1958 Commonwealth Games in Cardiff.

He narrowly missed out on an Olympic medal, finishing fourth at the 400m final of the 1960 Rome Games.

Milkha Singh finished the race in a time 45.73 seconds. It remained a national record for nearly 40 years before Paramjeet Singh surpassed it in 1998.

Milkha Singh had also taken part in the 1956 and 1964 Olympics. He was conferred the Padma Shri, India’s fourth-highest civilian honour, in 1959.

ributes are pouring in from all walks of life with leading former India stars Sachin Tendulkar, Virender Sehwag, Anil Kumble among others mourning Milkha’s demise.

“Rest in Peace our very own ‘Flying Sikh’ Milkha Singh ji. Your demise has left a deep void in every Indian’s heart today, but you shall keep inspiring several generations to come,” Tendulkar posted on his Twitter handle.

Sehwag said Milkha’s name will be synonymous with courage and will-power.

“The great man #MilkaSingh ji has left us in body, but the name Milkha will always live on as being synonymous with courage and will-power. What a man. My sincere condolences to his family. Om Shanti,” Sehwag said.

Former India spinner Anil Kumble called him a true legend and an icon.

“Deeply saddened to hear the passing of Milkha SinghJi. His legacy will live on… a true legend and an icon. Condolences to his family and friends,” Kumble wrote.

Milkha also lost his wife Nirmal Kaur, a former national volleyball captain, due to coronavirus. He is survived by his golfer son Jeev Milkha Singh and three daughters.

Walmart Black Friday Strike Being Organized Online For Stores Across U.S
Letter to My Rapist, Jailed for Raping Women Who Are More Respectable Than I Am #Vaw
Minister stops fresh Vedanta bid to mine Niyamgiri hills
Remembering #Kandhamal: Long Wait for Justice