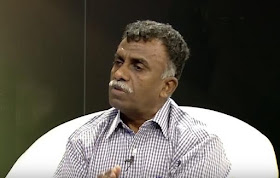 By Our Representative
In a glaring instance of how Prime Minister Narendra Modi, then chief minister of Gujarat, continued justifying the 2002 communal riots more than two months after they began, retired DGP RB Sreekumar has recalled, Modi told him in a one-to-one conversation in that violence by Hindus after the February 27 Godhra train burning was “a natural and uncontrollable reaction and no police could control and contain it.”
On February 27, Sreekumar says, Modi had justified, during a meeting with cop officials, the need for allowing people to vent their anger. Modi, according to Sreekumar, had told them, “In communal riots, police normally takes action against Hindus and Muslims on one-to-one proportion, this will not do now, allow Hindus to give vent to their anger.”
Revealing this in his recent book, “Gujarat behind the Curtain” (Manas Publications), Sreekumar, who served as additional DGP in the Police Bhawan in 2002, says, his meeting with Modi took place on May 7, 2002, and it was about “the communal situation in Ahmedabad city, where stray communal incidents, i.e. stabbing in bylines and lonely areas, were reported.”
The former IPS officer says, he had sent an “exhaustive analytical report” on April 24, 2002, and asked Modi to urgently implement “curative measures suggested in the reports, for restoring the faith of Muslim community” the administration, even as averting “any criticism from judiciary or the National Human Rights Commission.”
“The chief minister responded that he had read my April 24 report and observed that my conclusions and suggestions were based on partial data and defective presumptions. In his view, violence by Hindus after Godhra incident was ‘a natural and uncontrollable reaction and no police could control and contain it’,” writes Sreekumar. 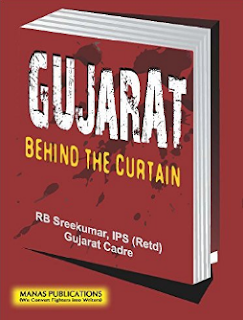 “I argued that police could not excuse themselves by taking such a view and police officers were mandated to maintain public order. I added that wherever effective action was taken, like in Surat city (7 killed in riots as against 326 in Ahmedabad city and 36 in Vadodara city), normalcy could be restored fast”, Sreekumar says.
On hearing all this, write Sreekumar, “soon, the chief minister became defensive and claimed that he had given a free-hand to officers to take legal action against miscreants on February 27, 2002 meeting, but many police officers did not do duties as per their statutory obligations.”
However, adds, the ex-IPS officer, “When I emphasized on government taking measures to gain confidence of the Muslims, the chief minister was quite annoyed and said that the Muslims were on the offensive.”
Sreekumar says, “I countered him with statistics of higher percentage of death of Muslims in police action and riots (117 Muslims killed in police firing as against 83 Hindus and 587 Muslims killed in riots as against 177 Hindus) and persuaded him to accept the ground realities.”
Yet, he underlines, the chief minister “did not show any inclination to accept my arguments. He advised that I need not have to concentrate on the Sangh Parivar (to collect intelligence about the organization) as, according to him, they were not doing anything illegal.”
Sreekumar also disputes, in his book, the “assumption” that the train burning, in which 57 Kar Sevaks died, was a Pakistani ISI job. He says, the only detail Rajendra Kumar, then in charge of Central IB Unit of Gujarat, came up with on ISI was a tape of telephonic conversation by a Godhra resident after the train burning incident, to his friend in Pakistan, expressing joy and happiness over killing of Ram Bhaktas returning from Ayodhya by Muslims in Godhra.”
Sreekumar recalls, DGP K Chakrovorti had told him that “this conversation itself was not sufficient to infer that attack on Kar Sevaks was an ISI conspiracy and that he would not mislead the course of investigation by Gujarat Police. He confirmed that the police had not come up with any input about conspiracy.”http://www.counterview.net/2016/10/modi-advised-ex-dgp-to-go-soft-on-sangh.html?m=1