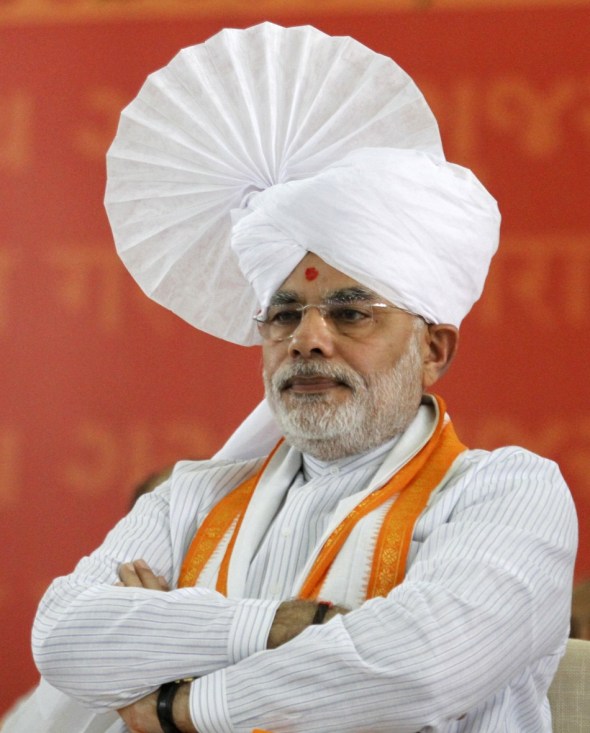 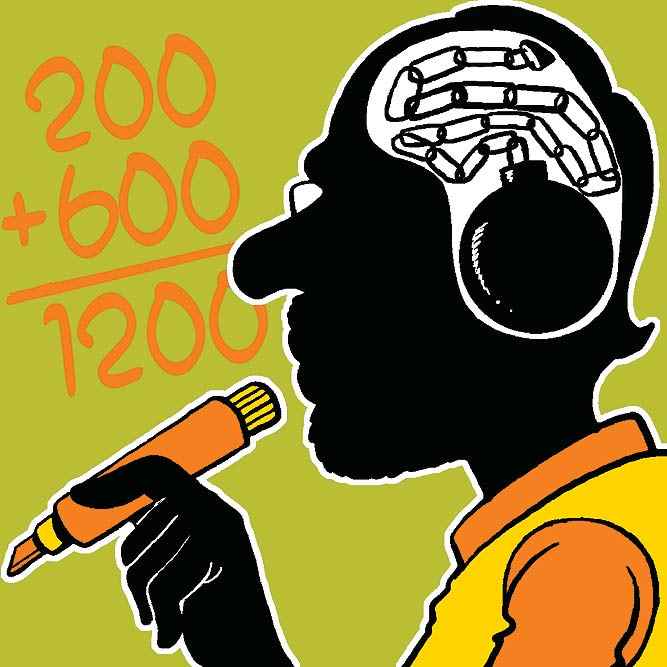 Chaining 1,200 Years
Our PM’s recalculation of how long Indians have been ‘slaves’
HASAN SUROOR

Good lawyers and good historians have one thing in common: both are quick to spot the crucial small print that ordinary folk miss the significance of. So, as politicians and the media were concentrating on the big picture of Prime Minister Narendra Modi’s maiden Lok Sabha speech, historians were struck by his reference to “1,200 years of slavery”, which, he said, had left Indians with a slavish mentality. “This slave mentality of 1,200 years is troubling us,” he said. “Often, when we meet a person of high stature, we fail to muster courage to speak up.”

What is troubling historians, though, is his view of India’s colonial history, which, according to him, spans 1,200 years. The conventional view is that it lasted 200 years—those of British raj. So where did the remaining 1,000 years come from? Clearly, Modi was propounding what Mridula Mukherjee, former professor of modern Indian history at JNU, described as the “standard Hindu communal view of history”, which regards the period of Muslim rule also as a period of slavery. The problem is that even then the numbers don’t add up. Muslim conquest of the subcontinent began around the 12th century and was effectively over by the 18th century, though it lingered on until 1857. Modi’s account still leaves us with 400 years to account for, spawning jokes on the internet. On Twitter, someone going by the name ‘Angry Brown Man’ wrote: “Narendra Modi claims India has faced 1,200 years of slavery? Is prohibition not on in Gujarat anymore? ‘Coz he is obviously high as kite.”

As chief minister of Gujarat, Modi used the same phrase in his independence day speech last year, prompting Business Standard columnist Mihir Sharma to note that “even on Independence Day, he couldn’t help saying that India has been ‘a slave to others for 1,000-1,200 years’. I know his maths is bad, but I suspect he’s not calculating from the Battle of Plassey.” But forget maths. The bigger question is: what was Modi trying to do raking up ancient/medieval history in a speech about development and building modern India? He’s not known to make throwaway comments, so it may be argued he was simply trying to emphasise the need for greater national pride. But surely there are less controversial ways of doing that, say, by highlighting independent India’s achievements in science and technology, its robust democracy, the fact that it defied dire western predictions and emerged as a model of democratic stability in the region. Instead, he chose what could be interpreted as equating national pride with Hindu pride, branding Muslim rule as slavery. As Debobrat Ghose, aFirstpost commentator, asked: Is prime minister Modi trying to bring about a paradigm change in the way we perceive our history?

Noted historian Mushirul Hasan dismisses  Modi’s claims as “falsification of history”. But Modi’s supporters say he was stating facts. “The phrase ‘1,200 years of slavery’ is neither saffronisation nor colourisation of history, but only a reference to the deep conditioning of slave mentality that Indians have undergone over the centuries,” says Prof Makkhan Lal, a pro-RSS historian who was at the centre of a row over rewriting NCERT history books.

I asked Ashok Chowgule, the VHP’s working president (external), why Modi chose to hark back to Muslim rule now. He replied by cataloguing the “brutality” of Muslim conquerors and quoted from Ame­r­i­can historian Will Durant’s book The Story of Civilisation, describing the Islamic conquest of India as “probably the bloodiest story in history”. The VHP’s line seems to confirm that Modi’s remark was a none-too-subtle attempt to keep old ghosts alive and a nod to the RSS view of Indian history. Significantly, it came on the heels of HRD minister Smriti Irani’s reported plans to introduce a “Hindu perspective” in school textbooks.

Meanwhile, although it is true that many Indians still suffer from a colonial hangover—even the swadeshi Sangh parivar, for example, worries more about what appears in The Economist orTime magazine than in Indian publications—the tendency is slightly exaggerated. The new generation of Indians has no such complex. If anything, there is now a reverse snobbery, which often manifests itself in the form of a false sense of national pride (especially among BJP supporters) inspired by the hype over India’s new status as an emerging superpower. In Britain, Indians are the most cocky lot, and constantly try to distance themselves from their poorer subcontinental cousins.

But coming back to Modi’s remark, here’s a party which dismisses the 2002 Gujarat riots as old history and tells us to “move on” and stop obsessing about something that happened 12 years ago. Yet, it itself remains trapped in the past. Hopefully, in future, Modi will talk more about moving forward than looking back. And, yes, get his maths right.