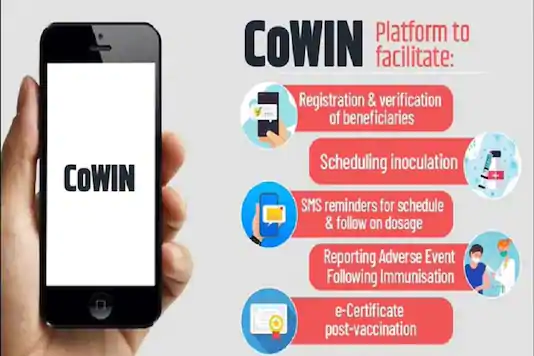 CoWIN app, used to book vaccination slots, has begun to enforce Aadhaar facial/biometric/OTP or demographic verification. These details are then used to create a health ID without informed consent

The government of India has begun to stealthily add people to the National Digital Health Mission if they have given their Aadhaar number for vaccination. No consent is being sought and instead an identification number gets created automatically.

The CoWIN app, which is being used to book vaccination slots, had begun to enforce Aadhaar facial/biometric/OTP or demographic verification. All of these details are then used to create a health ID without informed consent. Several people simply got the unique health ID on their vaccination certificate.

This is worrying because CoWIN does not have an appropriate privacy policy, and there is no data protection law in India to ensure the safety of people’s health and digital ID data.

The National Health ID is being issued as a part of the National Health Mission programme, which was mentioned by Prime Minister Narendra Modi in Independence Day speech last year. This is when he also announced the vaccination plan for India.

The health ID is a 14-digit number, which can be generated on the website www.healthid.ndhm.gov.in. It can be created by providing basic information

including the person’s full name, year of birth, gender, and either a mobile number or the Aadhaar number.

The stated aim of this ID is to create a digital ecosystem for a citizen’s health details to be put online. This is to supposedly make it easily accessible to individuals and health service providers.

In the six Union territories where the initiative began, only 8,05,674 health IDs had been created till February 2021, stated a reply by the Union Ministry of Health and Family Welfare to a question in the Lok Sabha.

The “option” to sign up for a digital health ID has been integrated with the CoWIN registration process. This is not required. “To register for Aadhar, everyone had to sign up separately and it was clear to people when they signed up for it. There is no need to integrate the digital health ID signup with CoWIN. Even though this is optional, not everyone will understand it fully; such measures reduce trust in digitisation,” said Dr Sonali Vaid, physician and public health professional based in New Delhi.

“While the registration system is in CoWIN, the option to generate a health ID for an individual lies with the computer operator at the vaccination centre. The health ID is only being issued when people are sharing their Aadhaar details for vaccination. Sharing of Aadhaar details is being taken as an authorisation to issue unique health IDs to people without an actual informed consent,” explained Srinivas Kodali, a digital rights researcher.

“Excessive attention to a program that only offers a digital health ID diverts us from the chronic neglect of healthcare availability and access. Technology should be the backend. When an app becomes centerpiece or digitisation becomes the centerpiece, we lose sight of what we are trying to achieve. Are we trying to digitise health care or provide health care to everyone? Digitisation is a means to an end, not an end in itself,” said Vaid.

There is a major assumption being made that once if digitization is done, people will get health care. “This is a faulty premise. We need to focus on basics such as – health workforce, infrastructure, increasing the percentage of GDP spend on healthcare and more,” underscored Vaid.

It is still not clear if there was any evidence that a digital health ID would improve health care for the masses. “Where is the evidence? Already the digitially mediated COVID vaccination strategy is leading to inequities. Anything that is digitally mediated will exacerbate existing inequities.

“Registering people for the national health ID is a problematic move. India has essentially chosen an insurance-led model to bring universal health care for everyone in the country. Part of this is that they are promoting private sector including hospitals, insurance agencies to collect all of our health data through the unique health ID. This will prove detrimental soon. Based on your electronic health records, the insurance agencies will now demand differential premium for different people with different medical history,” explained Kodali.

“India needs universal health coverage. Instead of this, India has a patchwork of schemes. We don’t need health care services on the cloud. We need them on the ground. How the digital health ID is going to be used for increasing equitable access to good quality health is not clear. The worry is that it may exacerbate inequity instead of reducing it,” added Vaid.

India has insurance schemes like Ayushman Bharat, but according to a report based on provisional numbers, only about 40,000 people have been treated for COVID-19 so far under the scheme, besides over four lakh tests being performed. This is despite the fact that Ayushman Bharat is supposed to cover over 10 crore economically-disadvantaged families.

Now, the government of India has begun to state that the health ID will be used to give people cover to Ayushman Bharat. Soon, the government hopes to make the digital health ID mandatory. To access this less than perfect scheme, tax payer money is being spent to create another system to access it.

One of the reasons for a National Health ID being pushed is because in 2019, the Supreme Court struck down Section 57 of the Aadhaar Act making it clear that the Aadhaar details cannot be stored or demanded by private entities. Aadhaar data cannot be shared with banks or telecom companies though they keep asking users for these details. Slowly, the private companies have been gaining access to Aadhaar data through Aadhaar-based eKYC procedures. The government has been tweaking laws as access to the Aadhaar authentication infrastructure was one of the main aspects of it from the beginning.

Companies are waiting to capture health data of citizens. During the pandemic, while we are battling a deadly virus, the government is privatizing our personal health data. “Their priority is with the private sector and not the people,” underscored Kodali.

Survey: 60% Of Women In Tech Report #SexualHarassment at the Workplace #Vaw
#India - Reported Ten incidents of sexual assault in 24 hours , UP accounts for 4
Bhima Koregaon Case - Stan Takes a Stand
Government violating SC orders by introducing amendments to laws for commercial use of Aadhaar