“They lead policy making as well as implementation of various programmes and schemes of the Department assigned to them. Joint Secretaries report to the Secretary/Additional Secretary in the Ministry/ Department,” the ad said.

The criteria to apply for the job is that the applicants ought to be at least 40 years old. The qualification expected is of ‘graduate from a recognized University/Institute’ adding that ‘higher qualifications would be an added advantage.’

As for the eligibility, the ad said, “Officers of any State/UT Government who are already working at equivalent level or are eligible for appointment to equivalent level in their cadre, with relevant experience. Individuals working at comparable levels in Public, Sector Undertakings (PSUs), Autonomous Bodies, Statutory Organisations, Universities, Recognized Research Institutes with a minimum of 15 years experience.

What this means is that even a person associated with the pro-RSS think-tank such as Vivekanand Foundation or any other private entities with remote RSS links will also be eligible to apply to become part of Indian bureaucracy and influence the government policies.

The minimum contract for this job will be of three while the remuneration will range between Rs 1,44,200 per month and Rs 2,18,200.

The government ad also clarifies that all appointees shall be deemed to be Public Servants
for the purpose of the CCS (Conduct) Rules and such other Statutes as notified by the
Government from time to time.

The news elicited angry response from activists and journalists who detected blatant attempts to install pro-Hindutva figures in key parts of bureaucracy. 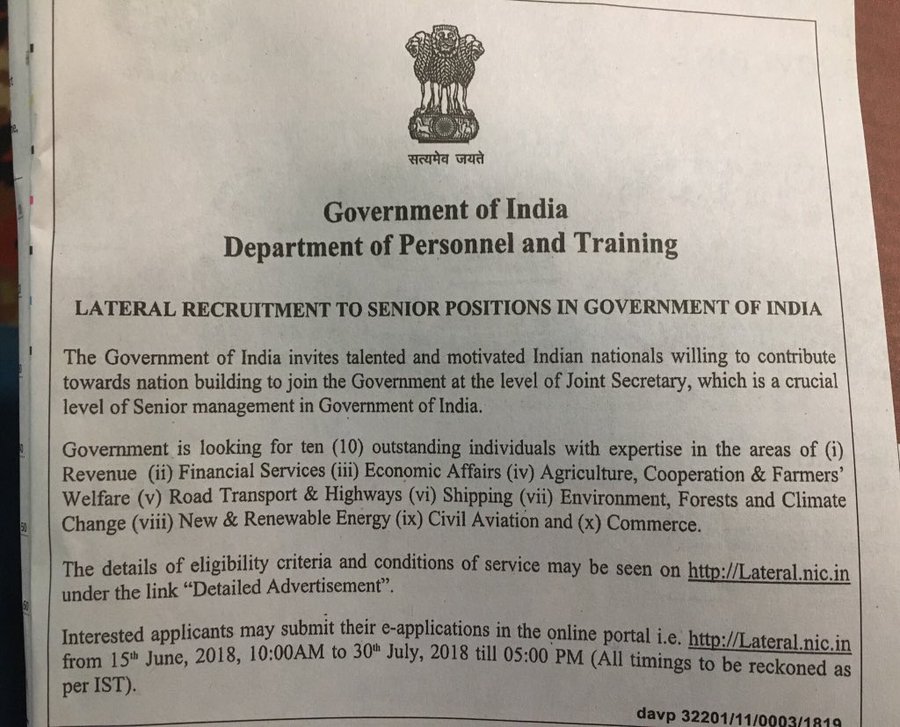 Novel way for BJP Central Govt to bring those with RSS backgrounds into the govt.
Who will decide ? How will they finally be chosen ? What is the true criteria ?
No, I don’t mean what’s been put out in writing … my guess is they already have names of those who will make it. 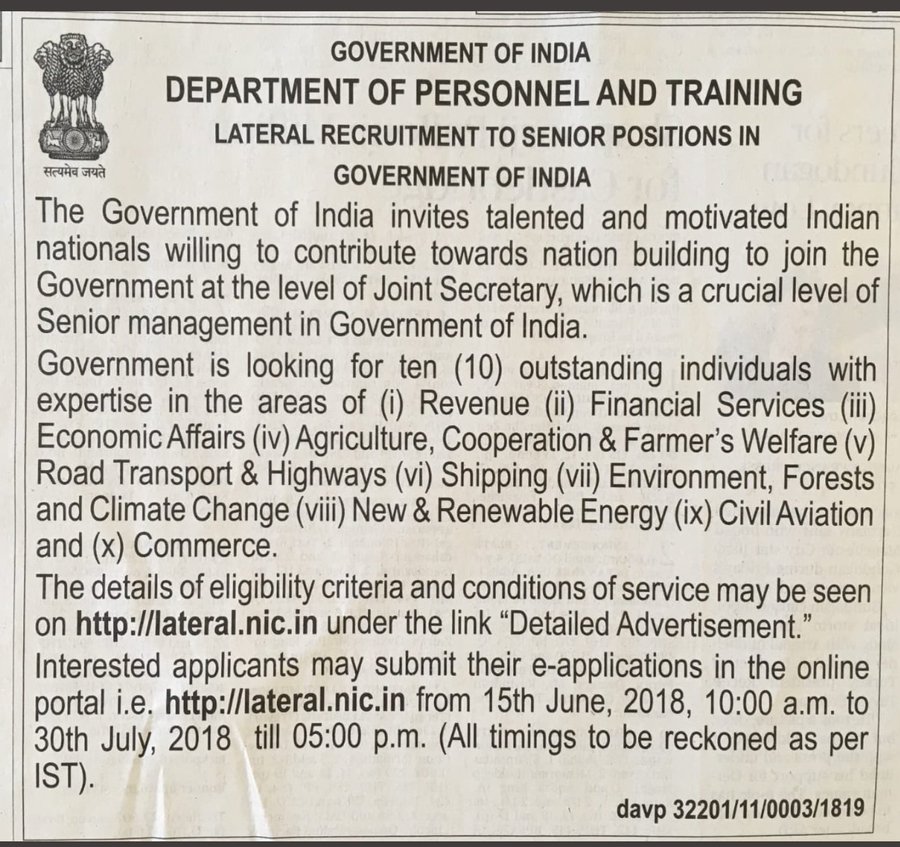 This is absolutely ridiculous & stupid and Will not stand the scrutiny of courts! If no one challenges this idioticity to take away from merit then I along with with aspirants & ppl in service will go to court on this . This is the corporatization of bureaucracy.

Not too long ago, Congress President Rahul Gandhi had warned students asking them to rise as their future was in danger. Reacting to Prime Minister Narendra Modi’s plans to have his say in the service allocation of IAS officers, Gandhi had said, “Rise up students, your future is at risk! RSS wants what’s rightfully yours. The letter below reveals the PM’s plan to appoint officers of RSS’s choice into the Central Services, by manipulating the merit list using subjective criteria, instead of exam rankings.” 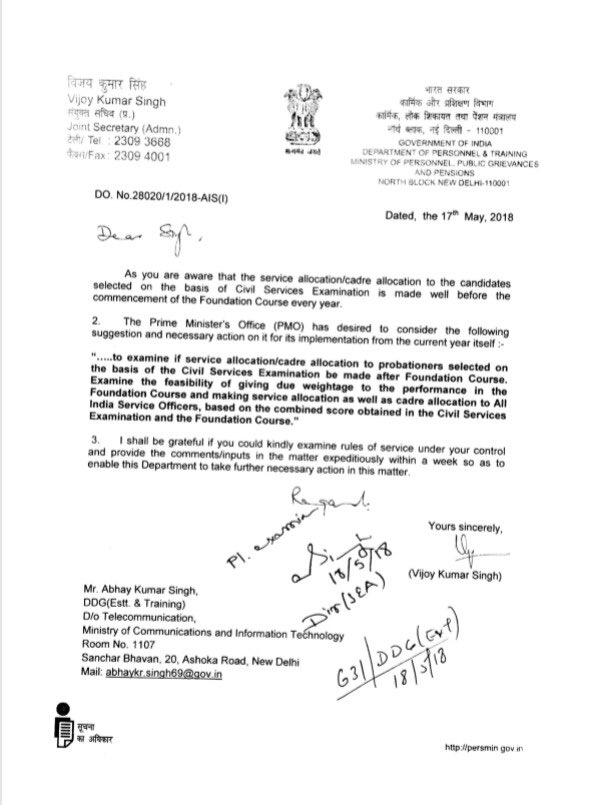 Rise up students, your future is at risk! RSS wants what’s rightfully yours. The letter below reveals the PM’s plan to appoint officers of RSS’s choice into the Central Services, by manipulating the merit list using subjective criteria, instead of exam rankings. #ByeByeUPSC