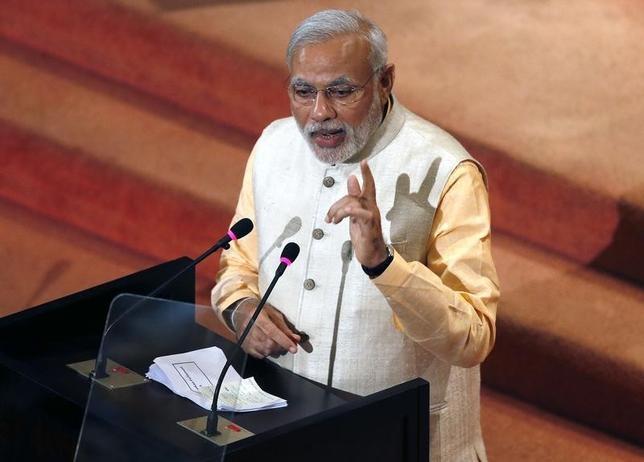 (Reuters) – Indian Prime Minister Narendra Modi has asked for a drastic cutback of an ambitious health care plan after cost estimates came in at $18.5 billion over five years, several government sources said, delaying a promise made in his election manifesto.

The health ministry proposed rolling out the system from April 2015, and in October projected its cost as $25.5 billion over four years. By the time the project was presented to Modi in January the costs had been pared to 1.16 trillion rupees ($18.5 billion) over five years.

That was still too much. The program was not approved, three health ministry officials and two other government sources told Reuters. Three officials said the health ministry has been asked to revamp the policy, but work is yet to start.

“The constraint on India’s financial resources was conveyed to health officials, and even to those from other ministries,” said one government official who is not from the health ministry but attended the meeting where Modi was present.

The meeting was held in January and the discussions were not made public. All of the sources declined to be named because of the sensitivity of the discussions.

Officials at the prime minister’s office and the finance ministry, as well as the health ministry, did not respond to requests seeking comment.

Modi’s manifesto ahead of the election that brought him to power last year accorded “high priority” to the health sector and promised a universal health assurance plan. The manifesto said previous public health schemes, that have been mired in payment delays recently, had failed to meet the growing medical needs of public.

Modi has another four years left in his first term to fulfill the promise.

India currently spends about 1 percent of its gross domestic product (GDP) on public health, but the badly-managed public health system means funds are not fully utilized. A health ministry vision document in December proposed raising spending to 2.5 percent of GDP but did not specify a time period.

So health experts were dismayed when the federal budget for the full-year starting April raised the allocation for the country’s main health department only by about 2 percent from the previous year, less than inflation. The meager increase dimmed prospects for the massive health plan, they said.

“How can it happen when you have truncated resources?” one health ministry official asked.

The health plan was drafted in consultation with Modi’s office and an expert panel, including an expert from the World Bank. The proposal included insurance to cover more expensive and serious ailments such as heart surgeries or organ failure.

Two government officials said this benefit will be withdrawn. The health ministry was also asked why the new plan could not be simply combined with existing health schemes.

The decision to slash the level of insurance coverage will have an impact on India’s thriving private health sector, which would have seen huge business growth as the program channeled millions of new patients into private hospitals.

Currently only 17 percent of India’s population has some form of health insurance.

Anjan Bose of NATHEALTH, a group that represents such private firms, said the delays in the program would disappoint both the industry and the public.

“Greater availability of funds for public health care under this program would have further boosted growth of the private medical industry,” Bose said.