The ‘ease of doing business’ is being promoted at the cost of socio-economic factors including employment generation and agricultural livelihoods. 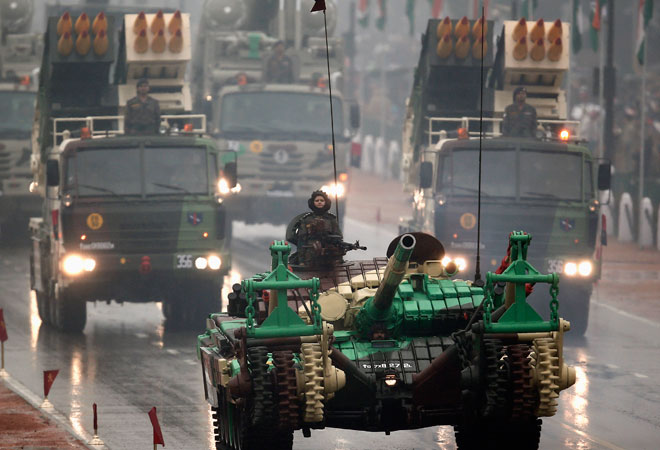 The latest changes in foreign direct investment (FDI) norms in India have made entry and control of foreign investors in a lot of sectors easier. Defence and civil aviation have been opened to 100% FDI under the government approval route (the FDI limit was 49% in airlines before). Many other sectors have been allowed 100% (or near 100%) FDI with government approval or through the automatic approval route. These include animal husbandry, trading of food products produced in India (including through e-commerce), private security services and broadcasting carriage services (such as DTH, cable networks and mobile TV). Up to 74% FDI (against the previous 49%) in brownfield pharmaceutical industry projects will no longer require government approval. Brownfield airports too have been brought under the automatic approval route.

The condition of access to state-of-the-art technology in India has been removed in defence. In addition, for single-brand retail trading companies undertaking business with state-of-the-art technology, the restriction of sourcing up to a certain percentage of inputs locally has been totally relaxed for three years, followed by a partial relaxation for another five years – a favour granted apparently on Apple’s appeal.

The stated objective of 100% FDI and other relaxations is to promote employment and improve infrastructure, along with greater FDI inflows and the ease of doing business in India. An official statement said that with most sectors coming under the automatic approval route, India is now the most open economy in the world for FDI.

Why this move will hurt India’s interests

While the latest FDI policy change will certainly boost FDI inflows and increase the ease of doing business in India, it is doubtful whether it will promote other more important socio-economic objectives. On the contrary, it might hurt them. Here are some of the major impacts.

Domestic economy, employment and economic security of people: Rather than promoting employment, these FDI relaxations might accelerate the ongoing trend of jobless growth and rising inequality. With 100% FDI owned commercial entities, a much greater share of returns on investments will go outside India, decided based on business preferences of foreign owners. Therefore, multiplier effects of financial returns on the economy and employment will be limited. Relaxation of local sourcing restrictions will further add to the dampening of multiplier effects.

Infrastructure: It is inexplicable why infrastructure cannot be improved without FDI relaxation. India’s infrastructure in major sectors including civil aviation and broadcasting services has already been witnessing substantial investments, growth and modernisation. There are several Indian firms, both public and private, which have demonstrated a long experience of building facilities and networks with modern technology and systems, through either sole ownership or joint ventures. In infrastructure requiring the latest technology, growth could easily have continued through joint venture mechanisms.

Agricultural economy and families dependent on it: Hundred percent FDI in animal husbandry, retail and trading of food products might lead to greater consolidation and control of farmland and other agricultural assets in the hands of large corporations. This will make a majority of small farmers and farm-dependent families more vulnerable and accelerate distress migration to cities. Alternately, the policy change should have been directed at improving economic security and technological skills of small farmers and farmers’ cooperatives.

Small manufacturing and services industries: Relaxation of local sourcing norms for state-of-the-art technology based retail trading companies will subdue opportunities for suppliers to increase their business and upgrade technology skills. Small industries, most of which are suppliers to larger firms, constitute an overwhelming majority of India’s industrial base. A policy that goes against their interest is therefore detrimental to the ‘Make in India’ agenda.

Manufacturing and services industries where Indian firms have already demonstrated near world-class competence: There are industries where some Indian firms have proven high competency in technology and management. These include existing parts suppliers in the defence industry. They also include parts suppliers in the automotive industry, several of whom have the ability to upgrade and potentially supply to defence and civil aviation sectors. Additionally, raw material as well as finished product manufacturers in pharmaceuticals and a lot of retail industries have vast experience of selling high quality products and services. Airlines services and airport projects in India too have established domestic players with track records of efficient and high quality performance in services and projects involving complex operations and technology. Similarly, there are routine service industries, such as private security, that have witnessed the emergence of domestic firms with professional work standards and management systems. And there is reasonable domestic competition in these industries. The Indian pharmaceutical industry is known for reverse engineering, efficient operations and technological skills and is a major supplier of affordable medicines to many third world countries. In this scenario, what substantial benefit will 100% FDI bring? Instead, the effort should be to equip well-performing domestic firms to become globally competitive and increase their exports. That will boost the economy and employment, and upgrade technological skills.

Domestic R&D and manufacturing capability in state-of-the-art technology areas: Removal of the condition of access to state-of-the-art technology in India in the defence sector and waiver of the minimum local sourcing condition in single-brand retail with state-of-the-art technology has directly hurt the opportunities for building those higher-end capabilities among Indian industries and entrepreneurs. Rather than allowing foreign companies to bypass domestic suppliers while doing business in India, they must be asked to integrate domestic manufacturers and service providers within their supply chains so that they contribute directly to building India’s economy as well as technological competence. Achieving higher value and creating capability through technology and innovation must be as important a goal for India’s economy as universal employment generation. Unfortunately, both have been side-stepped.

FDI should support and be subservient to, rather than dictate, socio-economic development

A deeper concern is that our developmental priorities, as reflected in drastic FDI relaxations, appear fundamentally misplaced. While ‘ease of doing business’ is a desirable thing, in India’s case it is being promoted at the expense of other more important national objectives such as employment; survival and skill upgradation of agricultural and small manufacturing economies and families dependent on them; expanding on existing domestic capacities in those industries where Indian firms have already demonstrated competence; and development of domestic R&D and manufacturing capability in state-of-the-art technology areas. FDI should be subservient to, and support, these more important socio-economic goals. The ongoing development policy, by promoting FDI at the expense of these goals, is in fact really not for development.

By and large, democracies with high income and low social strife are the ones which have opened their economies to foreign capital in a major way only after achieving a reasonable degree of domestic economic stability, industrial technological competence and overall prosperity. Opening a large economy to foreign investments without either adequate checks or having a strong domestic economy of suppliers, markets and technological capability is akin to fattening a person by injecting drugs. It is a short cut to growth, but one which will yield an economy that is inherently weak and vulnerable. It is also likely to produce a society beset with economic fault-lines that constantly trigger social conflicts – a phenomenon that might intensify beyond the levels we have witnessed in the past.

Rahul Pandey is an entrepreneur and visiting faculty at IIM Lucknow.