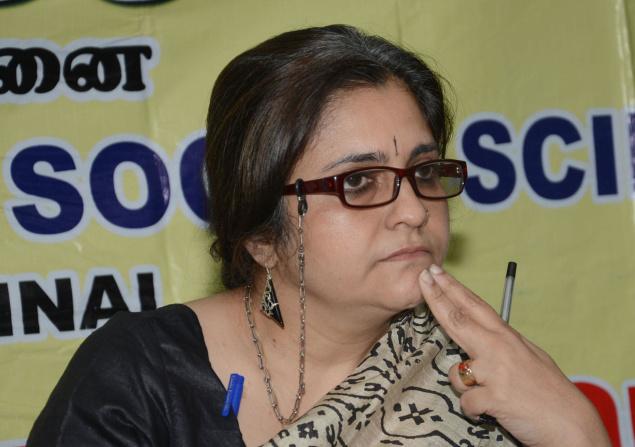 NEW DELHI: The Government of India is mighty. And powerful. Anyone who has worked with the government, or covered it closely as a journalist, perhaps knows it better than others as the the institutions, the agencies all provide for a heady brew of impunity where the ruling politician finds it difficult to resist the temptation to use the power to protect his own, and to hit out at imagined or real foes.

So it is now with the new government of India that is made up of a political stock that does not use fig leafs to hit out when it wants to. And is reported to have a ‘list’ it wants to take ‘care of’ while in power. It looks the other way when its own Ministers and Chief Ministers are involved in scams like Vyapam, Lalit Modi’s travel papers, and what have you but from the word go chases Sabrang Communications and with it well known activists Teesta Setalvad and Javed Anand with every weapon in the powerful state arsenal.

The latest ‘force’ to be unleashed on the two citizens who have little more than their own courage and the law of the land to rely on, is the Central Bureau of Investigation, an organisation that unfortunately all governments have used to their advantage.

There has been little to no effort by Prime Ministers to turn the CBI into a truly impartial investigative agency, armed with autonomy, and skills to unearth scams and penalise the culprits without fear or favour. As a reporter one has covered the CBI over the years, with former Directors quite willing to speak once free of the harness, about the political intervention and the complete inability of the Bureau to work against the corrupt in favour of a particular government. There have been numerous cases where the CBI has pursued scams with vigour under one dispensation, and fallen silent with the next, in a clear demonstration of politically directed favouritism that has been written about every now and again by zealous scribes who have joined the dots, and exposed the pattern.

But the attack on Setalvad and Anand has been vicious by any comparison, with the alleged ‘crime’ —even to take the government agencies at their word– not meriting a CBI raid, or for that matter probe, at all. This has happened after the courts, flooded with documents and evidence, have ruled against this harassment and not joined the government in what Setalvad and her lawyers have clearly described as ‘political vendetta.” CBI officials raided Sabrang’s offices, spending hours as if the two respectable activists were criminals in what activists, intellectuals, academics, lawyers across the country have condemned as measures to not just harass but to intimidate. And intimidate not just Setalvad and Anand but through the process, all those who believe in the dissent of democracy, and have insisted on stating the truth as it is, and not as it is projected to be.

Setalvad and Anand have written two letters to Rajiv Sharma, Joint Director, CBI in both of which they point out that they had had heard of the enquiry through newspaper reports and not from the Bureau itself. in the first letter on June 30 Anand wrote, “this is with reference to newspaper reports about the Ministry of Home Affairs (MHA) directed lnquiry into Sabrang Communications and Publishing Private Limited, Mumbai.While assuring the Central Bureau of lnvestigation (CBI) our fullest cooperation in any bonafide inquiry/investigation, we would like to request that sufficient notice be provided to us/our representative(s) to be available with all required documentation for the purpose.”

In the second letter on July 10 Setalvad wrote about getting the information from “various newspaper reports” that an FIR has been registered against them. She again asked for details, and for verification of these newspapers reports. She has stated that she has not been provided any information.

Within four days the CBI teams were at their offices, throwing around files and documents, as if they were dealing with hardened criminals. Anand in his June 30 letter had listed the exhaustive set of documents they had sent to the FCRA department and from the very beginning they have sought to establish high levels of transparency and accountability. The CBI officials were at their residence till 6.m. and at the Sabrang offices the raids had not ended till noon of the second day. The officials took 12 files related to the accounts, and containing documents given earlier by Setalvad to the Gujarat Police Crime Branch and the Ministry of Home Affairs were taken. From the residence again FCRA documents already submitted to the authorities were taken along with two hard disks from one computer, also account related.

As Setalvad and Anand have been asking “what was the need for the search” except sheer harassment. It is no secret that the two have actively fighting the Gujarat cases. And it seems no coincidence that the CBI raids come on the eve of the final hearings in the Zakia Jafri case on July 27 2015. The Naroda Patiya appeals (Kodnani and Bajrangi) are being heard in the Gujarat High Court even as one writes this. These are all crucial cases for rights and justice of victims of the 2002 carnage in Gujarat.

The opposition has come out to condemn the CBI raids, and the attempts by the state to muzzle dissent and intimidate Setalvad, Anand and others involved in these cases. The All India Womens Democratic Association has been perhaps the most blunt in its statement with, “ the real motive of such hounding of Ms Setalvad is nothing but a clear cut vendetta of Modi Government as a revenge for her active role against the 2002 Gujarat Program. She had been relentlessly continuing the legal fight for all these years so that politically influential culprits are brought to book and punished. Moreover such act of CBI can never be justified in view of Ms Setalvad already assuring her full cooperation in any investigation into transactions and functioning of her NGO.

AIDWA calls upon all justice loving and secular forces to raise their voice against misuse of CBI for scaring a social activist into silence.”

The following table gives the details of the FIRs filed against Setalvad and the current status according to them: