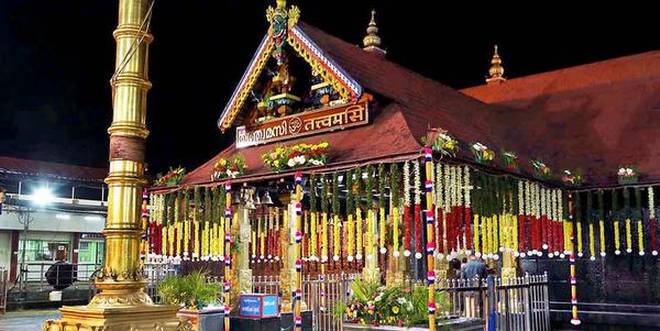 Morality of the mob should not be allowed to undermine rights of individual citizens granted under the Constitution as popular notions about what is moral and what is not are transient and fleeting, Justice D Y Chandrachud noted in his verdict allowing entry of women of all age groups into Sabarimala Temple.

“Popular notions about what is or is not moral may in fact be deeply offensive to individual dignity and human rights. Individual dignity cannot be allowed to be subordinate to the morality of the mob. Nor can the intolerance of society operate as a marauding morality to control individual self-expression in its manifest form. The Constitution would not render the existence of rights so precarious by subjecting them to passing fancies or to the aberrations of a morality of popular opinion,” Justice Chandrachud said.

“The expression has been adopted in a constitutional text and it would be inappropriate to give it a content which is momentary or impermanent. Then again, the expression ‘morality’ cannot be equated with prevailing social conceptions or those which may be subsumed within mainstream thinking in society at a given time. The Constitution has been adopted for a society of plural cultures and if its provisions are any indication, it is evident that the text does not pursue either a religious theocracy or dominant ideology,” he said.

He said the Constitution has been adopted for a society of plural cultures and if its provisions are any indication, it is evident that the text does not pursue either a religious theocracy or dominant ideology.

“Once individual dignity assumes character of a shining star in the constellation of fundamental rights, the place of religion in public places must be conditioned by India’s unwavering commitment to a constitutional order based on human dignity. Practices which are destructive of liberty and those which make some citizens less equal than others can not be countenanced. To treat women as children of a lesser god is to blink at the Constitution itself,” he said.

#Kolkata- Loose women and other urban Indian tales #Vaw
Naxalism a result of an oversight of statutes, says SC
The Morality Tale That The Mahabharata Just Isn’t
Corona Lockdowns around the world bring rise in domestic violence