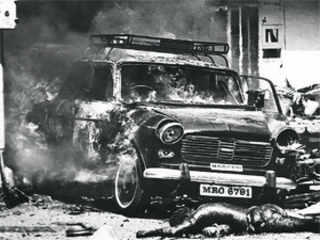 The long arm of the law worked for the 1993 blasts, but not for the riots.

In 2007, judgment was pronounced in the March 12, 1993, bomb blasts that killed 257 innocents in Mumbai. Everyone thought the first major terrorist act in India had finally reached a legal conclusion.

But surprisingly, arrests continued even as the judgment was being delivered and after. This week, another judgment was pronounced against five accused in these blasts, arrested between 2005 and 2010.

The case illustrates the reach of the “long arm of the law”. If the police are out to get you, they will. The police’s efforts had the full backing of their political masters. Mumbai has seen coalition governments led both by the Congress and the Shiv Sena since the March 12, 1993, bomb blasts. Neither regime interfered in the legal process.

But two vital aspects of this case remain unresolved. First: the main accused, Dawood Ibrahim and Tiger Memon, without whom the blasts would not have taken place, continue to be beyond our reach. Until they are tried, there will not be a sense of justice having been fully delivered.

Second, the crimes that were the reason for the March 12, 1993, blasts have not seen similar justice being done. Senior police officers investigating the blasts, including MN Singh, told the one-man judicial commission inquiring into them that they were an act of revenge. Angry at the way in which they felt Muslims had been targeted during the December 1992-January 1993 communal riots, Dawood Ibrahim and Tiger Memon took revenge with Pakistan’s help.

Were Muslims targeted? The commission found that at least in January 1993, they were. But those who targeted them have not yet been punished. It is not as if cases were not registered during the riots. The most brutal killings had TADA applied to them, but they all ultimately ended in acquittals. Both Hindus and Muslims were charged with TADA, but the TADA courts happened to convict only Muslims. The Supreme Court found no merit in their convictions and let them off. The Hindus who were acquitted by the TADA court got lucky – the state government didn’t bother to appeal against their acquittals.

It’s worth pointing out that unlike in the 1993 blasts, there were no absconding accused in the 1992-93 riots. The rioters remained in the city. The police even had their names, supplied by victims who recognised their attackers. But even such cases were among the 60 per cent riot cases closed by the police.

Eight years later, forced by the Supreme Court, the police reopened not even 1 per cent of these closed cases, and then went through the motions of prosecution. No prizes for guessing how these reopened cases ended.

In 2008, after the 1993 bomb blasts judgment, then CM Vilasrao Deshmukh, under public pressure, set up two special magistrates’ courts to try the 1992-93 riot cases. These courts, for the first time, convicted Shiv Sainiks, but except for three leaders, the rest were acquitted by the higher court. The government could have set up special sessions courts to try the worst cases, where the police were the accused.

But that would have meant it wanted to act against the 31 policemen indicted by the judicial commission. On the contrary, the Congress-NCP government did all it could to save them, including going to the Supreme Court.

Despite that, two cases: the Suleman Usman Bakery raid and the Hari Masjid shooting, have survived, thanks to determined victims. The cops face murder charges, but the government has not appointed special PPs to pursue these cases. Left to the sluggish pace of our criminal justice system, they are wilting. 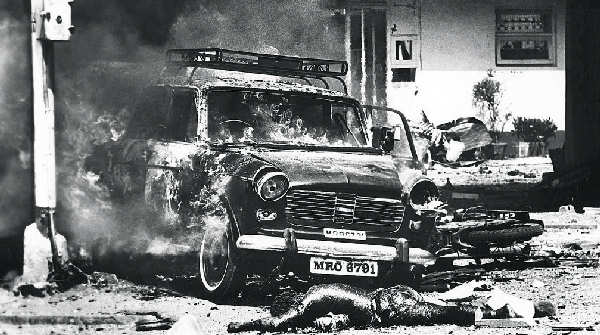