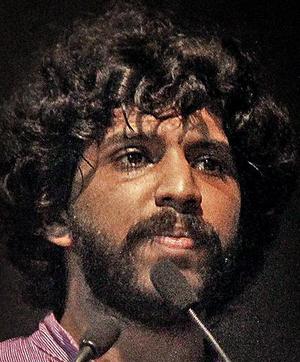 About 500 people took part in the People’s Convention Against Undeclared Emergency organised by groups working for the rights of women, Dalits, and against the Unlawful Activities (Prevention) Act, in Dadar on Friday.

Minal Gadling, the wife of Mr. Gadling, said her husband fought the cases of poor Adivasis accused of being Maoists. She said, “Will anyone have the courage now to help the poor and take up the cases of the marginalised?” Sagar Gonsalves, the son of Mr. Gonsalves, said when the police raided their home on August 28, it was a déjà vu for him. He said, “There was a raid for six hours and I saw the cycle repeating. The first time, I was 12 and felt helpless. Even now it was the same feeling.” Mr. Gonsalves had earlier been charged with being a Maoist. Though he was acquitted of all charges, he spent nearly five years in prison. Sagar said, “While I am happy my father is home, it is a very claustrophobic environment. I feel we are being watched at all times and for what?”

Abdul Wahid Sheikh of the Innocence Network said the Act was also being used against Muslims in the country. He said, “We live in a police state as the police can arrest anyone at anytime.”

Advocate Mihir Desai said laws like UAPA had been created to keep people imprisoned for years without any charges. Tribal rights activist Soni Sori said that whenever Adivasis in Chhattisgarh raise their voice against land acquisition, they are branded Naxals, charged with the UAPA and face the full wrath of the local police.