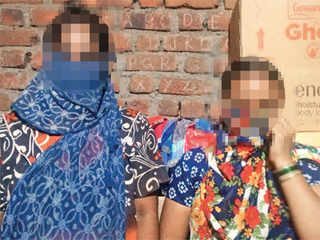 The two rape complaints against the caretaker of a Karjat boarding school for children with speech and hearing disabilities were just the tip of the iceberg. Investigation into the case, which was registered on March 30 based on a complaint from the mother of a student, has unearthed more instances of alleged sexual assault.

The police are in the process of recording the statements of more students. “We have so far recorded the statements of seven girls. They are all in the age group of 6 to 13,” said Sunita Tanawade, senior inspector of Karjat police station.

The police have roped in a sign language interpreter from Ali Yavar Jung National Institute of Speech and Hearing Disabilities to help with the investigation.

On Wednesday, the statements of two victims named in the case, their mothers and one witness — a school employee — were recorded under Section 164 of CrPC.

The girls are able to communicate everything through sign language. Recording one statement takes about three hours as the interpreter first understands them and then tells us. With more victims coming forward, we will add their names to the case. Almost every girl [at the school] was molested.
-Sunita Tanawade, senior inspector of Karjat police station

“The girls are able to communicate everything through sign language. Recording one statement takes about three hours as the interpreter first understands them and then tells us. With more victims coming forward, we will add their names to the case. Almost every girl [at the school] was molested,” said Tanawade. As per the police, the caretaker assaulted students on several occasions.

A few days ago, the two victims named in the case — aged 7 and 10 — were able to pick out the caretaker from an identification parade, the police said.

The police said medical examination of the younger victim showed injuries to the hymen.

The school has 40 students, but only eight girls and nine boys stayed as boarders. Students on the rolls are from nearby villages of Karjat and a little farther away. Most parents work as domestic help. They kept the children at the boarding school and took them home on weekends and holidays.

The police also spoke to the boys, who said the caretaker would misbehave in a drunken state and beat them up. On March 27, he allegedly beat up all the students.

The accused is the nephew of the couple who run the school.

The sexual abuse came to light when students went home during the long weekend, starting March 28. The last sexual assault was on March 27. On March 30, the police registered a case under sections 376(2) (rape in the custody of a public servant), 377 (unnatural rape), 354 (molestation) of the IPC, and relevant sections of the POCSO Act as well as the Juvenile Justice Act. He was arrested and sent to judicial custody. The principal and the superintendent of the school were also subsequently arrested, but got bail.

The government-aided school receives grants from the social justice department. 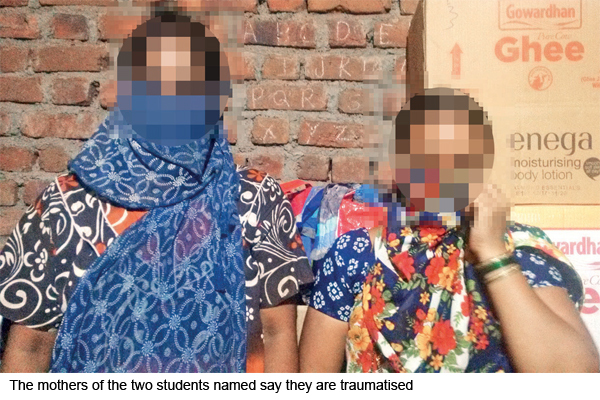 HAD NO IDEA: SCHOOL OFFICIALS

The couple who run the school said they had no idea of any assault taking place at the school.

“No girl confided in me. Had I known something like this was happening, I would have immediately taken action,” the principal said.

She said the sole woman staff who stayed with the girls at night was on leave from March 9-13. She resumed work thereafter.

Asked about open toilets and bathrooms, she said, “We have put cardboard covers now.”

Her husband, the school superintendent, said, “We only learnt about the case on March 30 when we were called to the police station.”