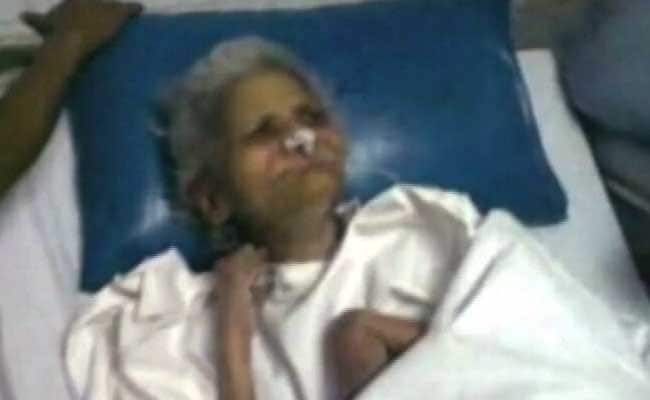 File picture of Aruna Shanbaugwho was brutally raped at Mumbai’s KEM Hospital in 1973, and was in coma for 42 years.

MUMBAI:  Aruna Shanbaug, a Mumbai nurse who was raped in 1973 by a staff member at the hospital she worked in, has died after being in a coma for 42 years. She was 68.

Ms Shanbaug was in the Intensive Care unit of Mumbai’s state-run King Edward Memorial (KEM) Hospital, where she had worked and was raped. Doctors had said a few days ago that Ms Shanbaug was suffering from pneumonia and was on ventilator support.

She was 26 years old and a junior nurse at the hospital when Ms Shanbaug was brutally assaulted and raped allegedly by a ward boy and cleaner named Sohanlal Bharta Valmiki. Her attacker also strangled her with a dog chain, which cut supply of oxygen to her brain resulting in irreversible damage.

She was discovered in the hospital’s basement, the iron chain around her neck, 11 hours after she had been sodomized and strangled.

Valmiki, who the young nurse had reportedly scolded for stealing food that was meant for stray animals adopted by the hospital, was tried for robbery, not rape.

In 2011, the Supreme Court rejected a petition by author Pinki Virani to stop force feeding the Ms Shanbaug. Ms Virani, who had authored a book titled ‘Aruna’s Story,’ had argued for euthanasia.

But former and present staff members and nurses at KEM Hospital, who looked after her all these years, strongly opposed euthanasia.

Nurses who cared for her all these years ensured that despite being bed-ridden for four decades, Ms Shanbaug did not even get bed sores. They changed her diapers, fed her and calmed her when she got restless. There were always more than a few people in her ground floor room at the hospital.