Sanathan Sanstha raid: The explosives have been handed over to the Mumbai Forensic Science Laboratory to ascertain its nature. An ATS team raided the home of Vaibhav Raut in the wee hours of Friday.The Maharashtra Anti-Terrorism Squad (ATS) has recovered at least eight country-made bombs along with other explosives and literature from the residence of a Sanatan Sanstha sympathiser while conducting raids at his residence in Palghar.

An ATS team under the supervision of a senior IPS-rank officer raided the home of Vaibhav Raut in the wee hours of Friday and searches continued till early morning. Raut, who has been taken into custody for questioning, is likely to be placed under arrest and produced before a local court, sources said.

The explosives have been handed over to the Mumbai Forensic Science Laboratory to ascertain its nature. “We want to know source of these explosives and how Raut intended to use them and therefore his custodial interrogation is necessary,” said an official requesting anonymity.

While the right-wing terror outfit denied Raut being an active member, Sanatan Sanstha advocate Sanjeev Punelikar told the press that Raut was acquainted to its member. “Raut had been externed by the Palghar police in connection with a beef ban case. While he is a hindutva worker, he isn’t our member. However I doubt the ATS claim of he hoarding explosives,” he said. Punelikar added that the outfit will provide Raut legal aid.

Sanatan Santhan was founded in 1999 by Jayant Balaji Athavale. Persons owing allegiance to Sanatan Sanstha have been arrested in four bombings

However, in December 2015 Minister of State for Home informed in Rajya Sabha that, no links could be found among the murders of Narendra Dabholkar, Govind Pansare and MM Kalburgi. Dabholkar’s family is claiming the link between the three murders and requesting court to club the cases. However, Central Bureau of Investigation have informed High Court that it is waiting for the ballistic report from Scotland Yard to link all three cases. 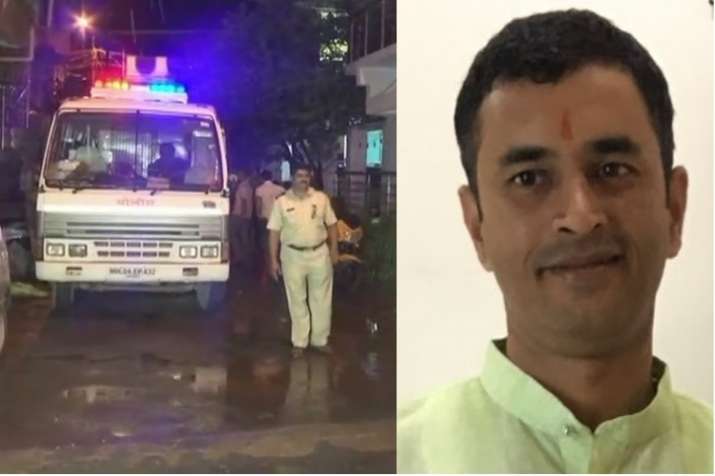