Manjula Shetye’s death on June 23 — allegedly after the prisoner was beaten up by jail staff inside Mumbai‘s Byculla district jail — highlights what really goes on inside India‘s prisons. 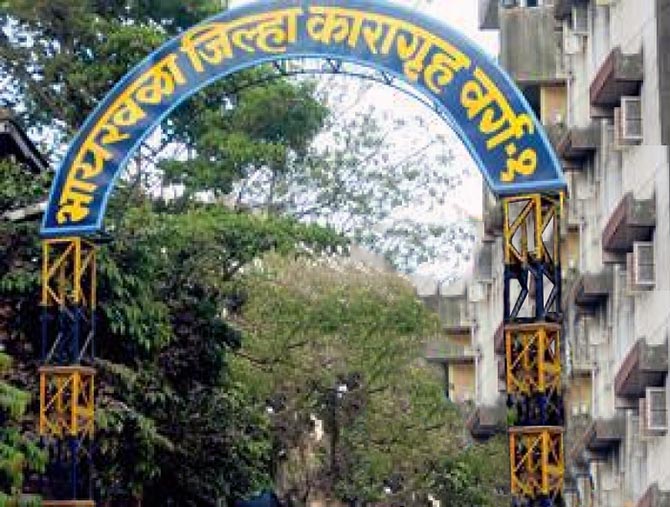 Sushma Ramteke, who spent almost three years in Byculla jail as an undertrial on the charge of ‘association with Maoist ideology’, says she was beaten and humiliated by the jail staff.

Currently out on bail, she recounts what she encountered at the Byculla jail.

The wardens wake the inmates by 5 am. The inmates are made to sit in a line in groups of two.

By 5.45 am they open the gates of the barrack. 50, 60 undertrials are kept inside a barrack that has a capacity for just 25 people.

Once the counting of inmates is over, the undertrials get their tea and breakfast by 7 am.

After completing the work given to everybody by 10.30, 11 am the jail officials bring lunch.

Once lunch is over by 12.30 pm, everybody is again stuffed inside their respective barracks.

By 2, 2.30 pm everybody is again brought out from their cells for tea.

Soon after, by 3.30, 4 pm, dinner is distributed among the undertrials.

Those who like to eat hot food eat their dinner at around the same time while those who feel they may get hungry by bedtime keep their food and eat it later in the evening.

Those who feel hungry after an early dinner have no option but to wait the night out till breakfast arrives.

The dinner is nothing more than two rotis, watery dal, some vegetable and a bit of rice.

The food served is often of inferior quality. We protested often and agitated over it, but to no avail.

Nobody listens to your woes inside the Byculla jail.

Most of our agitations were about cockroaches, worms and lizards found in our food.

How the inmates are harassed

While the food quality, toilet facilities and hygiene are often used to harass undertrials, there are other ways adopted to tire and disturb the undertrials mentally.

The guards who are often supposed to accompany undertrials for hearings in court are often ‘absent’, so we are not allowed to go to hearings under this pretext.

They don’t allow the guards to take us for court hearings even when they are available. They tell us the guards are ‘absent’.

This results in huge delays in the trial proceedings. The case is stalled in court for want of the accused.

If not, this they invent excuses like there is a strike in the city.

If we insist on being produced in court, we are abused or manhandled.

This happens on many occasions.

The other ways in which inmates are harassed

The rebellious ones are woken up earlier than the others and made to work harder.

They are not given enough food so as to emaciate them by not giving them enough calories required by adults.

Their movements within and outside the barracks are restricted so that they don’t get enough fresh air.

They are not allowed to meet their relatives and are confined to the barracks.

The worst is solitary confinement, which is done to break down an inmate’s mental balance.

This has resulted in people suffering from mental disorders.

During my 2 years, 9 months stay at Byculla jail I did not hear about the death of any woman inmate because of severe beating by the jail officials.

There were lot of cases of jail officials assaulting women inmates inside the jail.

Inmates would be beaten up severely for silly reasons.

If anybody opposed ill-treatment to fellow inmates, they were beaten black and blue.

Even pregnant women were not spared from such assaults.

I intervened and asked why an inmate was being beaten.

She was standing in a queue when I saw women officials beat her. This inmate was pregnant.

I asked why she was being beaten. They beat me up black and blue for demanding an explanation and insubordination.

It was only when two African inmates threatened to go naked that I was spared.

If they (jail staff) had continued their assault, I would have been dead too.

A South African inmate Dyna was called into a room and severely beaten along with her son, who was barely three then.

There were bruises on his body when we saw him in the barracks.

His mother told us he fell unconscious after being beaten.

Everybody who leads protests against the high-handedness of jail officials is marked and is dealt with an iron hand when they get an opportunity. 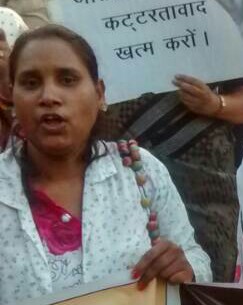 After my assault case, the CPDR (Committee for Protection of Democratic Rights) visited the jail the next day, that is, November 9, and spoke to me.

I could hardly walk or talk. They also met the jail officials.

This stopped further assaults and harassment.

My lawyers Sudeep Pasbola and Arif Siddiqui moved the sessions court the very next day, November 10.

Jail Superintendent Indurkar and I were summoned to the court.

Seeing my condition, the sessions judge ordered immediate medical treatment at the J J hospital as well as a magisterial enquiry which is (still) pending before the Sewri court.

I am saying this because it is important.

When jailors come for weekly visits on Wednesdays and Thursdays we would tell them about the inhuman treatment given to the inmates by prison officials.

While they would listen to us patiently and promise action or improvement in our conditions, nothing would change.

The jailors were not at all affected by our plight, not even when we told them that pregnant women were beaten up mercilessly by the jail staff.

During my stay in the prison I did not come across any case where an inmate’s private parts were assaulted.

From what I hear this sister (Manjula Shetye) was called into the office which is far away from the barracks.

Even when I was there, inmates were taken to this office and beaten up mercilessly.

Though we could not hear anything, the inmates would narrate what happened with them, how they were beaten up by the women officials in that office.

The other inmates were then intimidated to keep their mouth shut.

We were told that false cases would be lodged against us; we would never be let out of jail; we would be beaten more mercilessly.

The inmates would succumb to such pressure tactics and keep quiet.

There are toilets inside the barracks, but the bathrooms are outside.

At night, inmates use these toilets.

When jail inmates are outside their barracks they can use 10 to 15 toilets and bathrooms at the ground level.

During monthly periods, those inmates who cannot afford to buy sanitary napkins on their own were given two pieces by the jail.

When these two are not enough, inmates have to make use of clothes.

Those whose families can afford send money orders to the inmates inside the jail and then they buy sanitary napkins from the jail canteen where they are sold.