Mumbai – ‘Management’ of bodies still a cause for concern 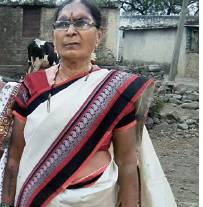 The handling and disposal of the bodies of the victims of coronavirus continues to be problem, despite several reports in recent days highlighting cases where the victims have been left unattended – in some cases in the clothes they died in – next to the living in hospitals around the city.

According to the standard operating procedure issued by the BMC on May 2, victims must be removed from the ward within 30 minutes of their death. The bodies should either be handed over to the relatives or kept in the morgue. Mirror recently published two reports showing “mismanagement” of bodies in civic hospitals in Mumbai.

The latest case to come to light involves a 55-year-old woman who died at Shatabdi Hospital in Govandi on Thursday. Kasturabai Pimpale, 55, was suffering from typhoid and died within an hour of being admitted.

Despite being a suspected Covid-19 victim, the hospital took more than four hours to place the body in a bag and remove it from the ward, her grandson Swapnil Jawalgekar told Mirror.

Although Jawalgekar and other members of the family did not directly blame the hospital, they did raise important questions regarding the “management” of Covid-19 victims’ bodies.

“I respect and salute every health worker who is on duty at the hospital,” Jawalgekar said. “My only problem is that suspected patients’ bodies are being left unattended for hours in the same ward where other patients are being examined or treated.”

“We could have been suffering from Covid-19 as well, and we want to cooperate with the hospital. But there is no system in place.” Jawalgekar said he was “running around asking what the procedure to receive the dead body is”.

“After almost two hours I was asked to bring a white cloth. We went to Chembur and bought a shroud. Then they asked us to pack the dead body. But we are not trained to do that. We refused. Her body was lying uncovered for more than four hours.”

The family finally managed to find a person to wrap the body in the shroud and place it inside a leak-proof plastic bag.

There was no hearse to carry the body to the electric crematorium in Chembur. Hospital staff made several calls to Rajawadi Hospital, but were asked to wait. Finally they decided to transport the body in a private ambulance.

“Four relatives lifted her dead body from the hospital bed and placed it in a wheelchair. We then moved the body into the ambulance. At the crematorium the workers asked us to get the body from the ambulance and place it inside the chamber. They just pressed the button,” Jawalgekar said.

The next day, according to Jawalgekar, some of the relatives went to Rajawadi and asked to be tested. “We were told that there is no need to test unless someone has symptoms,” he said.

Dr Alka Mane, medical superintendent of Shatabdi Hospital, blamed the incident on shortage of workers. “Around 25 health workers, including doctors and hearse drivers, have tested positive,” she said. “The workload is immense. Most of the patients are either brought dead or die within no time of admission.”

Dr Mane added that there are adequate bodybags available.

The hospital said it will start a 40-bed Covid-19 ward from Monday, as it expects a rise in the number of cases..”

Why I Don’t Want Guns in My Classroom
ANGUISH of A MOTHER about the insensitivity of POLICE, MEDIA and society in getting justice to her d...
Chhattisgarh - Talking outside gunpoint
Demonetisation was a disaster India did not deserve