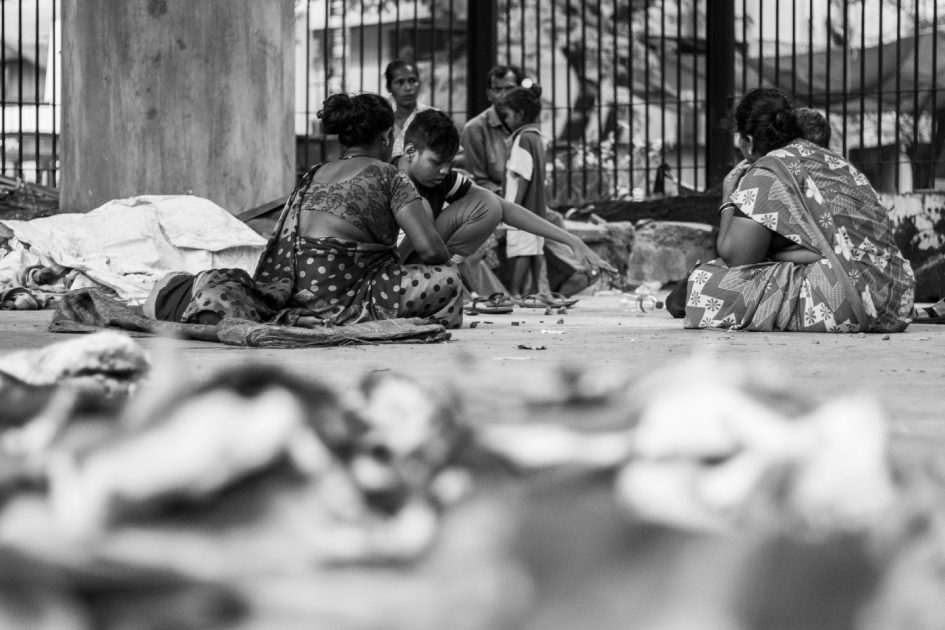 Navi Mumbai: On June 3, 2020, as 10 teams of the National Disaster Response Force stood in readiness across Maharashtra, Cyclone Nisarga made landfall south of Mumbai. To avert any medical crisis, 150 COVID-19 patients had been moved to more secure locations.

For hours, heavy rainfall and gusty winds of up to 110 kmph lashed the city, felling trees, knocking tin roofs off settlements and causing small floods in some areas. But India’s financial capital, currently also a COVID-19 hotspot, was spared the worst. The cyclone that had strengthened over 12-18 hours made landfall a short distance from the city, sparing thousands of lives and livelihoods.

Raigad, where Nisarga eventually made landfall, saw waves as high as eight feet lash its coastal areas, damaging residential apartments. Alibaug, also south of Mumbai, witnessed wind speeds as high as 130 kmph. In many parts of coastal Maharashtra, power utilities had to be shut down and mobile services were affected, according to the government.

Mumbai has not had a major cyclone since 1948. Cyclones are common along India’s east coast flanked by the Bay of Bengal but not so much in the Arabian Sea.

However, Mumbai can no longer continue to be complacent about its coastal climate that has remained stable for decades, allowing it to build dangerously close to the sea. A 2019 study by a team led by Adam Sobel, climate scientist from Columbia University, found that a severe cyclone landfall at or near Mumbai was possible.

“So while the point of our study is that the city is not as free from cyclone risk as its residents might have thought, we certainly didn’t expect that one would happen just a year after we published our results,” said Sobel.

Globally, cyclones are set to become more intense and frequent, warned a September 2019 report by the UN’s Intergovernmental Panel for Climate Change (IPCC). Thus, increasing evidence points to the need to move people and developments away from low-lying coastal areas.

But in Mumbai, the exact opposite is happening: Heedless of the growing threat of cyclones on the western coast, the city continues to build along the sea, our investigation shows.

India’s coastline is protected by the Coastal Regulation Zone (CRZ) notification that requires government permission for building close to the sea. Most sanctions are given by the states but in eco-sensitive areas, only the Centre can okay large projects which are then recorded on the Parivesh portal.

To find out if real estate projects were being cleared along the country’s coastline, we ran a code looking for the words ‘housing’ and ‘residential’ in project titles on a database we created by manually entering the details of over 2,000 projects cleared by the Ministry of Environment, Forest and Climate Change (MoEFCC) between July 2014 and March 2020.

Here is what we found: Up to 52 ‘residential’ and 34 ‘housing’ projects were given environment clearances between July 2014 and March 2020 under the “CRZ+ Miscellaneous” category.

Of the 52 residential projects granted clearances, 36 (69%) are in Maharashtra; of these, 11 projects are in Mumbai and 17 in neighbouring Thane. Of the remaining, one project each in Bhiwandi (Thane district), Panvel (Raigad district) and Khalapur (Raigad district) has been approved.

Indiscriminate construction could turn into a liability for Mumbai as Nisarga-like cyclones, an exception so far, become the norm due to global warming, as we explain later. “Mumbai was remarkably lucky this time,” Sobel said, pointing to the cyclone’s limited impact.

Mumbai is India’s smallest district by area. Here, 365 people live on every one square kilometre of land, according to the 2011 Census, making it one of India’s most densely populated districts. The city was planned at the back of hundreds of years of stable coastal climate but with climate change set to change that, development policies will have to be rethought, said experts.

Maharashtra (380), followed by Gujarat (316) and Uttar Pradesh (153), received a majority (849) of the 2,053 environment clearances between July 2014 and March 2020, a year-long IndiaSpend investigation had earlier revealed. You can explore the data here on our interactive map.

India’s CRZ notification was introduced in 1991 to regulate development along its coastline, but since then has been amended several times. Many of these changes were made keeping the real estate sector in mind so more affordable housing projects could be built. “This will benefit not only the housing sector but the people at large looking for shelter,” the Centre had said in a December 2018 release when further amendments were made to the notification.

Some amendments were made keeping specific projects in mind, said experts.

“In the context of Mumbai, there have been many dilutions to the CRZ notification and many of them have been related to specific development projects or infrastructure projects that have been planned here,” said Shweta Wagh, a Mumbai-based architect, urban researcher and part of the Collective for Spatial Alternatives that is involved in environmental research and planning. CRZ dilutions have reduced the protected area around a bay from 100 m in 2011 to 50 m in 2019, Wagh said.

This opens up the possibility of development projects around eco-sensitive areas such as the Mahim Bay in Mumbai.

Science indicates that Nisarga will not be the last cyclone to hit Mumbai, as we said. “Changes in the ocean due to a warming world have increased the chances of tropical cyclones over the Arabian Sea,” said Roxy Mathew Koll, climate scientist at the Indian Institute of Tropical Meteorology (IITM), Pune. June is not generally a favourable time for the formation of cyclones, Koll said, but global warming could have facilitated Nisarga.

“It appears that though the atmospheric conditions were not favorable, the high ocean temperatures in the Arabian Sea–riding on a global warming trend–have played a role in the low pressure system intensifying into a depression and then a cyclone,” said Koll.

Preparation for future cyclones would mean increasing protection for natural defences such as mangroves, rivers, floodplains and wetlands, Koll said. Currently, all of these natural defences are under attack by man-made projects, as IndiaSpend has been reporting in Environment Undone.

Mangroves of Mumbai are its first line of defence against disasters, said Anjal Prakash, research director and adjunct associate professor at the Indian School of Business and an IPCC author. “They [mangroves] have proved to be a saviour on many occasions in the past,” he said. “Of late, we see that these forests have been systematically destroyed which could be disastrous in the long run.”

Apart from gusty winds, heavy rainfall is an immediate threat from a cyclone that could lead to large-scale flooding.

In 2005, Mumbai was lashed by two days of continuous rainfall leading to heavy flooding. The Madhav Chitale report (March 2006) in the aftermath of the disaster identified that the city had inadequate drainage system, was rapidly losing ponds due to development, had slums encroaching on its drainage system and its mangrove cover was reducing.

“These are the adaptation measures which Mumbai must focus on,” emphasised Prakash. “The Mithi river, which is the major drainage point in the north, has been reduced to an open drain due to severe encroachments and discharge of industrial effluents into the river.”

In recent years, India has managed to save lives by investing in early warning systems that helped both during Amphan that lashed the states around Bay of Bengal in May, as well as Nisarga in June.

With cyclones upping the risk of flooding, early warnings could go a long way in helping preparation. “Each city should have an early warning system which can take into account these multiple threats, based on the local conditions such as land use and human demographics,” said Koll of IITM-Pune. “A recent assessment of the flood management policies in the country shows that at least to some extent the floods are a management problem.”

India did have an early warning system in place for cyclones Amphan and Nisarga. The state-of-the-art system was put in place in 2009 and serves all of India’s neighbours in the Arabian Sea and the Bay of Bengal region–Bangladesh, Myanmar, Thailand, Pakistan, Sri Lanka, Maldives, Yemen, Oman, Somalia, UAE, Qatar, Iran and Saudi Arabia.

The India Meteorological Department (IMD) was lauded by the World Meteorological Organization (WMO) for its early warning system that allowed a million people to be evacuated in time before cyclone Amphan hit.

“Around five days in advance, we provide the genesis [of the cyclone], the track, the intensity and whether there will be heavy rainfall or a storm surge,” said Mrutyunjay Mohapatra, director general of meteorology at the IMD. “In the case of cyclone Nisarga, it was a short-lived cyclone that lasted for two-and-a-half days. We informed the governments of Maharashtra and Gujarat on the 31st [May] itself, providing them one day extra to prepare which has ultimately minimised the loss of lives.”

While science on climate change is clear, and with IMD also beefing up its preparation, experts said it is time for other stakeholders like policy makers to respond to the challenge as well.

“An even better outcome [of cyclone Nisarga] would be if it also contributes to a more widespread and robust debate on the development projects proceeding rapidly along Mumbai’s vulnerable coastline,” said Sobel. “Environmentalists have long warned that many of these projects are unwise; I hope they may be taken more seriously now.”

(Shetty is a reporting fellow with IndiaSpend. Kumar is an independent contributor.)