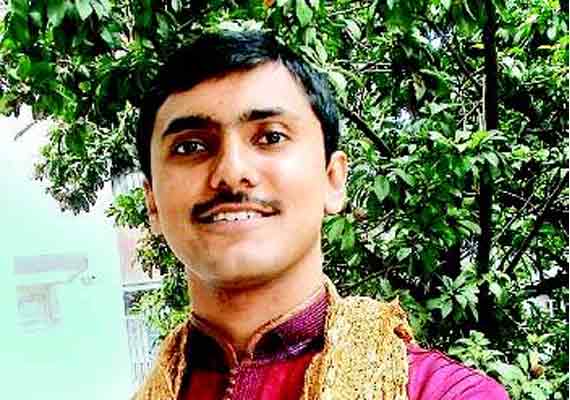 MUMBAI: The Azad Maidan police on Tuesday arrested a 26-year-old resident doctor at a south Mumbai hospital for allegedly filming two female colleagues when they were taking a bath. However, when the accused doctor, who is pursuing his Master of Orthopaedic Surgery, was produced before the Esplanade court on Wednesday, he was granted bail as his final-year exams are due .

On December 13, a female surgeon, who is 28-30 years old, was taking a bath in the common bath facility at the hospital, where other resident doctors also stay, when she noticed some movement on top of the bathroom. She saw a man’s hand holding a mobile phone. The bath facility has a 7-ft high partition wall, which does not touch the ceiling, said a police officer. But the accused left the washroom before she could confront him.

Another female doctor had a similar experience on December 15.

Later, the two women discussed what had happened in the bathroom and suspected the accused doctor of being a peeping Tom.

“When they asked the accused to hand over his phone, he removed the memory card and gave it to them. As they did not find anything, they were forced to return it. But their suspicions were not allayed. Next day, they snatched the mobile phone from his hand, ran to their room, connected it to a USB cord and retrieved the deleted videos on a computer. They were shocked to see videos of them taking a bath. They then approached the police,” said an officer.

The Azad Maidan police have seized the mobile phone. “We will send it to the Kalina forensic science laboratory for analysis and retrieve the data, if deleted,” said investigating officer Anil Surve.

The accused, who hails from Pune, was booked under section 509 (outraging the modesty of a woman) of the IPC and section 66A (hacking) of the Information Technology Act.

By Lata Mishra, Mumbai Mirror | Dec 20, 2013,
Police suspect doctor caught filming women colleagues bathing may be a habitual offender, want forensic lab to retrieve deleted videos if any; accused meanwhile resigns from hospital, vacates hostel.Two days after a Bombay Hospital doctor was arrested on charges of filming two female doctors while they were bathing, the Azad Maidan police who are investigating the case have sent his seized mobile and laptop to the Kalina Forensic Laboratory for tests.

The Bombay Hospital authorities, meanwhile, asked the 27-yearold Dr Yash Shah to resign from his post and leave the hostel, which he did late Wednesday night.

The police suspect that Dr Shah could possibly be a habitual offender who might have filmed other female colleagues on his mobile in the past.

Senior Inspector Narendra Singh of Azad Maidan Police Station said, “The video clips are strong evidence, that’s why we arrested the doctor without any delay. We sought custody of him for further investigation, but due to his final exam going on the court granted him bail. He has been asked to be present in court once his exams get over.”

Singh added, “We will be recording statements of the hospital authorities whom the victims first approached. We have also instructed the authorities to have the gap in the bathroom partition covered as soon as possible.”

After the hospital lodged the complaint, a police team went to Bombay Hospital on Tuesday night and arrested Dr Shah from his room —No 721 on the seventh floor — and seized his mobile and laptop. He was produced in court on Wednesday and granted bail.

Dr Shah’s parents, who themselves are doctors and run a nursing home in Pune, were both present in the Metropolitan Magistrate‘s Court. He is their only child and they were obviously upset. Dr Shah, who had done his MBBS from Pune BJ Medical College, got engaged in September and was to marry after his final exam.

Bombay Hospital spokesperson Dr Sagar Sakle told Mirror last night, “Yash has reigned and vacated his room at the hospital hostel. He is no more a part of the hospital. We all are shocked that such an incident has occurred in the hospital premises. Our hostels have always been safe for our doctors, with CCTV cameras installed on each floor. Obviously, we did not expect this.”

Yash Shah, 27, a resident doctor in Bombay Hospital’s orthopaedic department, was arrested on charges of filming two female doctors while they were bathing in the quarters. He allegedly filmed one woman on Dec 13 and the other on Dec 15 through a gap above the bathroom partition.

On Dec 17, the two women snatched Shah’s phone from him and on checking it found clips of them bathing.

A police complaint was lodged, Shah was arrested and charged with outraging the modesty of a woman and sending offensive messages through a communication service.

Covid-19 fight is a Test match, not a T20. Here’s what India needs to do to win
Capital Punishment: Dying Out but Still Killing #deathpenalty
PRESS RELEASE - Vishakha and Ors made Interveners in the case of Former SC Law Intern
#INDIA- Disturbing rise in male intolerance to empowerment of women #delhigangrape #vaw