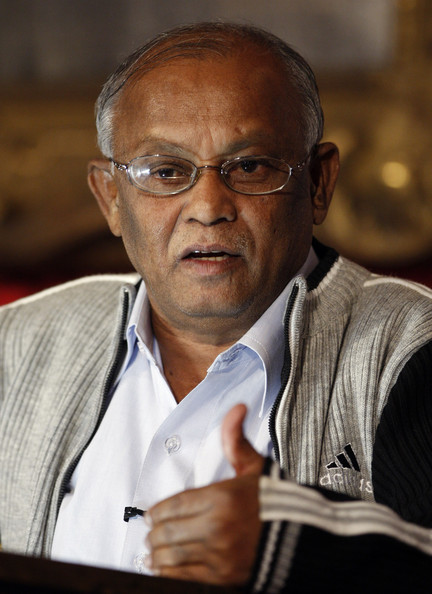 Millions of homeless slum dwellers across India and certainly Mumbai lost their messiah when my friend, Magsaysay Awardee & Nobel Peace Prize nominee Padmashree Dr Jockin Arputham, passed away in a Mumbai hospital on October 13 of brain haemorrhage he suffered in his office. In the two days during his hospitalisation, his followers cutting across faiths said prayers and performed ceremonies for Jockin who wasn’t much of a believer himself.

For 55 of the 72 years he lived, Jockin worked for the rights of the homeless; their land rights, toilets, food, livelihood, and above all, dignity. He started by affirming to slum dwellers that they were deserving of rights, dignity and humanity and then mobilised them for collective action to help them secure their rights. Starting as an agitator against government and its instrumentalities, over the years Jockin’s National Slum Dwellers Federation (NSDF) and NGO SPARC became partners with the state for policymaking for the homeless and rehabilitation of slum dwellers. Long before ODF (open defecation-free) and toilet-building were buzzwords in mainstream policy discourse, his NSDF worked to bring sanitation to Mumbai’s slums and incentivised their use by garnering funds from international agencies.

With bare formal education, Jockin’s fierce intelligence, ambitious vision and affable negotiation skills could charm people all over, from the UN Secretary General to Presidents and PMs and ministers of countries. All of 5’2”, he stood tall among them.

He was an inspirational world figure and a voice for the homeless everywhere. He would speak aggressively and persuasively at global and UN fora, confronting the powers-that-be for their patronising attitudes towards the poor. His strength came from an indomitable spirit of selfless service and commitment of purpose.

He set up Shack Dwellers International (SDI), headquartered in South Africa, to carry on his mission for the homeless across 37 countries.

Without much ado, he supported thousands of poor families in Mumbai with monthly rations, children’s education and healthcare needs.

Jockin died without any possessions. No home, no bank account, no credit card and never a penny on his person. Money from all his awards, including Magsaysay, Skoll Award ($1.2mn) and grants from UN, Ford Foundation, Gates Foundation, SIDA, etc, would go into the account of SDI and SPARC, which, led by its founder CEO Sheela Patel, ensured that Jockin never fell short of funds to help the poor. “All these awards I accept on behalf of the slum dwellers who were my university, my teachers,” Jockin had said. “The money goes to the organisations. If I can give all the poorest of the poor a house, that will be my biggest victory.”

Every minute of his waking time he worked for his people, neglecting his own health, uncontrolled diabetes and hypertension.

After open heart surgery and hospitalization in 2005, he started living for the first time in a tiny rented apartment, away from his Cheetah Camp slum home, although in his heart and mind, he was always a “proud slum dweller”.

In Jockin, India has lost one of the strongest voices of the poor and homeless.

#India - Crimes of exclusion in the new Law #LGBT
Maharashtra minister Hasan Mushrif gets 'milk bath' to 'purify' him of an 'ink attack' #WTFnews
Shameful of NCW member to blame victims: Women’s groups slam her remark on Badaun rape
How online abuse of women has spiralled out of control in Modi's 'New India' #Vaw