Municipal Corporation, Faridabad has to open its regional offices near Haryana Delhi Border and reopen the e-portal.” 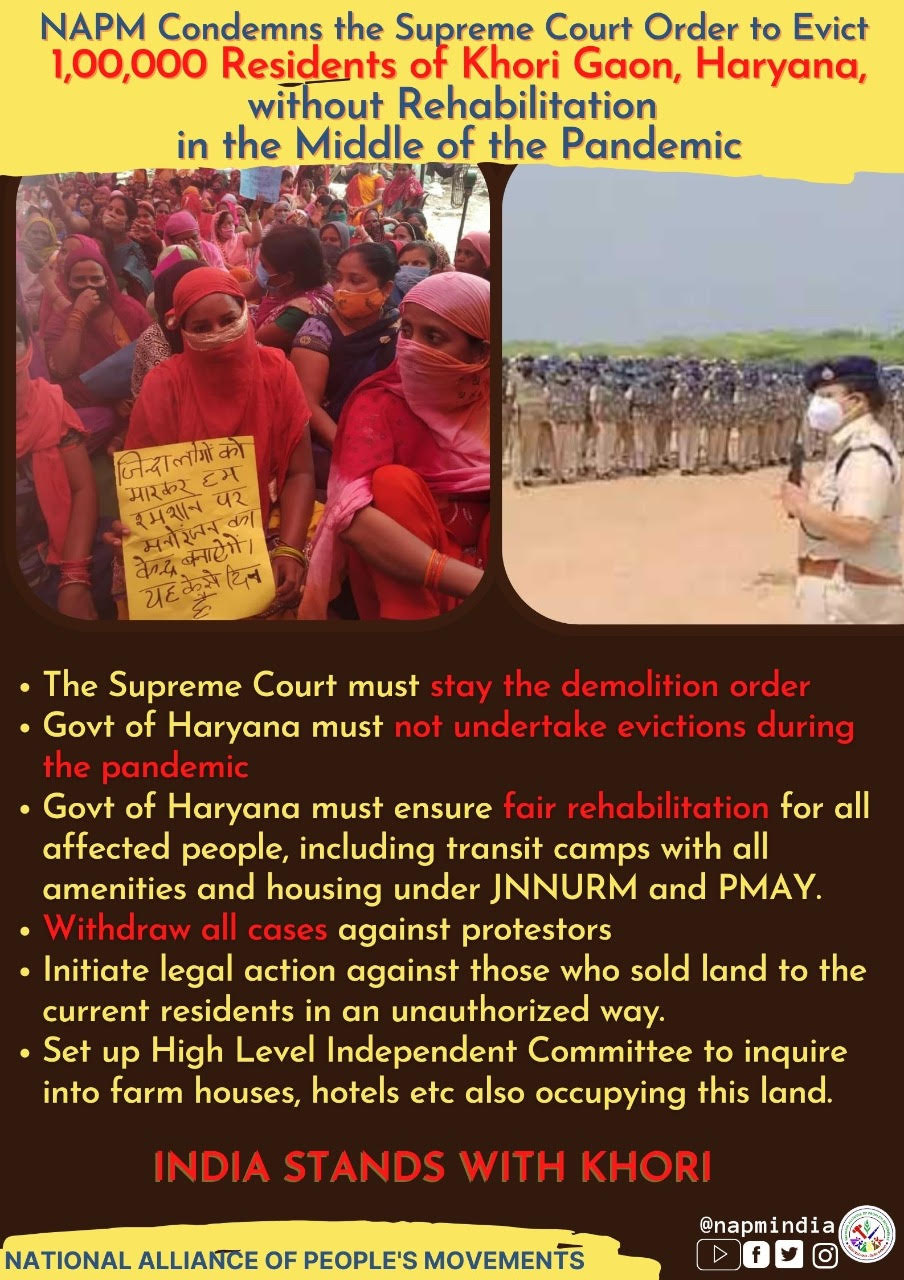 The second important round of the CHHITHI ANDOLAN (letter movement) of Team Saathi, Khori Gaon is underway. The second round of letter movement is going on from 28th November. The youth of Team Saathi went from place to place and informed the people of Khori village about the order of the Supreme Court. Thousands of people have been talked to during the letter movement so far. It came to know that no one has received financial assistance of 2000 ₹ .

The condition of the people devastated from Khori Gaon is getting worse day by day. There is no solitium i.e. financial assistance of any kind. Till November 15, more than 5000 people had applied for flats in Dabua Colony. Many applications have been rejected. Some applications were also accepted. But Dabua Colony is still not habitable. There is no water, electricity and sewer facility of any kind. It’s full of dirt. The rooms are torn apart. Doors & windows are not complete. There is no condition to live there even for the next several months.

People demanded that they immediately open their regional offices at Chungi No. 3, Chungi No. 2, Haryana-Delhi border, so that people can send letters there for solatium i.e. financial assistance. ₹2000 is a very small amount but people are in great need of any help.

Another important issue is the reopening of the e-portal:

The purpose of the letter movement is that people can convey their demand to the government. To inform the people about the order of the Supreme Court and to run the process accordingly. Not everyone filled the form on e-portal for flats in Dabua Colony. However, their houses in Khori Gaon were demolished. Therefore, they are entitled to get this minimum financial assistance of ₹ 2000.

It is again demanded from the Haryana Government that they should open their regional offices at Chungi No. 3, Chungi No. 2, near Haryana Delhi border, Municipal Corporation, Faridabad and re-open the e-portal.