“…Murder Me, Set My Home on Fire, But in My Veins Runs the Waters from the Ganges… 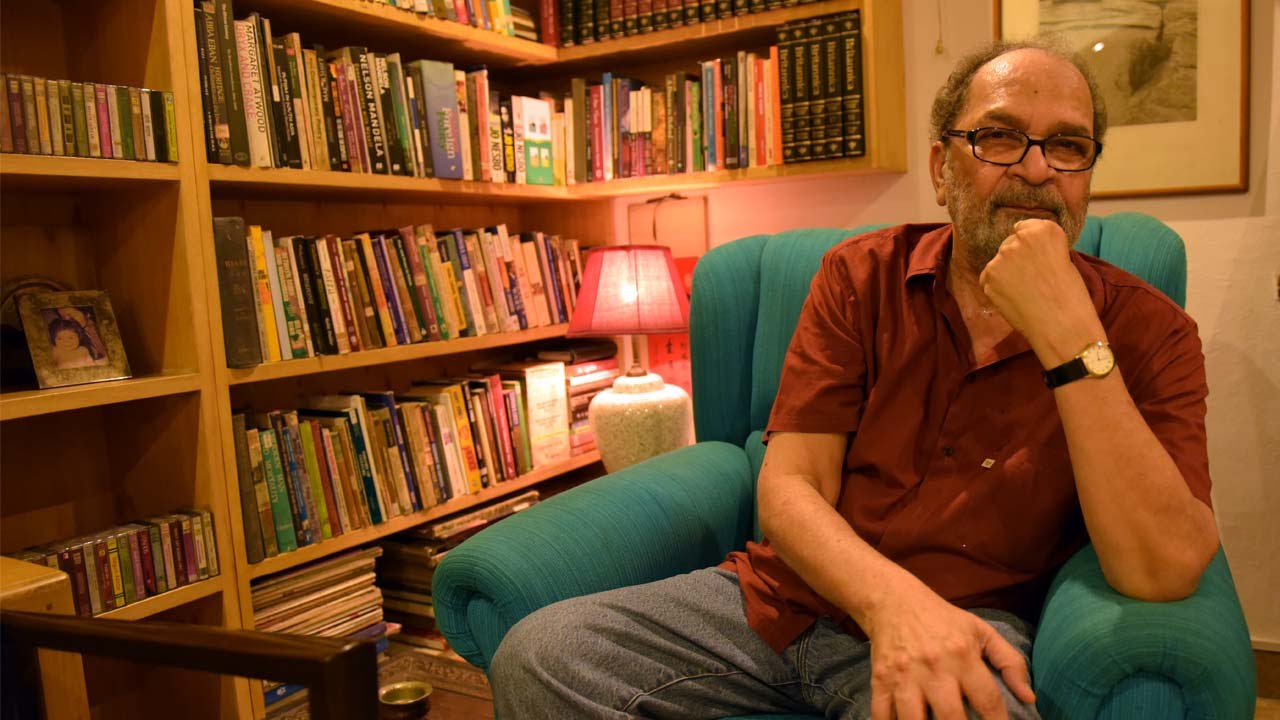 He choked on words as he recited from Raza: my name is like that of a Muslim, murder me and set my home on fire but in my veins runs the water from the Ganges.

Fill the palm of your hand with my blood and throw it on the face of Mahadev and tell that yogi-Mahadev take this Ganga back now for it is become part of a Turk and runs through his despicable body like blood:

Naqvi is in pain as he watches fundamentalists both Hindu and Muslim drag the rug of living together from under the feet of Indian society.

Saeed delivered the 15th Frida Laski Memorial Lecture in Lucknow this year. The talk was titled sham-e-haram ho ya diya somnath ka a line from the poetry of Mir Taqi Mir who was born in Agra in 1723. Mir wrote this about Varanasi saying that the splendor of its beauty lights up everything whether it is the Kaaba or the lamp at the Somnath temple.

Frida was a birth control advocate, a great friend of India and wife of Harold Laski, a London School of Economics (LSE) professor. Harold was also chairman of the British Labour Party in 1946. Their daughter Diana nearly married VK Krishna Menon, once the second most powerful man in Indian politics after Jawaharlal Nehru. Menon was one of Harold’s favourite students at the LSE in the 1930s.

“The base of our existence was all about appreciating each other. Today when I talk about times in which I grew up I feel like I am telling lies. As if I am making up stories. This is the extent of cultural damage that politics has done to us,” he said.

Yet he does not tire of repeating how Hindus and Muslims have been so full of admiration for each other. How adorable Urdu poets have found Rama, Krishna and the city of Varanasi. It is nothing but love for this land that made Amir Khusro, the 13th century poet burst into song at the sight of endless fields in western Uttar Pradesh carpeted with the mustard crop, and at the repeated call of the koel and cuckoo birds.

Nazeer Akbarabadi from the 18th century has written with abandon about his love for Krishna and his poetry is popular with both Hindus and Muslims.

An evergreen popular bhajan is man tarpat hari darshan ko aaj where the devotee pines for a glimpse of his creator. It is from the 1952 film Baiju Bawra and written by Shakeel Badayuni, sung by Mohammad Rafi to music composed by Naushad. Hasrat Mohani who died in 1953 shared his love for Krishna in numerous verses and made pilgrimages to Mathura during the Janmashtami celebrations.

It makes Naqvi sad to see people from the Hindu and Muslim communities drift away and to look upon each other with suspicion today. It took more than a thousand years to nurse a hectic cultural commerce between the Hindu and Muslim way of life that became the envy of the world but is now threatened by fundamentalists belonging to both communities.

That does make him sad but not pessimistic as there must be something, he says quoting poet Allama Iqbal that prevents our existence from being wiped out by the age old resentment of the world against us:

Once again Mohsin Kakorvi was quoted as the poet who described the cosmic in ecstasy at being told of the birth of the Prophet Muhammad. Then, the poet imagines the clouds dancing all the way from Kashi to Mathura in search of a glimpse of Krishna.

Saeed Naqvi gives another example, of Shaikh Ali Hazin who came to Varanasi in 1750 from Isfahan, Iran and found it difficult to leave the city.

Wrote Hazin that he cannot part from Banaras as every Brahmin here looks like a son of Ram and Lakshman:

When Mirza Ghalib’s pension was stopped, he began his travels from Delhi to Calcutta to petition the East India Company to renew his dues. On his way he took a break at Varanasi in 1828 and was inspired to stay on to pen a long poem called chiragh-e-dair, the lamp of the temple.

To the 19th century poet, Banaras was like a lovely maiden who looks at her beauty mirrored every day in the waters of the Ganga River. He called the city the Kaaba of Hindustan where sacred music is made from conch shells:

Another example is that of Bismillah Khan who played the shehnai with utter devotion at the Vishwanath Temple in Varanasi.

Naqvi regrets that most members of the Muslim clergy and some intellectuals too do not encourage this kind of living together between Hindus and Muslims. No wonder not one line can be found anywhere today in praise of the clergy, by an Urdu poet.

While the media is quick to make headline news of a riot between Hindus and Muslims, not much mention is made of the everyday encounter between people of both communities who like living with each other. Thousands people from different religious and economic background continue to meet everyday at the shrine of Sufis who have always encouraged peace and harmony amongst all human beings for centuries.

Few know that a Muslim priest applies vibhuti on the forehead of a pilgrim who first prays at the Vavar Sami mosque before traveling to the Sabarimala temple in Kerala.

There is a need to visit with young Indians the Maihar home of Baba Alauddin Khan, sarod maestro in Satna, Madhya Pradesh. Here music is played only after offering prayers to goddess Saraswati. Here Alauddin’s son Ali Akbar Khan and Ravi Shankar sat at the feet of the guru to learn music. Later Ravi Shankar married Alauddin’s daughter.

It was most exhilarating for Saeed Naqvi to watch Indonesian dancers say the namaz before performing the Ramayana ballet every evening against the background of the Prambanan Hindu temple complex in Central Java. This, the traditional dancers have been continuously doing for nearly half a century in a country that is home to the largest Muslim population in the world.

That is life. That is civilization. That is culture. Everything else is politics, concluded Naqvi.