Nandini Sundar – A continuous history of harassment by the Chhattisgarh police 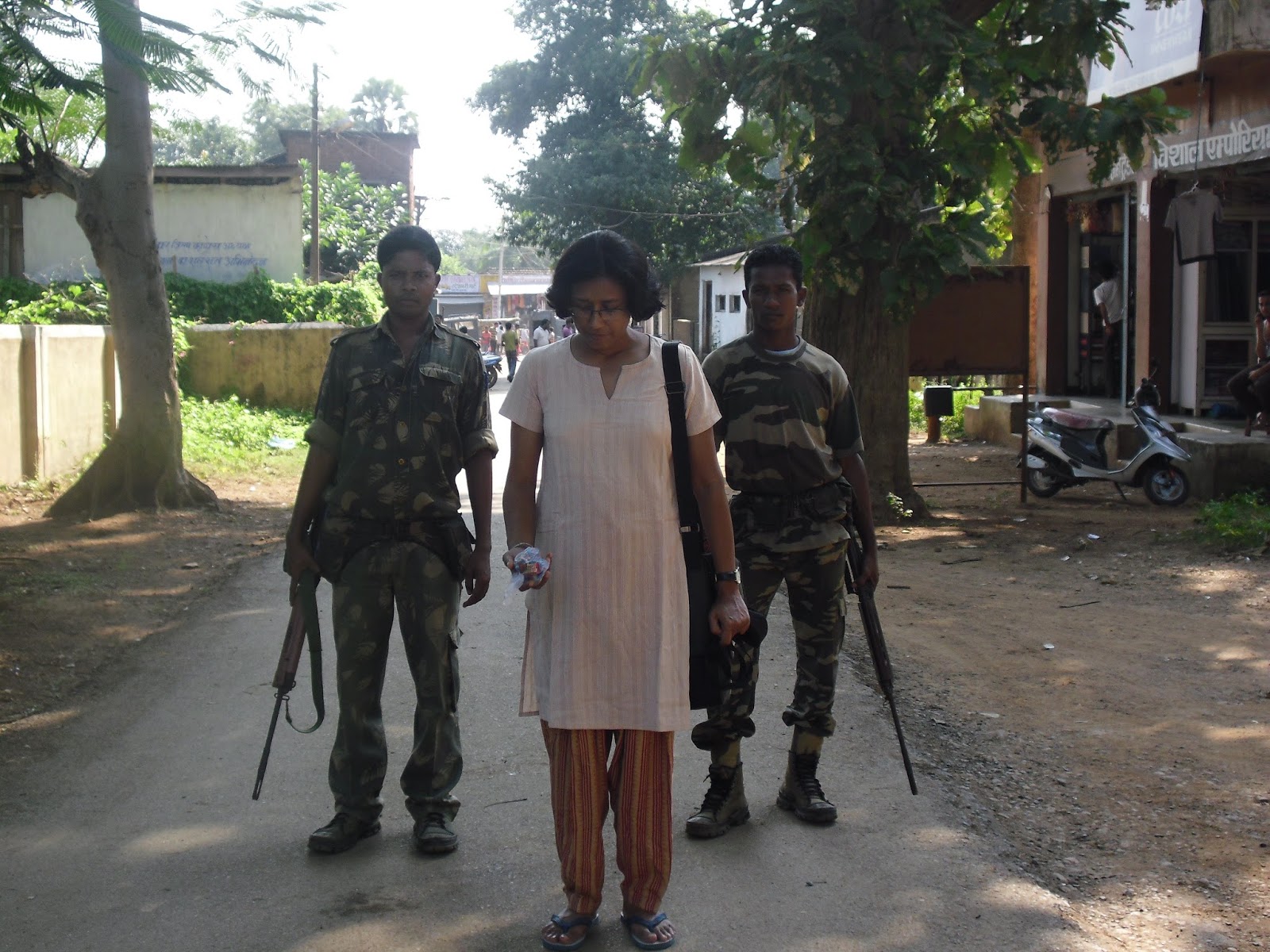 This photo is of October 2010 - Nandini Sundar had gone to the market to buy toffees, and was followed by two SPOs

List of incidents when Chhattisgarh police has tried to harass me, because of my human rights work and litigation in the Supreme Court.

May 2016: Completely false charges made up that ‘JNU profs’ had instigated villagers to join Maoists, threatening to burn their homes if they did not support Maoists. Police staged demonstration of alleged villagers in front of thana demanding that an FIR be registered against us. Media vilification campaign carried through Zee news, Chhattisgarh whatsapp groups, media, and Collector Amit Kataria’s facebook page. All the persons who accompanied us and whom we met have been cross-questioned and intimidated, including the driver of the hired car.

2016 is the first time that I have used a pseudonym (Richa Keshav) – and that too, only verbally to one policeman who claimed to be making a friendly enquiry in order to avoid being stopped. I have always told the villagers who I am and why I am there, including in this instance. And yet, this name change is the story that the media choses to highlight, not the years of persecution. Apart from a few brave Chhattisgarh reporters, the national media has also not chosen to report it as part of a recent pattern in which journalists, lawyers, and activists have been arrested, landlords intimidated into denying housing, and a variety of other vigilante attacks have taken place at the behest of the police, especially IG SRP Kalluri.

My public stand on the state-Maoist conflict is also well known, where I have consistently criticized Maoist violence. This is what makes this current charge even more ridiculous – that we would threaten villagers that their houses would be burnt if they did not support the Maoists.

I am deeply grateful to all the friends and colleagues who have accompanied me on these trips, and suffered police intimidation. I have not named them here for obvious reasons.

This photo is of October 2010 – I had gone to the market to buy toffees, and was followed by two SPOs