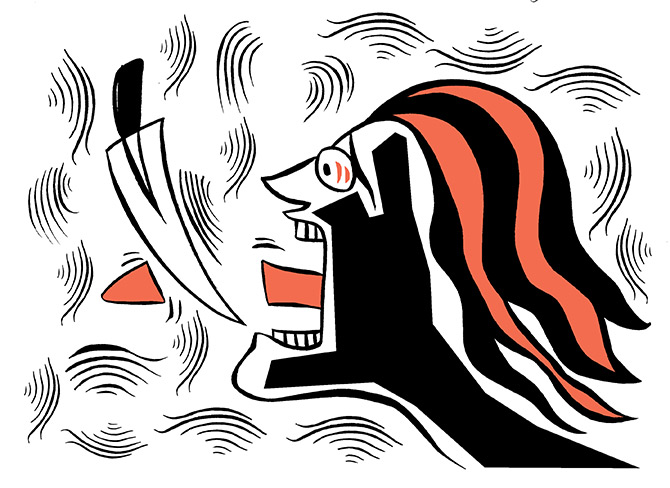 Reaffirming our faith in the Constitution on Ambedkar Jayanti

Political democracy cannot last unless there lies at the base of it, social democracy. What does social democracy mean? It means a way of life which recognizes liberty, equality and fraternity as the principles of life.

April 14/15, 2020: As the country paid homage to Babasaheb Ambedkar on his 129th birth anniversary, Prof Anand Teltumbde and Gautam Navlakha, two of India’s finest public intellectuals and activists were taken in custody by the Indian State for their ideas and lifelong commitment to the democratic values and the ideals enshrined in the Constitution. What could be the greater irony for us as a Republic ?

They join Sudha Bharadwaj and other advocates and rights activists arrested for their alleged involvement in the infamous ‘Elgaar Parishad – Bhima Koregaon’ case! The case made out primarily under the draconian Unlawful Activities Prevention Act (UAPA), with the sole purpose of witch-hunt suffers from several lacunae and has barely moved forward. It has only one aim: to target activists, criminalise dissent and suppress democratic voices.

Their arrest, not surrender, needs to be seen together with the registration of FIR against Siddharth Varadrajan, Prashant Bhushan, Ashlin Mathew, Kannan Gopinathan in different parts of the country.  Read this also with continued incarceration of peasants leader Akhil Gogoi for four months now; arrest of Dr Kafeel Khan in Uttar Pradesh; arrest of Abhilakh Singh, Secretary of Theka Mazdoor Kalyan Samiti in Pantnagar University; Meeran Haider and Safoora Zargar, research scholars from Jamia University; teacher Konsam Victor Singh and Dr. Laifungbam Debabrata Roy in Manipur, Soneswar Narah and Pranab Doley of Jeepal Krishak Sramik Sangha in Assam and many other arbitrary arrests over facebook posts, WhatsApp forwards and most importantly for raising questions over the government actions.

These are just tip of the iceberg examples. Governments are using the Covid lockdown to continue its agenda of destroying the democratic institutions and processes, restrict fundamental rights and freedom and criminalise any critique as sedition and anti-national. The federal character of the Indian State is being put under the strain and being eroded constantly. This is in line with the authoritarian tendencies seen elsewhere in the world where, States are using the Covid situation as an opportunity to increase repression, and trample on democratic rights, increase surveillance and prepare for ruthless accumulation, with greater impunity and consent. The choices offered are to dying of hunger and unemployment, being shut out by repression while facing more dispossession and exhaustion or die of Coronavirus.

The lockdown is being misused everywhere. We saw the excesses in beginning of August with Jammu & Kashmir, but now the whole country is following the same template. Courts make mild noises about decongesting the jails in wake of the pandemic, but thousands of political prisoners, including dreadfully sick and disabled Professor GN Saibaba, continue to languish there. Indian State is only adding to their numbers rather than decongest those. The courts too are under lock and key and there is no channel for any appeal for justice. How can one demand, insist upon or protest to seek full compliance of the guidelines and rules put forth by the National Human Rights Commission of India or even the United Nations Commission on human rights ? However, we demand that government immediately withdraw these false cases, stop witch hunt of dissenting voices and release all the political prisoners languishing in the jails across the country.

There is an undeclared emergency, unfortunately, admitted as a necessary evil, in response to a pandemic. A perfect tool for curbing dissent and establishing complete control. The wave of dissent generated by the protests against the citizenship laws and birth of Shaheen Baghs across the country can now be made history under the garb of an unfolding health crisis, threatening the humanity. Unfortunately, the communal virus is proving to be more dangerous than the Corona virus. The renewed targeting of the minorities through social media, including fake documentaries and videos, during these opportune environs is causing irreversible harm to the national unity, integrity, peace and constitutional democracy. Its time to build social harmony and reject and give up monstrous dreams and projects like NRC, NPR and CAA which discriminate and create further divisions in the society.

The national lockdown, initially announced for three weeks, has now been extended till May 3rd. We all are in lock down. Our activities, including those related to livelihoods of the poor are arrested. However, amidst this corona virus pandemic, there are many happenings which are in full swing including various decisions on changing labour and environment laws and policies, transfer of public sector properties to the private and banking and finance sector without much public debate. We cannot ignore the simultaneous decisions being taken against the working class, the labour force put to toil for the country’s growth and sacrifice for the elites’ comforts. The abolition or abrogation of labour legislations is going to prove to be against the interests of the same working class of unprotected toilers who were thrown on the streets and haven’t yet reached their destinations, not just their home or villages but their struggle for decent employment and fair wages.

The pandemic has also driven home the point that the most important sectors of our economy health, sanitation, water supply, cleanliness remain neglected and people engaged in those are the real warriors and s/heroes. Doctors, nurses, safai karmacharis, health workers and others have been working non-stop even without protective gears, putting their lives at stake. We need to think through as a nation going forward after the pandemic and fix our priorities and build a clean and healthy nation.

The farmers who through struggles, are partly saved from the inevitable suicides, are again the worst hit. In spite of various official orders, even during lock down, there is no procurement by the state of the perishable and non perishable produce and hardly any  channels made available for marketing those, with the support price that is MSP or reasonable price for non- MSP crops like fruits, vegetables and hilly millets. They are thrown as a prey for the profiteers  and big traders and hoarders. Same has been true about fishworkers and dairymen, artisans, hawkers, and small traders too. The livelihood security linked with the food security of the poor and middle class is banished. All this and much more is invariably breaching the faith in the constitutional framework of values and principles that is preserved by the Indian society, especially the socio-economically oppressed over decades. The measures announced by the government is proving to be insufficient. There is need to increase financial allocations for vulnerable sections and also that measures announced don’t remain on paper but get implemented, before its too late.

Their voice through the media committed to justice, secularism and socialism like the wire or NDTV, is also being throttled through false accusations and unjustifiable legal actions. The corporations, who are the partners, not only in the battle against coronavirus but engaged in the profit war at the global economic forum, on the other hand, are protected and promoted even during covid-19. This is ruthlessly pursued amidst the fear and intimidation faced by others. In this medical emergency, the courts and governments side with the private health industry and not with people and deny free test of Corona affected patients, health care to those affected and stand for the right of business and profit at any cost. This says a lot about the state of affairs and commitment of State to the Capital.

Ambedkar Jayanti is the day we all must remember the ideals of an independent India, achieved after sacrifices and martyrdom those in Jallianwala Bagh and the struggle for independence. As we move forward and battle this pandemic, we must remember that as a nation so many ordinary people have risen up to the occasion and reached out to help those in distress. Social movements, trade unions, women’s and farmers organisations, NGOs, charitable trusts and others have taken upon them to extend solidarity and look after those in need. This encourages us to continue our struggle for building a better India even as struggle with the excesses during the state of lockdown. This pandemic has exposed the diverse faultlines, pluralities, strengths and weaknesses of our society. As we look ahead, there is a need to rethink our modes and missions and priorities as a nation. Thus:

·       A pledge on this day should, therefore, be for getting prepared, united, and mobilized with courage and commitment, to be reflected in every message and media that is within our reach.

·       A pledge should also be for alternative economic and developmental paradigm with no or least depletion of natural resources, which can prepare us for fighting not only pandemics like this but unfolding climate crisis too.

·       A pledge for self reliance of societies and communities with democratic principles, socialist goals and processes.

·       A pledge to combat communal hatred, casteism and wiping off social distancing that is up in the air, during the opportune pandemic !

·       Pledge to remain firm and speak up for human values of love and compassion, extend solidarities and build alliances across diversities of thought and action.

We do and we will continue to stand together with the vision of Ambedkar, Gandhi, Periyar, Marx, Lohiya and others as reflected in the visionary Samvidhan. And we urge, as Prof Teltumbde did in his open letter to all of us that …”you will speak out before your turn comes.” let us keep speaking and raising our voice against injustices and for a better India.

Horror sinking in, bodies found floating in Ganga
Protesters demand justice in Babri Masjid demolition case
Life-threatening problems with the way Aadhaar is being forced down the throats of the most vulnera...
ScoopWhoop co-founder Suparn Pandey accused of sexual assault by ex-employee #Vaw