NAPM condemns the continued injustice to the workers of Century Yarn/Denim mills in Madhya Pradesh. 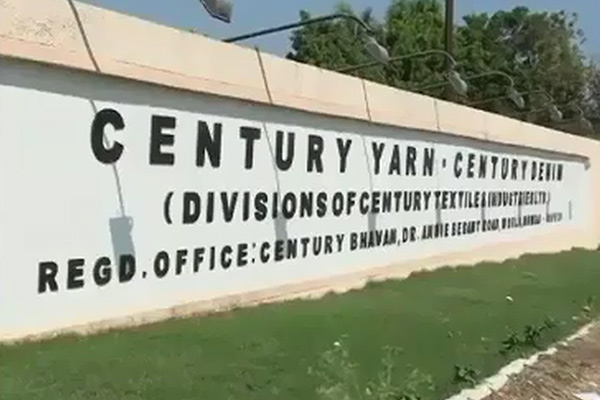 New Delhi | 25th March, 2018: The M.P. Government’s face stands exposed in the case of  the 1200 workers and 400 staff  members of Century Yarn/Denim at the hands of the companies and the Labour Commissioner,(M.P.). BJP, on one hand claims ‘Sabka Sath, Sabka Vikas’.  While Workers of the Century mills are denied rightfully wages as the Century mills are fraudulently factories are sold to Wearit consortium, Kolkata. Authorities of the Madhya Pradesh Government in Indore, have remained biased and not used their powers fully to ensure  justice to the workers.

With the intervention of the Narmada Bachao Andolan and worker’s unions, the agitating workers took their case to the Industrial Tribunal. The Tribunal, after hearing the case concluded that the agitation of the workers is justified and that the workers who sincerely carried out their duty with the century mills till it was functional, yet refused to work with Wearit, sale to whom is not proved to be genuine and legal, have not committed any wrong.

However, the CEO of the Wearit company denied all the demands of the workers even when the order of Industrial Tribunal is in the field. Workers, through trade unions finally filed a contempt case before the Tribunal. As a result of mass action and legal intervention, the Labour Commissioner was compelled to summon the company directors and issue orders for payment of 8 days wages when the workers produced and earned profit for Century. But the decision on the rest about 158 days payment is not taken yet. LC has certainly not used his powers effectively. The cases of contempt, reference for payment of wages by Century owners as ongoing employees etc are pending with the IT till date.

The companies, both Century and Wearit have, on the other hand, filed appeal cases against the above referred extensive order of the IT before the High Court of M.P., Indore. The hearings were concluded on February 7th, however no orders are passed till date. The Hon. High Court, when mentioned for early order, has categorically stated that it has not stayed the order of the I Tribunal, which stands.

The issue of payment of balance due in the case of 300 workers who were sacked unjustifiably, years ago, is also pending before the LC as well as I Tribunal.

Meanwhile, one of the united workers, continuing the struggle, Jitendra Dhangar, 27 years, committed suicide, finding it unbearable to manage his family with his brother’s wedding at the doorstep. On the day of funeral, police stopped women from reaching Jitendra’s house and garlanding the deadbody resorting to lathicharge hurting about 4/5 women led by Mahesh Dube, S.I. and abusing them with vulgar statement especially by Mr. Dinesh Kushvah, S.I.,Balakwada, Khaltaka. “Come to my house for Dhanda. Will get Rs.100.”

Many of the worker’s children have been shifted to government schools from private schools, in order to save expenses which too they are unable to manage. Families sufferings are borne by all, only with the commitment to the cause, that of checking the unruly, illegal transactions among the companies, at the cost of labour, their lives and livelihood.

We understand that thousands of adivasis from tehsil Manawar Distt. Dhar are also fighting a battle against unjust acquisition and displacement by the same Kumar mangalam Birlas, the owner of Ultratech Cement Company. We Support Their Struggle too.

We condemn the continued harassment of the workers and demand as below:

Unless the workers & adivasis are done justice & the above demands are fulfilled, NAPM will help the struggling masses intensity the struggle.