by National Alliance of People’s Movements 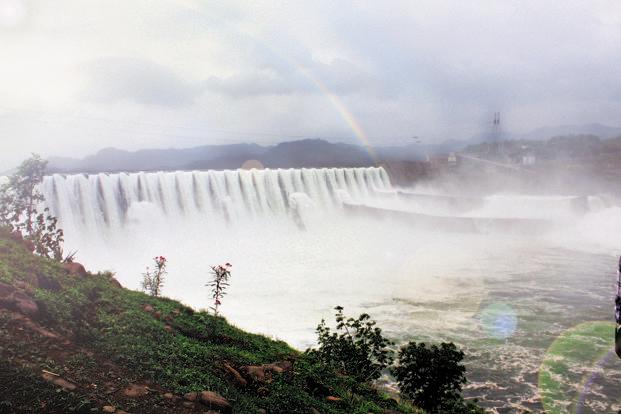 Kevadia/Vadodara | 16th July, 2016: Hundreds of adivasis affected by the Sardar Sarovar Project have begun their Dharna (sit in) and relay fast from yesterday, the 15th of July. They have been demanding full and fair rehabilitation which they haven’t yet got despite being displaced in the late 1980’s and 1990’s.These adivasis who sustained their livelihood on the land, forests and water (as well as fish)were forced to leave their access tothese natural resources and shift to the resettlement sites; where they have found it difficult to fit into the cash driven market economy.

While the R&R policy no doubt offered 5 acres land to each oustee family, including the major sons of the landholder; irrigation and the canal network were not provided in most of these lands with little or no priority to these affected adivasis.

The adivasis are also upset because they were promised ‘Rozgaar’(jobs)in an official memorandum issued in the 1990s. However, this promise was not kept either and the decision was not implemented. Since the cut-off date in Gujarat for identifying Major Sons was 1987, many married sons of the landholders have become landless and there is no forest produce or government land to support them at the new R&R sites.

The youngsters from resettlement site like Karnet and Barouli have resorted to agitation with no response. Once, women jumped into the canal and faced litigation form the government rather than getting a reply for their demands! It is evident that many families received less than 5 acres of land and that an indifferent attitude of the government prevails as construction works of amenities like drainage systems are left incomplete in most R&R sites!

The government has fueled the unhappiness among the people by recently releasing a list of about 1000 families whose lands have been declared to be taken back despite being to them 15-20 years back!

Moreover, the government of Gujarat has been submitting one affidavit after another claiming that all the affected adivasis are rehabilitated and rehabilitation in the state is one of the best across the country. The fact is that this is a campaign of falsehood which must be as nothing but cheating on the part of the government led by Mr. Modi for the past last decade at least.

The Adivasis are now not ready to face further injustice!!

While the construction of the dam is completed and the gates are wait to be erected, the people actively resist the motives of the government and have already conveyed the same to the officials including the Secretary and the Commissioner who came to the agitation site yesterday and held a dialogue. The people are determined to stay put have begun a relay fast today with 85 of them sitting on the fast and hundreds of others continuing the agitation with them.

This showcases the ‘Gujarat model of development’ which is callous and insensitive to these oustees!

The Gujarat government and the Narmada Control Authority (NCA) must respond to all the people and their demands and not commit a crime by closing the gates and heaping further injustice on them.