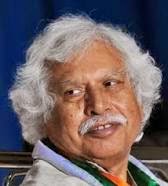 By Our Representative
The People’s Union for Civil Rights (PUCL), well-known civil rights organisation, has taken strong exception to some of its office bearers of Gujarat participating in a forum formed to support Congress candidate Madhusudan Mistry, fighting against the BJP‘s prime ministerial candidate Narendra Modi from the Vadodara parliamentary constituency. A statement issued by V Suresh, PUCL general secretary, and distributed by well-known Vadodara-based environmentalist Rohit Prajapati, who is a PUCL office bearer, too, has said, “It is the stated policy of PUCL (both national and state units) not to align itself or support in any manner whatsoever any political party.”
The statement, also signed by Prof Prabhakar Sinha, president, national PUCL, declared, “The organisation shall not and does not endorse, support or oppose any candidate, in any elections — whether it is parliamentary, state or local body elections.” The statement comes in the wake of  reports that PUCL is part of the newly-formed People’s Forum for Madhusudan Mistry, meant to support the Congress candidate in Vadodara constituency in the ensuing Lok Sabha polls.
“We would like to place on record that PUCL does not support and is not supporting any specific candidate in Vadodara constituency. Office bearers of PUCL, both national and state units, are not authorised to announce, commit or pledge PUCL to be part of any formation such as the forum launched in support of Madhusudan Mistry”, the statement clarified.
“Even if any individual member has indeed participated in the formation of such a forum in their personal capacity, we would like to make it explicitly clear that this does not have the approval or support of the PUCL”, the PUCL declared, adding, “We would also like to place on record that all office bearers of our units have been asked not to participate in any forum to support/oppose specific candidates even in their personal capacities.”
The statement follows a forum of 30 non-government organizations (NGOs), which included a section of the Gujarat PUCL office bearers, declared their support for Mistry. “Some of its members had earlier said they would support any political party during the Lok Sabha polls”, sources said, adding, “The NGOs claimed that they had come together to demolish the myth about Gujarat’s development.” They released a book ‘Sachhai Gujarat Ki’ that talked about Gujarat’s low rank in social and development parameters, written by Hemant Shah.
Shah, who authored the book, said, “We are not supporting any political party. Our support is for Mistry as he is very hardworking and honest man. He is a good candidate and has fought a lot for the rights of downtrodden and needy people. That doesn’t mean we are supporting Congress.” Mistry himself has long been running an NGO called Disha for the last several decades among tribals of Sabarkantha district of Gujarat.
“Gujarat is lagging in many areas and the state is not number one in any segment, including investments. We have come together to demolish the myth of development and Gujarat model. We will organize many programmes in the coming days and urge people to vote for Mistry,” Shah said.