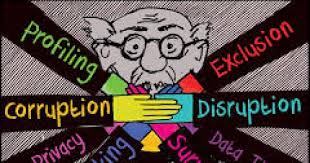 The decision was arrived at after taking numerous reports of common public grievances into account consequent of making Aadhaar mandatory for various governmental and non-governmental agencies in Nagaland, it said.

It asked all the Aadhaar registration agents to immediately close down the booths and immediately cease the activities. Various government and non-government departments and agencies operating in the Naga inhabited territories, including the financial institutions were also directed not to insist on Aadhar or make Aadhar mandatory for any job applications or other services, it said.

“There will be surprise checking and anyone found possessing Aadhaar card will face consequences”, it said, while urging the common public to refuse registration.

Jharkhand not to allow iron ore movement from SAIL’s Gua mine
﻿250 Parliamentarians and Eminent Citizens write to Prime Minister to release funds for MGNREGA and ...
No Justice For Insaf
Sex offence trial of ex-IMF head Strauss-Kahn opens #Vaw