NDTV shores up support to save India’s coastline 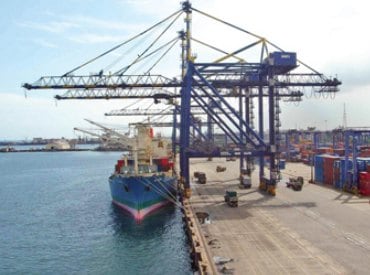 In a first of sorts, New Delhi Television (NDTV) has filed a petition before the National Green Tribunal (NGT), asking for the Indian coastline to be protected. In its petition before the tribunal, the company that runs one of India’s prominent bouquet of TV news channels, has asked for work to be stopped on all new ports of the country, till the tribunal gives a decision on the case to the coastal environment and livelihoods of coastal communities.

NDTV has contended that the innumerable ports being planned across the Indian shoreline could be dangerous for coasts and authorities should make a carrying-capacity assessment before going ahead.
Besides asking for stop-work on all new ports as an interim measure till a decision is arrived at, NDTV has asked the tribunal that civil and criminal action be taken against authorities, governments and private companies for causing damage to the coast due to their neglect, oversight or complicity. It has asked for a formulation of a national coastal policy, creation of a restoration fund and a cumulative environmental, economic and social impact assessment to decide the “the necessity of new ports and, if needed, the possible locations where a limited number of ports and harbours could be developed on sound scientific criteria.”
Its petition before the NGT was filed in 2015, four years after it aired a show called Save India’s Coast Campaign. The programme was sponsored by Toyota Kirloskar, the joint venture company that produces and sells Toyota cars in India.
NDTV has made the ministry of shipping and the ministry of environment, forests & climate change respondents in the case along with the port authorities of 11 states and Union territories that have a coastline.
NDTV, responding to detailed queries from Business Standard, said, “With more ports being proposed under the Sagarmala project without any steps being taken to restore the damage already caused to the coastline by earlier ports, harbours and allied coastal structures, India’s coastline will suffer even more damage. We cannot build more ports without restoring the damage caused by the existing or abandoned ones. Therefore, there is a need to create an accountability mechanism within the model concession agreement and create a restoration fund, which would be used towards protection and restoration of India’s coast. NDTV’s application before NGT is just praying for this.”
Responding to a query on Toyota Kirloskar’s role in the litigation, NDTV said, “In all our sponsorship agreements, sponsors do not have an editorial say in the content or nature of the campaign. Consequently, the agreement does not require NDTV to take the sponsors’ permission nor inform the sponsor of any further action that NDTV initiates, as part of the campaign.”
Toyota Kirloskar did not respond to detailed e-mail queries.
A cursory scan of reportage and court cases, with the help of some media critics, suggest it’s the first time that a media outlet in India has preferred to go to courts over an issue it has reported. It is definitely the first time in India that a media house has gone into litigation on an environmental concern. Some journalists, in their individual capacity, have joined petitions on social issues before courts.
The NDTV case has, so far, drawn a sluggish response from the Union ministries and the state port authorities, show various orders of the NGT over the course of hearings since September 2015. Orders show the tribunal had to repeatedly demand that the authorities file their replies to the petition. At one stage, it ordered a Rs 50,000 penalty against erring state governments for not responding. At another hearing, the NGT had to order a bailable warrant against the resident commissioner of Daman and Diu to get the Union territory to appear before it in the case. Some of the responding authorities have now challenged NDTV’s petition, on grounds of merit and limitation – that the time available to file such a petition is legally over.
When asked why NDTV had filed the petition in 2015, four years after it carried the campaign as a televised programme in 2011, the company said, “A campaign never ends. We had and have been trying many different routes to stop the degradation of our coastline. Now that more ports are being proposed under the Sagarmala project, it is pertinent that we have a restoration plan and accountability mechanism in place. We are not opposed to ports or development but are clearly concerned about any damage being caused to our coastal environment and the marine flora and fauna, which cannot be replaced.”
NDTV’s petition states as much: “More recently, the announcement of the Sagarmala project by the Hon’ble Prime Minister of India in August 2015 is an instance of the cause of action arising in this case. Therefore, the cause of action, in this case, is of a present and continuous nature and this application is well within the period of six months as required.”
The case is yet to be heard on its merits.http://wap.business-standard.com/article/economy-policy/ndtv-petitions-national-green-tribunal-against-sagarmala-project-116083100762_1.html