Former Maoist rebels and security forces accused of rights abuses in the country could get amnesty under the new law. 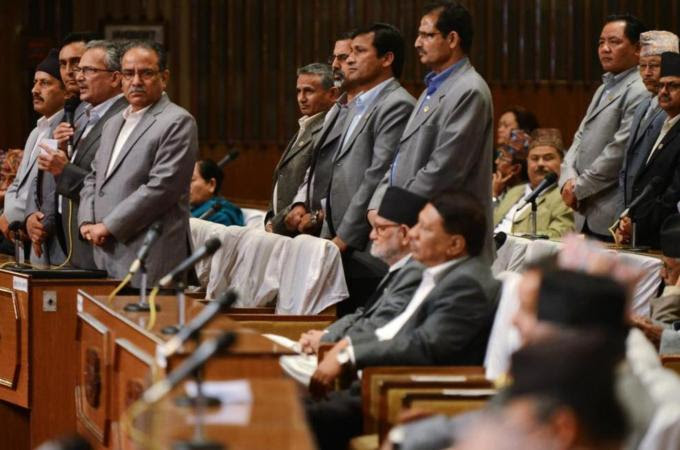 Any offer of amnesty would, however, need the victim’s approval, according to the bill [AFP]

Former Maoist rebels and security forces who committed torture, killings and other crimes during Nepal’s decade-long civil war could be granted amnesty under new legislation approved by parliament, a lawmaker said on Saturday.

Lawmakers late on Friday passed a bill in parliament to set up a Truth and Reconciliation Commission and a Commission on the Disappeared, aimed at healing wounds from the decade-long conflict that ended in 2006.

The legislation had drawn fire before its passage from UN human rights chief Navi Pillay who warned earlier this month that amnesties for serious abuses would “weaken the foundation for a genuine and lasting peace in Nepal”.

Under provisions of the legislation, those found guilty of serious crimes during hearings by the commissions could receive a full pardon, said Ram Narayan Bidari, a Maoist lawmaker.

Bidari was present in parliament when the bill was passed by a minimum two-thirds majority.

“The commissions will investigate cases of war-time crimes related to rape, murder, abduction, et cetera, and recommend whether they qualify for amnesty or not,” Bidari told AFP news agency.

The commissions will examine all pending war-crimes cases and decide whether to forward them to a special court that will be established under the new legislation, Bidari said.

“Even if cases have been filed in court or police investigations are under way, now these cases will be brought under the new commissions,” he added.

The civil war between Maoist rebels and the army left more than 16,000 dead, with both sides accused of serious human rights violations including killings, rapes, torture and disappearances.

Victims’ rights groups have accused politicians of bowing to demands from Maoist lawmakers to include an amnesty provision in the bill, despite recommendations from a government-appointed panel against one.

Any offer of amnesty would still need the victim’s approval, according to the bill, which will now be forwarded to President Ram Baran Yadav for his signature.

The Maoists and the government agreed to set up commissions focused on peace and reconciliation when they signed a peace deal.

An earlier Maoist-led government in 2013 passed legislation that sought to grant amnesty to those responsible for major human rights violations, but the Supreme Court rejected the provisions.

Although courts have issued arrest warrants and guilty verdicts in several cases of rights abuses during the war, no one has been sent to prison so far.