New Maharashtra assembly has lowest number of Muslims ever

[In numbers] New Maharashtra assembly has lowest number of Muslims ever
But state has elected highest number of women legislators.
Deepika Chillar, Rohini Singh and Neha Yadav  at scroll.in

Photo Credit: Facebook
A lot of quick explanations have been thrown around to explain the results of the recent Maharashtra assembly elections: the continued effect of the Modi wave, the anti-incumbency effect, the snapping of alliances, the engineering of defections before the campaign. But to measure the impact of these assertions, it is necessary to back them with data.While the Modi wave cannot be measured due to the sweeping character of the assertion, we can provide data on some other indicators of the Bharatiya Janata Party’s success and of other parties’ fortunes and misfortunes.

We can also look as the state of representation of women and minorities to see whether these elections mark a departure or a continuation from previous trends.

Another way to measure the effectiveness of candidates is to look at the number of candidates who forfeit their deposits ‒ meaning those who have gained less than one-sixth of the total votes polled in their constituency. 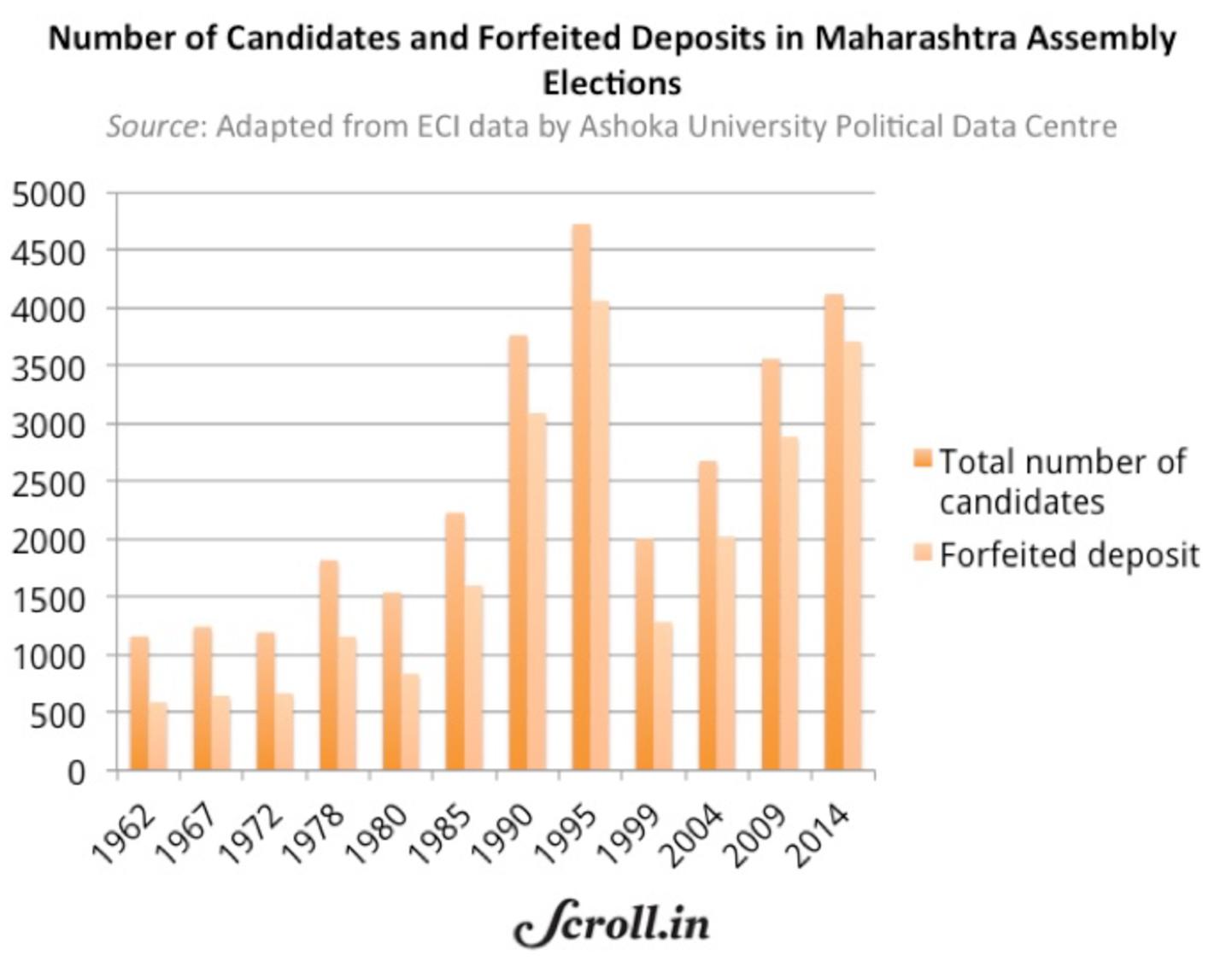