The due diligence of Fortis Healthcare has unearthed unpaid vendors’ bills of ₹450 crore, a ₹503 crore penalty on Fortis Escorts Heart Institute and undisclosed land-related issues at three of its hospitals 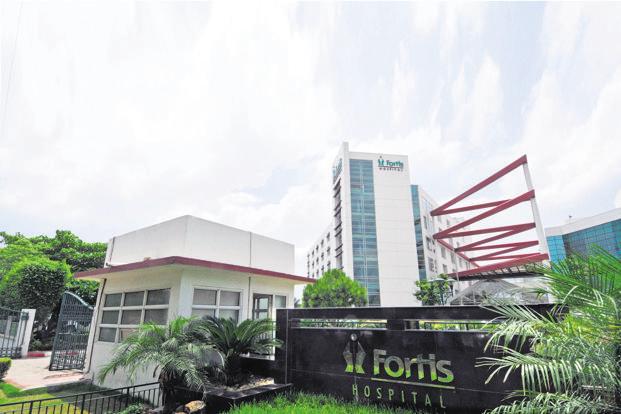 The unpaid dues that came forth during due diligence could cast a shadow on Fortis Healthcare’s valuation, which was pegged earlier by TPG-Manipal at ₹180 per share. Photo: Ramesh Pathania/Mint

Mumbai: The due diligence of Fortis Healthcare Ltd has unearthed unpaid vendors’ bills of ₹450 crore, a ₹503 crore penalty on its subsidiary Fortis Escorts Heart Institute and undisclosed land-related issues at three of its hospitals, three people aware of the matter said.

All of them spoke on condition of anonymity.

The four suitors for Fortis Healthcare are the Hero Enterprise Investment Office-Burman Family Office (Dabur) consortium; IHH Healthcare Bhd; Radiant Life Care backed by US private equity firm KKR; and the Manipal-TPG consortium. They will complete due diligence by 10 June and make fresh offers by 14 June.

Separately, some of Fortis’s creditors are also thinking of recovering their dues of ₹2,500 crore by taking the troubled company to the bankruptcy court, said one of the three people cited above.

The developments could cast a shadow on Fortis’s valuation, which was pegged earlier by TPG-Manipal at ₹180 per share.

“Due diligence may pull down the valuation. Also, the company’s performance has deteriorated. There are some land-related issues with the Gurgaon hospital, apart from similar issues at hospitals in Malad and Vashi (Both in Mumbai). I do not expect the fresh bidding to be too high,” said the second of the three people mentioned above, a contender for Fortis’s assets.

Fortis’s suitors have 10 days to complete financial and legal due diligence, after which they can submit bids by 14 June. The winner must invest at least ₹1,500 crore in the company through a preferential allotment, apart from formulating plans to fund the acquisition of RHT Health Trust and facilitating exits for private equity investors.

Fortis’s subsidiary Fortis Escorts Heart Institute was directed by a special committee on 29 May to pay ₹503.36 crore to the Directorate General of Health Services within a month on charges that it was making unreasonable profits.

“They have got some relief here, and it has been pushed till December, but whoever gets to buy Fortis will have to pay the fine,” the second person cited above said.

A Fortis spokesperson said in an email: “In the normal course of business, there are vendor payments due at any point in time with some delays. These are cleared as soon as possible in an appropriate manner. Also, we are not aware about any creditor/s moving to NCLT to recover their dues.”

The Delhi high court has stayed the DGHS order to recover over ₹500 crore from Escort Heart Institute and asked Fortis to deposit ₹5 crore within three weeks with a directive that no coercive action be taken against it till the next hearing, the spokesperson added.

The third person mentioned above added, “There are creditors who are overstretched. These are the guys who supply essential consumables to hospitals. If you see the creditors’ due in the balance sheet, it is Rs450 crore. Second, their credit rating is on a decline. Fresh borrowing is very difficult and more prohibitively expensive.”

“The real story of Fortis is that they are today crumbling,” added this person. “It is like a house of cards which is collapsing. One, they do not have money to pay for salaries. I can understand doctors not getting paid, but when support staff gets stretched, that is where the pain begins to feel.”