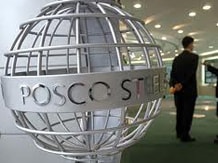 The National Green Tribunal (NGT) has asked the state pollution control board and Union Ministry of Environmentand Forest (MoEF) to reply within three weeks regarding extension of environment clearance (EC) for Posco’s steelplant project at Paradip.

“Let reply be filed within three weeks from today with advanced copy to counsel for appellant, who may file rejoinder within two weeks,” the court said today in its daily order posted on its website.

Hearing a case filed by environmentalist Prafulla Samantray, the green court today asked the Central and the state governments to clarify the questions raised about the re-validation of environment clearance granted on 7 January, 2014.

The EC for the steel plant was extended as per an order issued by NGT in 2013. While hearing another case related to forest clearance and tree felling at proposed plant site of Posco, the court had asked the MoEF to re-validate the EC granted in 2007.

The original EC in 2007 was granted for 12 million tonne per annum (MTPA) steel plant of Posco along with its captive port and other facilities. However, in the re-validated EC, the MoEF has granted the clearance for four million tonne plant and said there is an inbuilt provision to build another steel mill of 4 MTPA capacity later.

The petitioner, in a fresh appeal filed in last week of March, said the re-validation approved in January this year and the original EC granted in 2007 was cleared without looking into ground reports submitted by experts and hence is illegal. “The EC was illegal and that’s why the court admitted our prayer to hear the matter,” said Samantray.