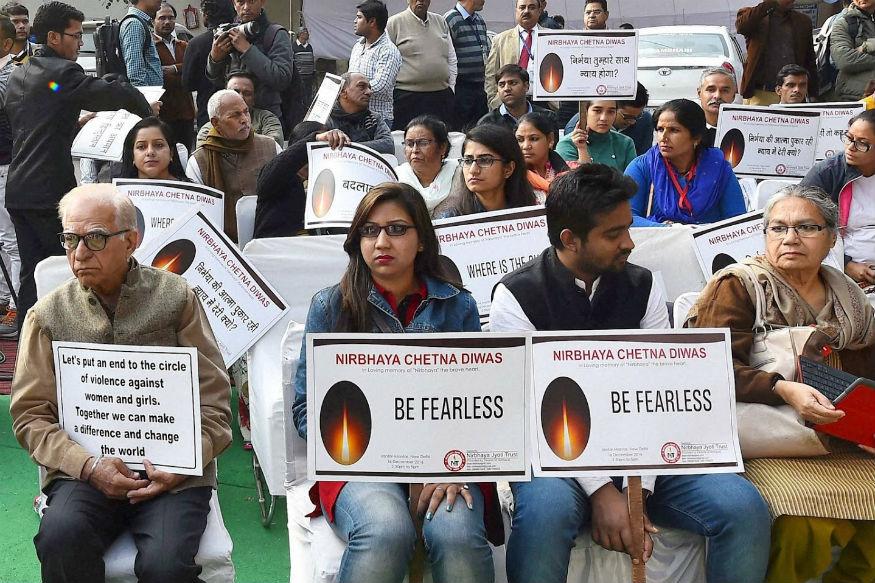 A file image of people holding placards at a programme to observe the 4th anniversary of Nirbhaya gang-rape case as ‘Nirbhaya Chetna Divas’ at Jantar Mantar in New Delhi. (Photo: PTI)

New Delhi: The Supreme Court was told on Tuesday that the Nirbhaya fund created to support measures for women’s safety and empowerment does not reach the intended beneficiaries and is hardly utilised.

“Problem is not the lack of money. The problem is that the money is not reaching the hands it was meant for,” amicus curiae Indira Jaising told the bench of Justice Madan B. Lokur and Justice P.C. Pant.

Nirbhaya Fund was announced by the Centre in 2013 to support initiatives of the government and NGOs working towards protecting the dignity and ensuring safety of women.

As Jaising pointed out that the information available was relating to allocations and no one knows whether they reached the destination, the bench asked the Centre to furnish the details about the utilisation of the fund.

The court is holding hearings on a number of issues flagged by the amicus curiae, including compensation to rape victims, witness protection programme, One Stop Crisis Centre (OSCC) for Rape Survivors and the regulation of radio taxi operators.

Addressing the court on the relief and rehabilitation of the rape victims, Jaising said that emphasis should be more on investing in the human resources than the infrastructure development as 94 per cent of the sexual crimes in the country are by an intimate person including the fathers.

She told the court that the sexual crime by the father puts the mother in the quandary as to take or not to take to legal recourse which in most of the cases she does not.

Jaising advocated track II social welfare network which should take over such cases to take them to logical conclusion.

Advocating the track II social welfare network to deal with the situation where family is reluctant to act against the offender of the sexual crime, Jaising said, “Our response is to make harsher and harsher laws.”

The bench had certain reservation on the suggestion of the track II social welfare network as it pointed out that by the law laid by the constitution bench judgment mandates the registration of FIR and even the medical doctor in the hospital was obliged to follow the law.

The hearing will continue on Wednesday.